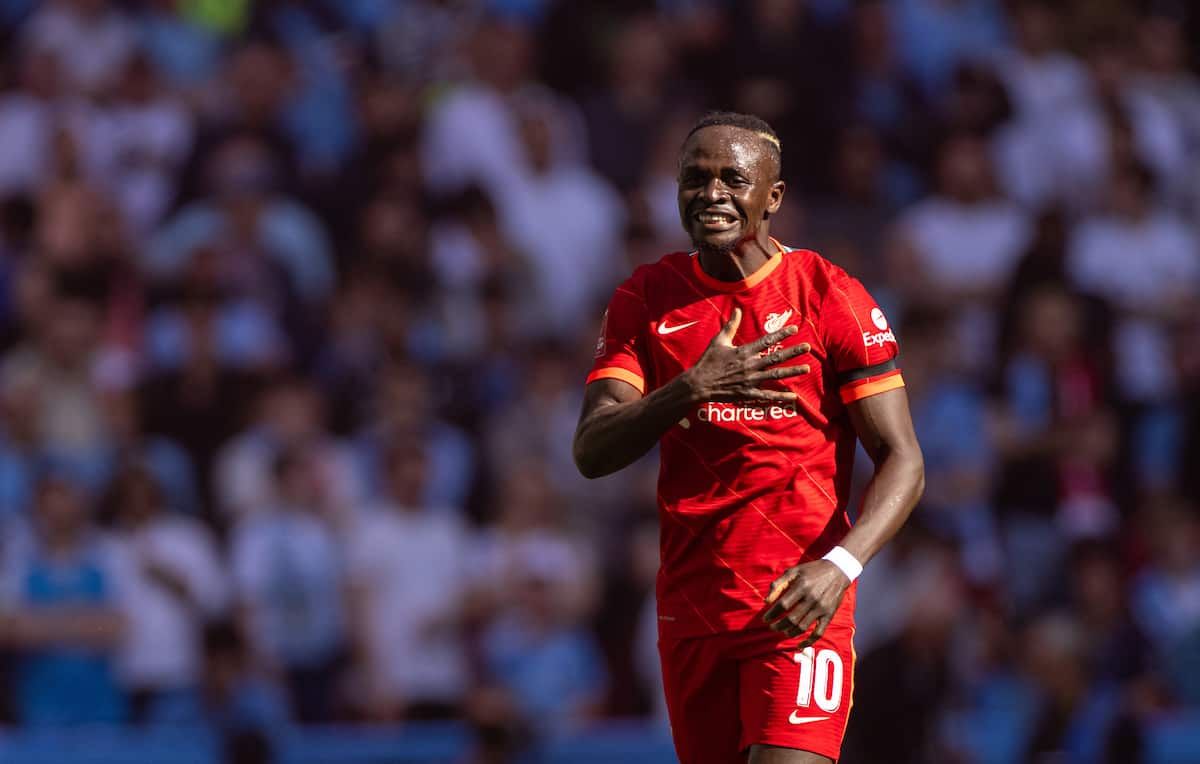 Liverpool forwards Sadio Mane and Mohamed Salah’s goalscoring form is currently at completely opposite ends of the spectrum but manager Jurgen Klopp is happy with both of them.

Mane’s two goals in the FA Cup semi-final victory over Manchester City at Wembley took his tally to four in as many matches, while his team-mate has now gone six games without a goal and his last from open play was in mid-February.

While Salah’s position on the right side of attack is virtually guaranteed every fixture, Mane has seen winger Luis Diaz arrive in January – while he was away winning the Africa Cup of Nations – and have an immediate impact on the left flank which has traditionally been the unopposed domain of the Senegal international.

Klopp, however, believes Mane’s current resurgence has less to do with the £37.5million Colombian and more to do with Mane’s attitude and having recovered from a draining six weeks with his national team.

“I have known Sadio nearly six years, as far as I know he never needed any kind of competition to try to be the best version of himself,” he said ahead of the visit of arch-rivals Manchester United. 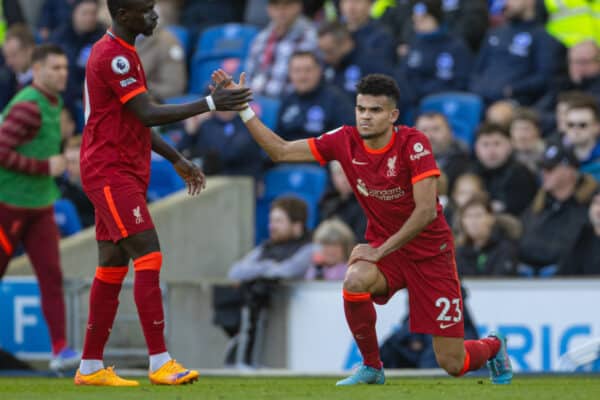 “He played for a long time pretty much all games when he was fit and performed on an incredibly high level consistently.

“No, I don’t think Luis is the reason Sadio scored four goals but somehow, maybe because Luis obviously can keep a last line pretty busy that then opens up gaps for other players.

“Sadio as well had some physical struggles since he came back (from the Africa Cup of Nations); he didn’t feel it but we could see he could not use his immense physicality week in, week out or every three days – that was the problem.

“I really felt before the game against City ‘OK, that looks like Sadio physically’ and that is why he could play the game he played. 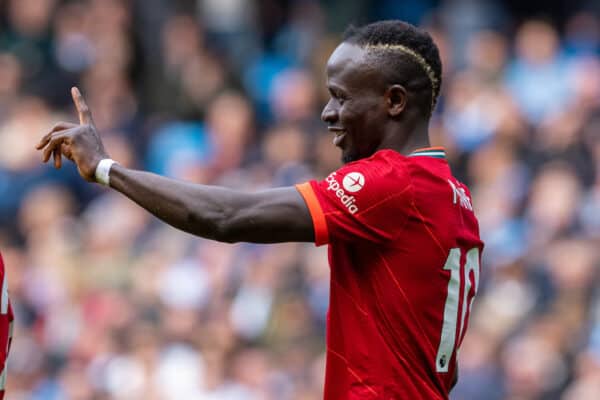 “He was super-difficult to defend and very helpful and incredibly important in our defending because the first goal he scored, you only can score if you try to get there and he did that and you only do this run if you feel fresh enough to do it.”

Salah, by contrast, has looked tired on occasions and his usual sharpness in front of goal appears to have deserted him for now.

Klopp, however, is not worried as the goalscoring responsibility has been taken up by Mane, Diogo Jota and also, somewhat unexpectedly, Ibrahima Konate with the central defender scoring the opening goal in their last three matches.

“I liked the game against City a lot, it was a really good football game, and it’s only a question of time when he will score as well.

“He was unlucky in a couple of moments and we all know if you don’t have luck as a striker you don’t even try.

“It was close enough now for a couple of times. The moment will definitely come. I am really happy with the performance he showed a few days ago.”

Asked whether he had reason to speak to the 29-year-old about his form Klopp added: “Not really, it depends. You have to look at it and then I have to make a decision if there is a need if we talk or not. 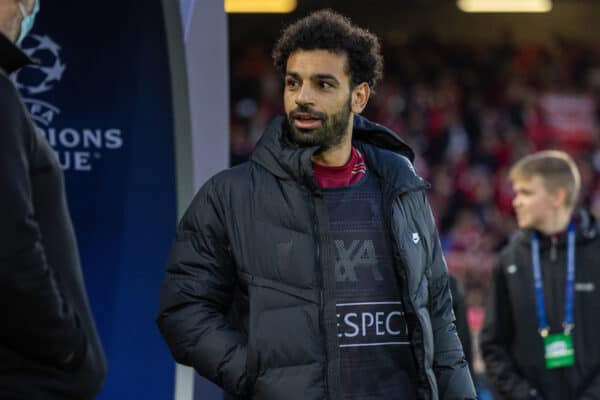 “We had plenty of talks over the time we worked together but in this specific time there is no need for it.

“We talk about the situation, we talk about the normal stuff about what he has to do in the game, the gameplan and how to expose the opponent but it’s completely individual to all players.”