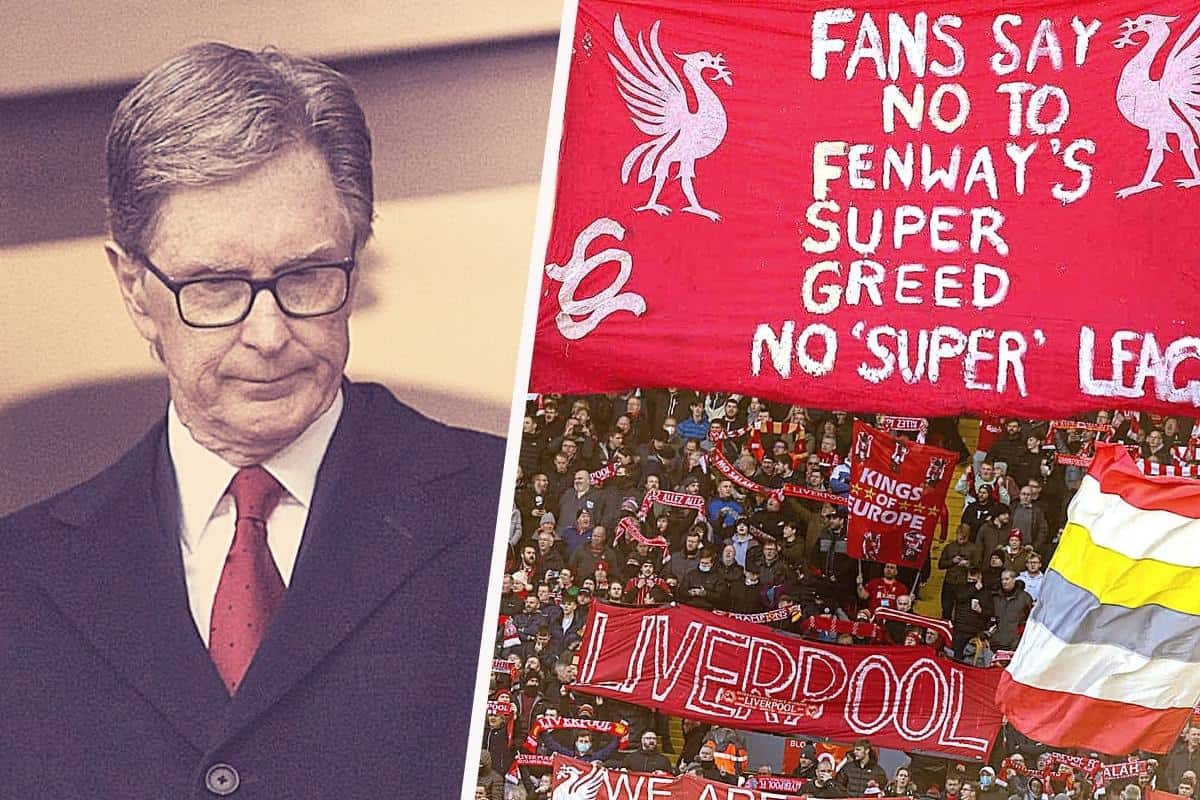 “We don’t like it and we don’t want it to happen. This is our collective position. Our commitment to this football club and its supporters is absolute and unconditional. You’ll Never Walk Alone.”

This was the defiant stance taken by Jordan Henderson after it was revealed that Liverpool were embroiled in plans to form a breakaway European Super League. It seems inconceivable that a Premier League captain could speak so openly and candidly in opposition to any plans that his employers were essentially at the heart of, but that was the reality of the football world just 12 months ago.

Of course, there was very little about the 2020/21 season that could plausibly be described as ‘normal’, but all things considered, this may well have been the craziest few days of them all.

Spirit of Shankly spoke out against the proposals. Sir Kenny Dalglish did the same. Each and every member of the current playing squad openly shared the captain’s sentiments. It appeared that the only people who weren’t able to pre-empt the catastrophic consequences and metaphorical own goal about to be scored by the club were those at the very forefront of the operation.

Those who didn’t like it were dismissed as ‘legacy fans’ for believing that a closed shop cash grab would be to the detriment of the sport.

The backlash and eventual u-turn were sandwiched in the middle of one of European football’s most turbulent weeks in its history. It is borderline disturbing how quickly it was allowed to be swept under the carpet. Football was very nearly never the same again, but thankfully fan power prevailed and for once those at the top weren’t able to wriggle out.

This was by no means a simple case of goodies triumphing over baddies. If anything it has allowed UEFA to usher in their new Champions League proposals through the back door with minimum fuss, while the rest of the football world was placing its outrage at the door of the alternative.

How can anyone have any sort of faith in the future of European football when those who hold the most power continually do their utmost to push against everything that the sport stands for?

On April 20, 2021, the voices of supporters were finally heard, when the boundaries of greed had been stretched to their absolute maximum. Protests were held at the stadiums of all of the ‘top six’ English clubs involved in the scheme, and it is quite frankly scary to imagine where all of this would be if they hadn’t. 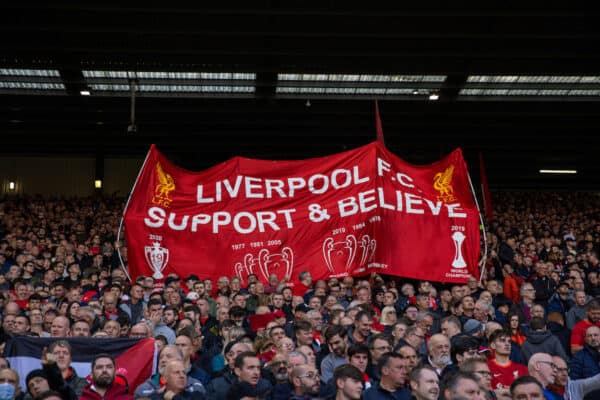 A relatively modest number of Liverpool fans staged a peaceful protest on Anfield Road prior to the 1-1 home draw with Newcastle, where the home coach was applauded into the ground as a show of solidarity with the players who had spoken out in favour of the fans’ remonstrations.

I myself was at that protest, where a Sky reporter quizzed me about my motives for attending and proceeded to list the signings of Alisson and Virgil van Dijk as a defence for the owners’ shortcomings elsewhere. It was a grim reality check that illustrated the level of short-sightedness enabling football owners up and down the land to trample on supporters (whose money and love has put football where it is today) for as long as they had done.

Those three days in April were a unique but powerful example of what can be achieved when fans come together. Rarely has anything united rival supporters to the extent that the magnitude of the Super League and its repercussions had managed to.

So what of the future? Remarkably Real Madrid, Juventus and Barcelona are still yet to remove themselves from the proposals and seemingly have no intention of doing so, despite the enterprise crumbling before it had any chance to build momentum.

The attitude of that reporter outside Anfield pre-Newcastle, and the distinct lack of pressure on the ‘top six’ owners since, shows that we still have a long way to go to ensure that something of a similar nature doesn’t happen again.

That week demonstrated that legacy fans still have a voice in the beautiful game despite the financial muscle of the super-rich who continue to make the big decisions. The truth is that the European Super League was, at the very least, an examination of the limits of what they could get away with.

In all likelihood, the Super League will be back. Be it headed by Florentino Pérez or some other clown, it will likely rear its ugly head once again in some form or another. What is important to keep in mind is the collective force that supporters possess, the sheer speed of the turnaround in April attests to that.

It is imperative that we don’t forget what they tried to get away with and that when faced with similar manoeuvres from the powers that be, we recall how influential the voice of the ‘paying customer’ still is.

“The last few days have been difficult for everyone who loves Liverpool Football Club and I really hope we do the right thing.” – Sir Kenny Dalglish