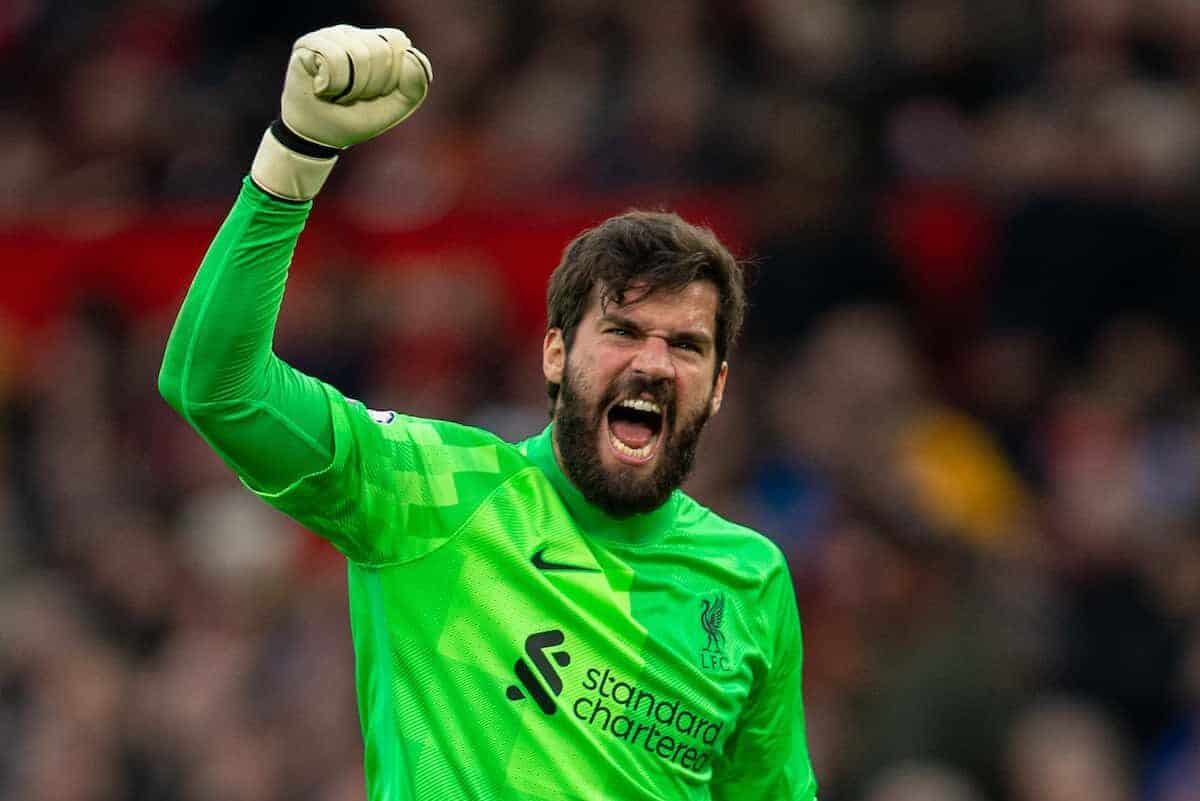 Goalkeeper Alisson Becker is ready to throw himself into attack again if necessity dictates Liverpool need a goal to keep their trophy quest on track.

The Brazil international famously scored an added-time winner with a header from a corner at West Brom late last season which helped the Reds’ bid to secure Champions League qualification.

Such has been Liverpool’s form he has not been required to produce similar heroics since, but with the team still chasing an unprecedented quadruple there may be a time when he is called upon again.

“I think if it is needed it is clear I am going,” said Alisson. “If they call me, I go. If not, no problem. We have enough players to score.

“I hope it will not be necessary but if it is needed, if it is the last time [to score], we will try everything we have to win the games.”

With the Carabao Cup already secured, having one foot in the semi-finals of the Champions League holding a 3-1 lead over Benfica heading into the home second leg and an FA Cup semi-final against Manchester City on Saturday, there is the chance for more silverware.

But Alisson said while the dream of winning trophies starts at the beginning of the season, it was not a topic of discussion for players even when possibility moved closer to reality.

“In the beginning of the season you start to dream already, you set the targets and prepare yourself for the whole season,” he added.

“We know football is not that easy, you just set targets and then [it’s] OK. You have to play, you face great opponents and in England it is really hard: Premier League, League Cup, FA Cup, you play against the best teams in the world. 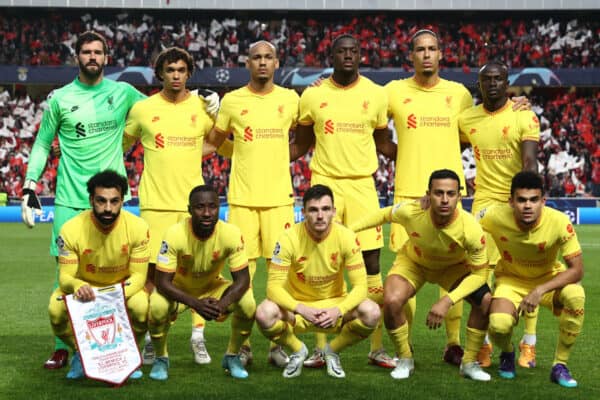 “Of course when you reach a final and you see how close you are to lifting a trophy, that is an important moment as well – but we face all the games we have in front of us with the desire to win and to achieve our targets.

“I think all the time we are not focused on the next challenge we speak a little bit [about trophies] but we don’t need to talk too much about that.

“We are in a big club and a big club wants to do great things, wants to achieve great goals.