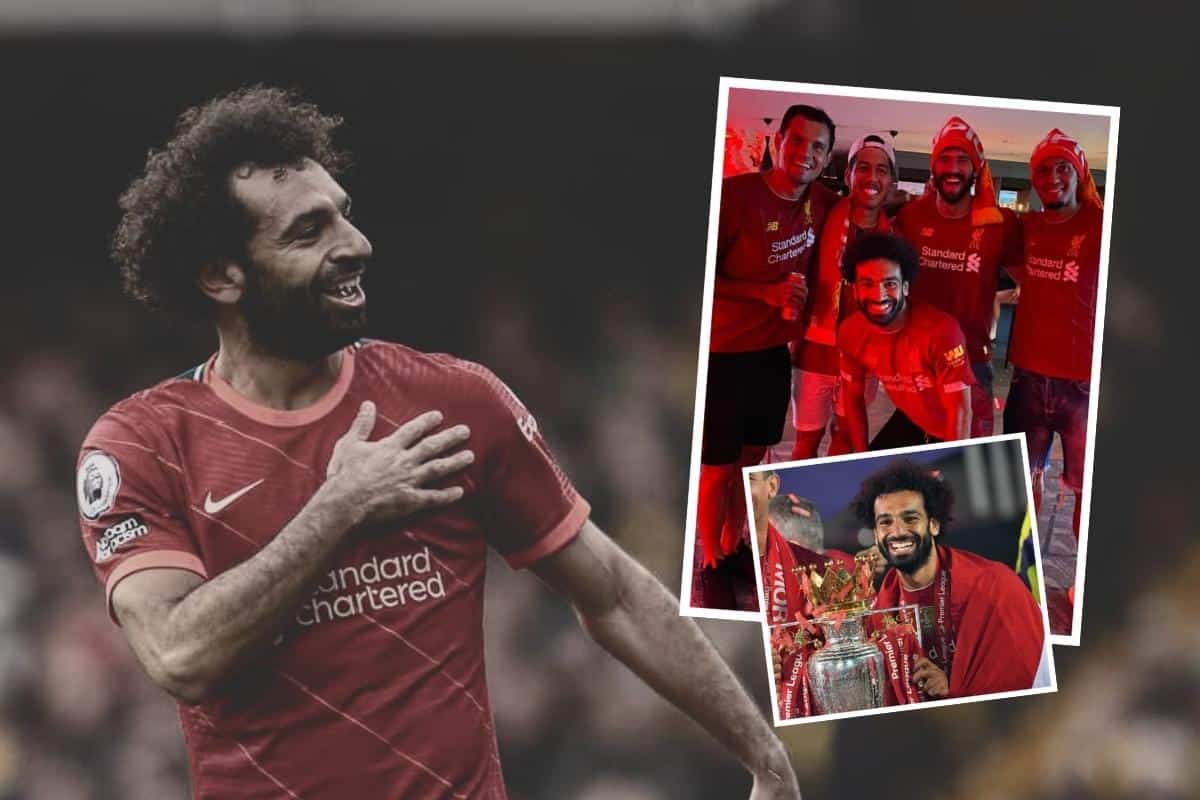 The moment Liverpool were officially crowned Premier League champions in 2020 is one etched into all our memories, but perhaps Mohamed Salah was one of few with a different preference that night.

On June 25, 2020, Jurgen Klopp‘s side ended a 30-year wait for a league title – a day few will forget where they were when the moment finally arrived.

It came by virtue of Man City‘s defeat at Chelsea, with the Liverpool squad watching on together at Formby Hall as they were ushered in as champions and went on to celebrate as such.

With seven games to spare, the Reds set a new record for the earliest title win but Salah had envisioned it a little different, even amid the backdrop of the pandemic and behind closed door games.

After sitting down with Liverpool’s No. 11 at the start of April, FourFourTwo‘s Chris Flanagan had an interesting insight to share with This Is Anfield regarding Salah, including his preference for how he wanted the Reds to be crowned champions.

“He was very polite throughout, open to chatting about various different subjects, and even shared some humorous memories,” Flanagan told This Is Anfield.

“Like the time when Liverpool won the league and he said he was the only player at the hotel that night who was actually supporting Manchester City to beat Chelsea – because he wanted to win the title on the pitch with a Liverpool victory.

“Throughout our chat, I got a real sense of how proud he is about everything he’s already achieved during his time at Liverpool so far, and what the club means to him.”

He may not have been alone in hoping to have won the title on the pitch after a relentless run of 28 wins from 31 games at that point, but the way Liverpool were crowned champions will always be savoured.

You can read FourFourTwo’s interview with Salah in their magazine, which goes on sale in the shops this Thursday (April 28) and is available to order online now here.