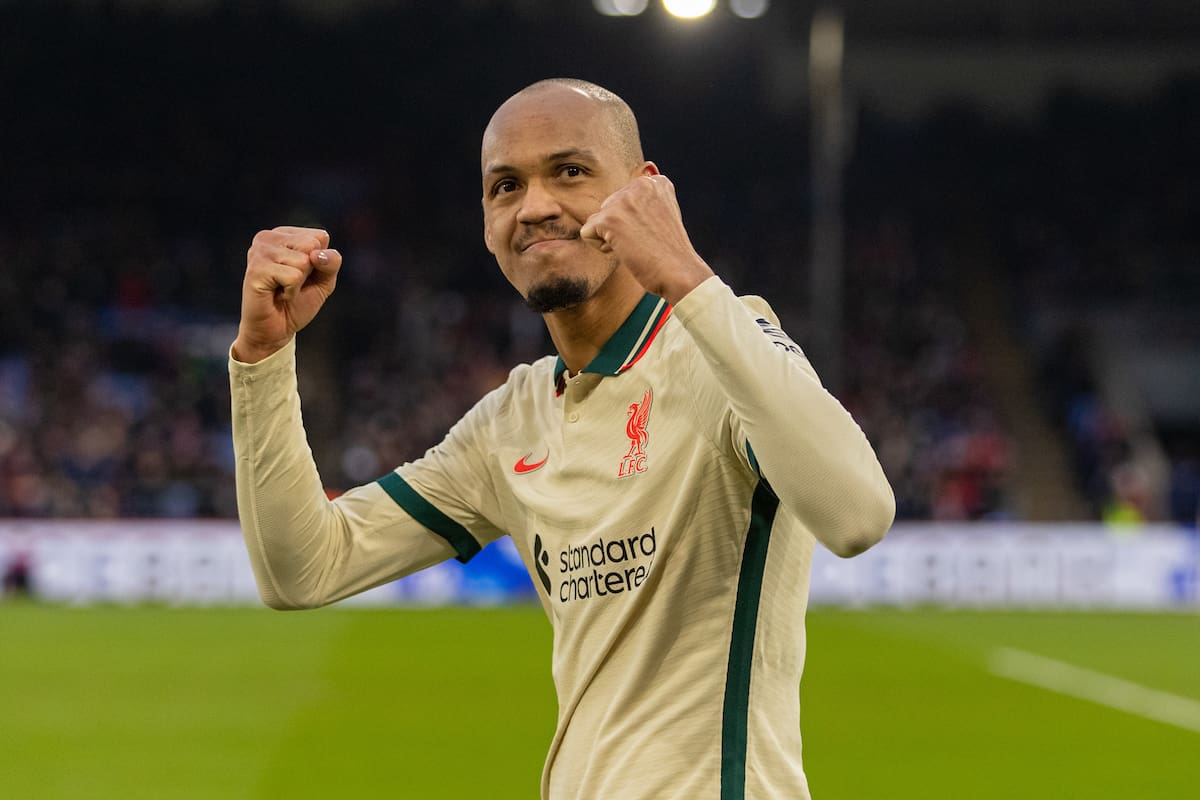 Jurgen Klopp has explained that there’s “a good chance” that Fabinho will be available for the Champions League final later this month.

Liverpool’s No. 3 provided an unwanted scare on Tuesday night as he clutched at his hamstring and was forced from the field after just 30 minutes.

An appearance in the FA Cup final on Saturday was quickly chalked off and he will be hard-pressed to return for the two remaining Premier League fixtures against Southampton (May 17) and Wolves (May 22).

But it is the Champions League final that is on everyone’s lips, will Fabinho be fit in time?

Klopp says there’s “a good chance” he will be – and that is to be kindly received as the meeting with Real Madrid in Paris is in less than 16 days.

“There’s a good chance that he will be available for the Champions League final,” Klopp said on Thursday.

Speaking about the options without the influential midfielder, the boss added: “We have to [continue]. Because we can cope. Having him or not having him is a difference but it is all fine. That’s normal stuff that happens.

“We have a few players. Hendo came on [at Aston Villa] and played incredible, he has played super games this season at [No.] 6 so that is not a problem.”

With Jordan Henderson and Thiago almost certainties, the question is who will Klopp look to partner the duo with, especially at Wembley on Saturday.

Naby Keita looks the likeliest option but Curtis Jones and James Milner have both rotated through the midfield in recent weeks.

In the meantime, Fabinho‘s recovery will have already started in earnest as the clock starts ticking toward May 28 – but Klopp’s optimism means we could see him make positive strides with time to spare.