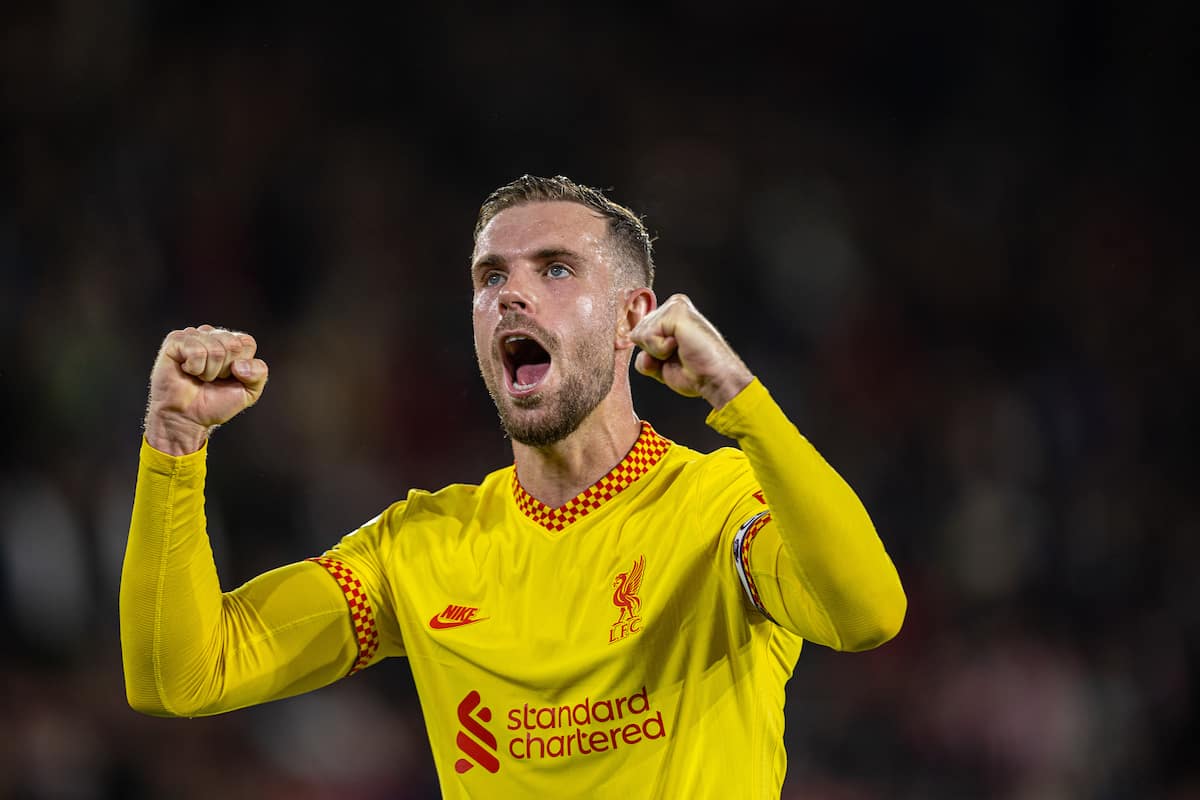 Jordan Henderson has looked ahead to the final day of the Premier League, with the title still on the line, hoping Steven Gerrard’s Aston Villa “do us a favour.”

The Reds fought back for a 2-1 win at Southampton on Tuesday night, ensuring the battle for the title goes to the final day.

Man City remain top, with a point between them and Liverpool, with the two rivals both at home in Sunday’s 4pm kickoffs.

Liverpool host Wolves while City take on Villa at the Etihad, with the narrative already written as Gerrard, Philippe Coutinho, Danny Ings and Co. have the opportunity to hand their former club the title.

Speaking to Sky Sports after the victory at St Mary’s, Henderson assessed the situation at the top of the table, urging focus on the task at hand while hoping for a “favour” elsewhere.

“That was the aim, to take it right to the end,” he explained.

“[There were] a lot of changes in the team but the lads were brilliant, kept it going right to the end and we got our reward.”

The captain added: “We’ll concentrate on what we’ve got to do and hopefully Stevie and Villa will do us a favour at City.”

Henderson, who said that he would sooner “put the kids’ channels on” than watch Man City due to their dominance, painted the Liverpool squad as battered and bruised but re-energised by the FA Cup final triumph.

“We’re constantly in cup finals, we’re used to it,” he continued.

“We’re celebrating in the changing rooms, then next we’re on the plane [to Southampton].

“The cup final at the weekend gave us a bit of a boost. To get over the line and win that.

“We’ve had one or two lads with knocks or bruises, we’ve used the whole squad, the energy levels were good tonight.”

After nine changes for the trip to St Mary’s, paying off at Takumi Minamino netted the equaliser at 1-1, the Reds are set to return to full strength against Wolves.

But as Klopp told reporters in his post-match press conference: “Whatever happens this year happened because of this group [as a whole].”