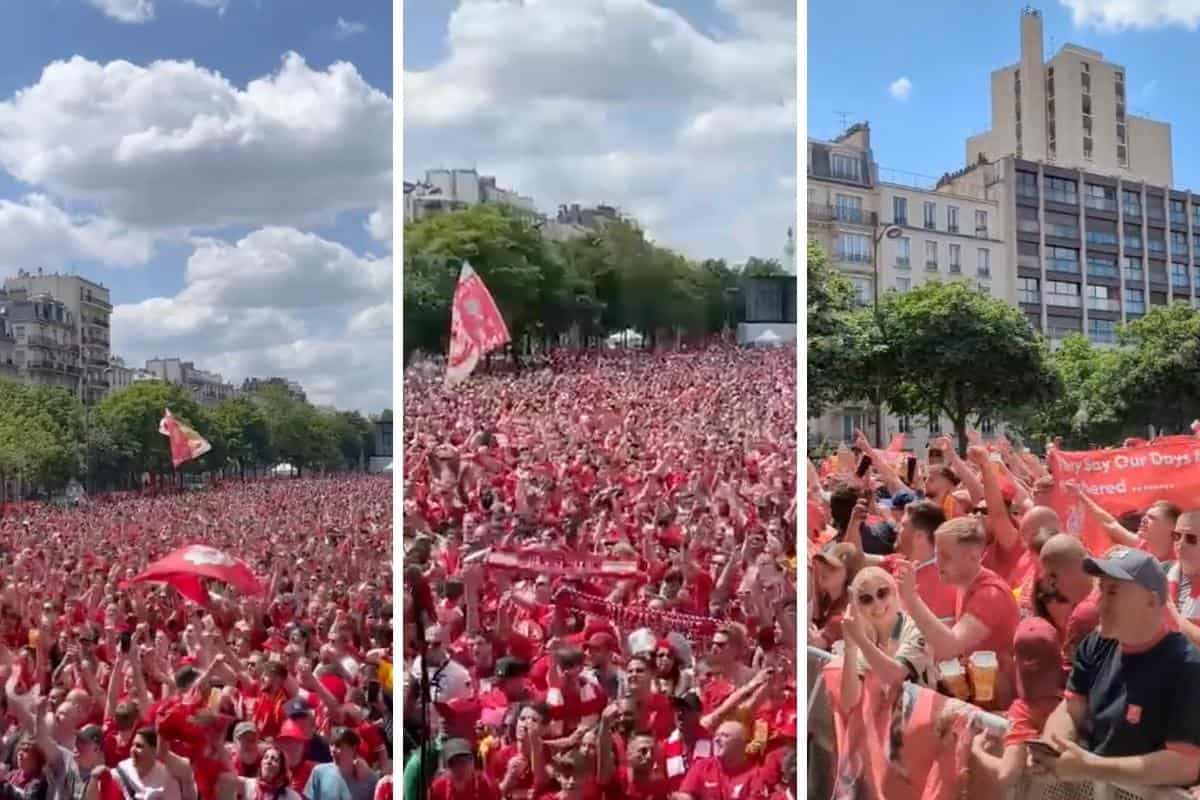 Liverpool supporters have flocked to the fan zone in Paris, with thousands of fans creating incredible scenes in the build-up to the Champions League final.

With Liverpool to meet Real Madrid later in the day at the Stade de France, Paris turned red as supporters arrived in their droves looking to push Jurgen Klopp‘s side to victory.

Tens of thousands have made the journey to experience the unique atmosphere that only a European Cup final can bring about, and what a sight it is.

The fan zone in the southeast of Paris, on Cours de Vincennes, is a sea of red as far as the eye can see – and the day is still young!

The Liverpool fan zone is in full swing ?#LFC ? pic.twitter.com/4rVFNrlnYE

warming up outside the fanzone ?? #UCLfinal Allez Lez Rouges?? pic.twitter.com/40gLLRRasB

‘Speech, speech…’ cry the crowd as King Kenny arrives at the #Paris fan park. ‘What a wonderful way to end the season, winning the European Cup!!’ he says. Went down well! pic.twitter.com/iGUi2g0sgU

Only love, can set you free… ?? pic.twitter.com/BeBa8TJ6YD

The atmosphere is certainly building but fans are experiencing long waits to get into the area due to checks, but the hope is it is as seamless as possible.

Jamie Webster is due to take the stage later this afternoon and you can expect more incredible scenes on a day full of emotion for Liverpool.

These are the days, Reds!