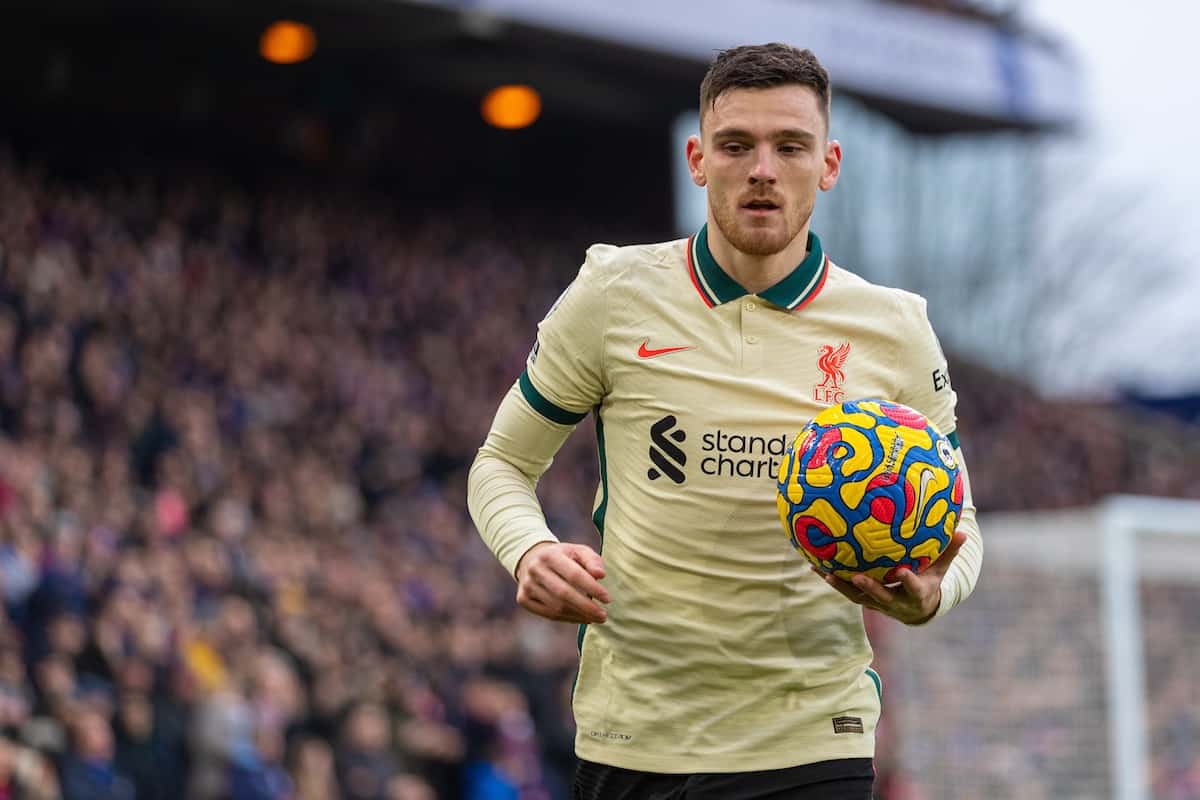 With Andy Robertson left out of the squad entirely for Tuesday’s 2-1 win at Aston Villa, Jurgen Klopp has relieved concerns over a setback for the left-back.

Klopp made five changes for the trip to Villa Park in midweek, with Kostas Tsimikas one of those to come in for a hard-fought 2-1 victory.

Typically, with the manager able to a name nine-man bench in the Premier League, he keeps a full-back among his substitutes, but that was not the case this time.

Joe Gomez effectively filled that void, with Robertson omitted from the matchday squad, raising fears over a possible injury for the first choice.

But speaking to reporters after the win, Klopp confirmed that his No. 26 was simply rested, having started the previous seven consecutive games.

“Robbo was today not in the squad because I just wanted to give him a rest at home,” the manager said.

“We took another striker into the squad [in Roberto Firmino], for if we needed it.

“That’s it, so apart from that we should be fine.”

That means Liverpool’s only current injury issue for the FA Cup final on Saturday is Fabinho, who was forced off midway through a calamitous first half with a hamstring problem.

Klopp revealed that the Brazilian was “quite positive” about the situation, but admitted: “I’m not sure what I can make of that.”

“We will see,” he added, “but I think the rest came through without problems.”

Robertson has been a near everpresent for Liverpool so far this season, making 44 appearances in all competitions along with eight more for Scotland, and it was clear in the 1-1 draw with Tottenham at the weekend that he needed a break.

Fortunately, in Tsimikas the Reds now have a more-than-capable deputy, with the Greek impressing again at Villa.