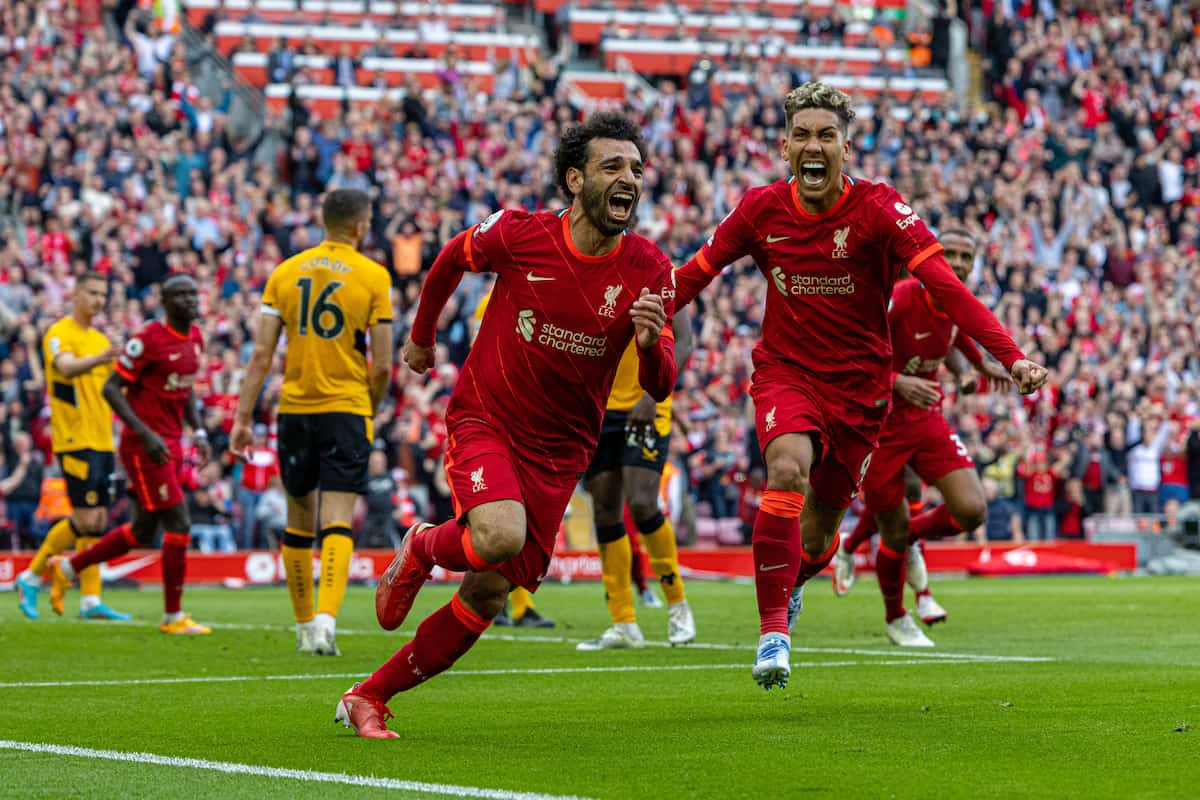 Liverpool did their job but Aston Villa were unfortunately unable to hold on, with the Reds’ 3-1 win over Wolves not enough to nick the title off Man City.

It was not in the script, but Wolves went 1-0 up in the third minute at Anfield.

A poor time for Ibrahima Konate to let his standards slip, the Frenchman completely misjudged a long ball which allowed Raul Jimenez through – and the striker laid Pedro Neto on for a simple opener.

With victory essential regardless of Man City‘s result, that sparked Liverpool into an all-out attack, but centre-back remained a problem position as Leander Dendoncker almost established a two-goal lead. 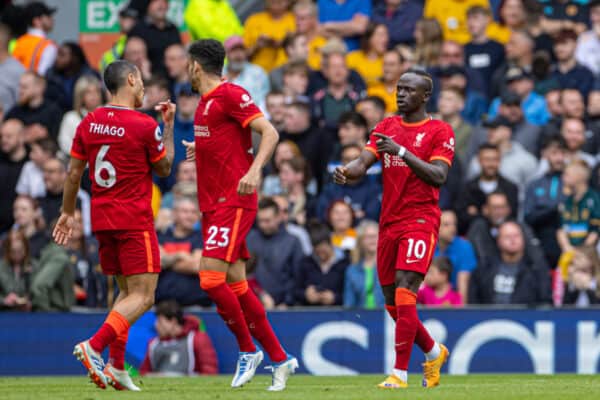 But the brilliance of Thiago launched the Reds back into the game, as the midfielder turned and backheeled Sadio Mane through – and crucially, onside – for a great finish beyond Jose Sa.

Elsewhere, at the Etihad, Villa grabbed an opening goal through Matty Cash, with the roar around Anfield showing exactly what it meant. 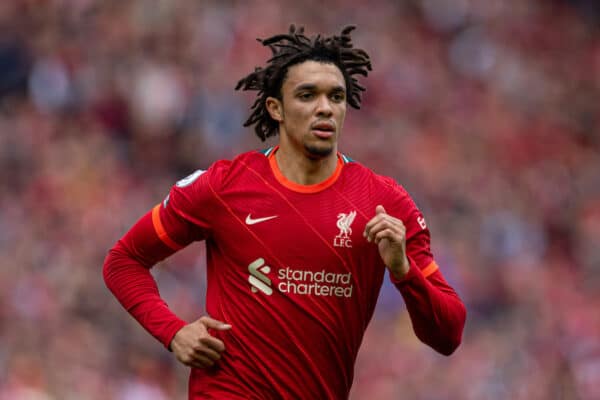 The news appeared to impact the players on the pitch, with Liverpool’s approach growing more frantic despite having over 50 minutes left to play, as they pushed for the all-important goal.

A blow was dealt as Thiago pulled up off the ball and headed down the tunnel before half-time, with the Reds left to do without their tempo-setting No. 6 for a crucial second half at Anfield.

Thiago did not emerge after the break with James Milner taking his place, while there was an enforced change for Wolves between the sticks as John Ruddy replaced Jose Sa.

It was almost the perfect start for Liverpool as Mane found space in the box and chipped the onrushing Ruddy to go ahead, only to be ruled out for offside.

So Jurgen Klopp turned to Mohamed Salah, back following a groin injury, with an ineffective Diogo Jota coming off as the manager resisted the temptation to go 4-2-3-1. 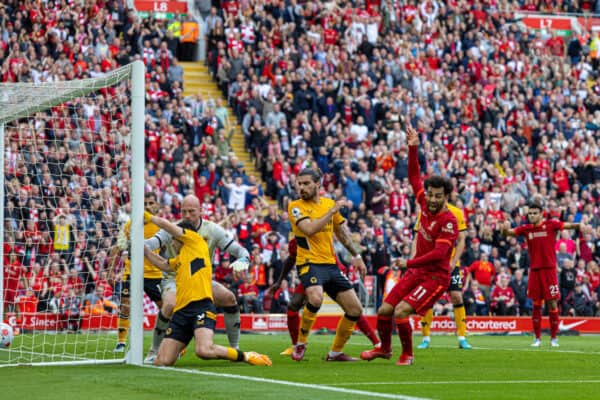 The Reds lost their tempo for a long stretch as Salah squandered a big chance, but news of Villa’s second goal – through Philippe Coutinho, no less – flowed through the stands to give the players a timely push.

It was 4-2-3-1 time, with Roberto Firmino taking over from Naby Keita. But a quickfire double from City to make it 2-2 made it all the more difficult.

Then the killer blow. Ilkay Gundogan scored his second of the game and put City in the lead for the first time.

Salah and Andy Robertson both got goals late on to seal the victory, but unfortunately, it was not enough to clinch the title, with the trophy landing at the Etihad for the second year in a row.

A disappointing end to an incredible Premier League campaign, but one that Liverpool can close with pride despite missing out on the title.

Now on to Paris.