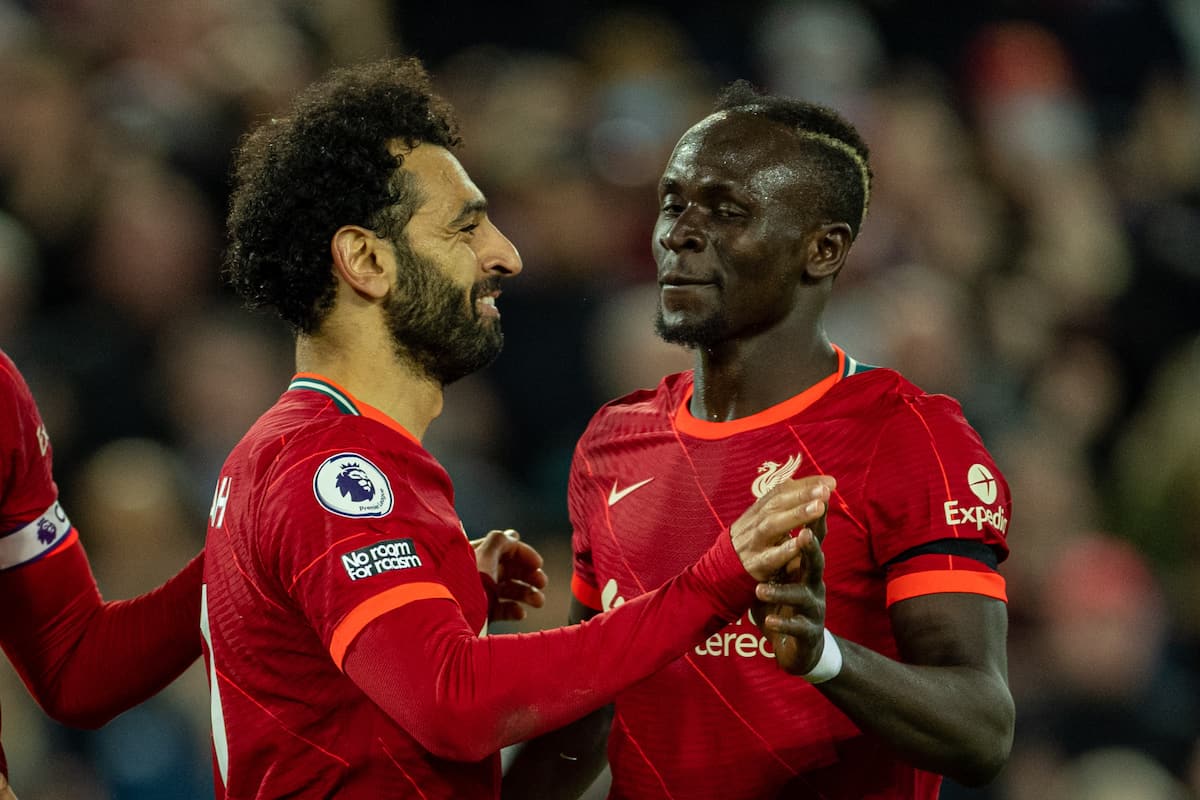 Liverpool chairman Tom Werner has confirmed the “desire” within Fenway Sports Group to extend contracts for both Mohamed Salah and Sadio Mane this summer.

With only one game left to play this season, attentions are already turning to the summer transfer window, with Fabio Carvalho confirmed as the club’s first signing.

Carvalho will join on July 1, when his contract with Fulham expires, with that day also bringing six players into the final year of their deals.

Salah and Mane are chief among that group, but Roberto Firmino, Naby Keita, Alex Oxlade-Chamberlain and Adrian will also have just 12 months remaining.

There has been ongoing speculation over the futures of Salah and Mane in particular, with their outstanding form throughout the campaign ensuring they are a high priority for not only fans, but also those within the club.

Speaking to The Athletic in a wide-ranging interview this week, Werner – who co-owns Liverpool alongside John W. Henry – confirmed the intention to keep both forwards.

But the 72-year-old insisted the situation remains “confidential,” with soon-to-be sporting director Julian Ward due to hold talks with their representatives after the Champions League final.

“I’d like to keep those conversations confidential but obviously we’ve articulated our desire that they remain,” Werner said.

“Beyond that, I’ll leave that to Julian.”

Werner added that he expects Liverpool to “continue to make excellent acquisitions” this summer, but would “leave the answers to [questions on the transfer strategy] to Jurgen and Julian.”

Though their rivals, and chiefly Man City, appear set on spending big again despite the established restrictions of FFP, Liverpool will still work within their own self-sustaining model.

Those new regulations stipulate a cap on losses up to €60 million over three years, with spending on recruitment capped at 70 percent of revenue.

“I’m hopeful that they will be strengthened, because it allows all clubs, not just Liverpool, to compete under a very fair system,” the chairman added.

“Certainly, it hasn’t been a deterrent for some, but we work at it.”

On City, Werner said: “They certainly have more resources than we do, but we have the heart and soul of Liverpool on our side.”