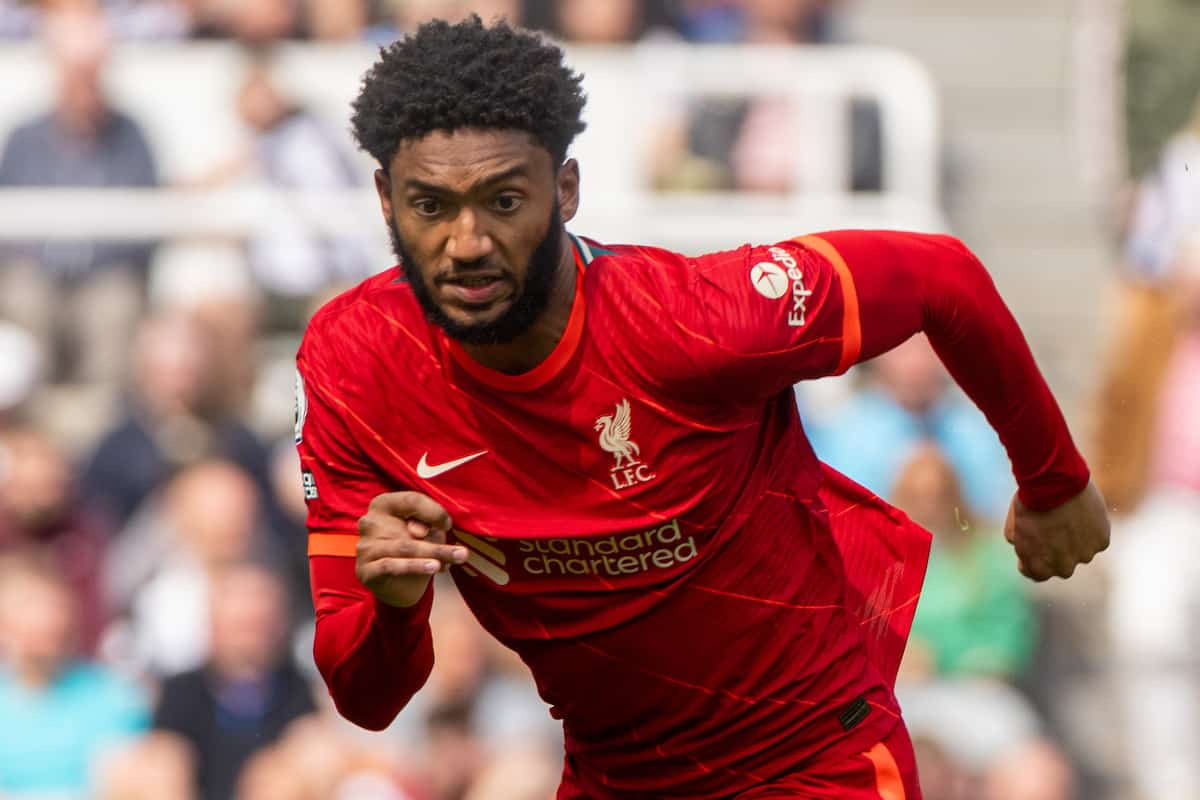 Joe Gomez‘s future has been subject to speculation with minutes hard to come by at Liverpool, but the club are said to be looking at tying him down to a new deal.

Gomez has taken up the role of fourth-choice centre back this season after making his return from a serious knee injury, with 20 appearances to his name in 2021/22.

The 24-year-old has had his game time in his favoured position limited by Joel Matip and Ibrahima Konate, who are readily rotated as Virgil van Dijk‘s partner.

It is acting as Trent Alexander-Arnold‘s deputy that has really seen him rack up the minutes, 990 over the course of the season. 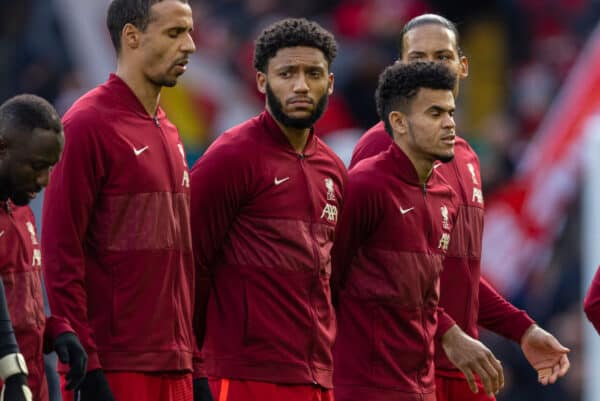 But that has seen other Premier League clubs start to circle the England international, with Steven Gerrard’s Aston Villa readily linked with making a move.

Prising Gomez away from Liverpool will be no easy feat, however, and the Liverpool Echo now report that the club are “looking to tie down the defender to a new deal this summer.”

Gomez’s current contract runs until 2024 but it’s now in the hands of Julian Ward, who is to take over from Michael Edwards as sporting director at the end of the season, to iron out the details.

It is to be one of a number of contract discussions with the likes of Mo Salah, Sadio Mane and James Milner also firmly on the agenda.

Liverpool’s plans and Gomez’s could be completely different, though, with the defender not to be short on suitors who could offer more game time. 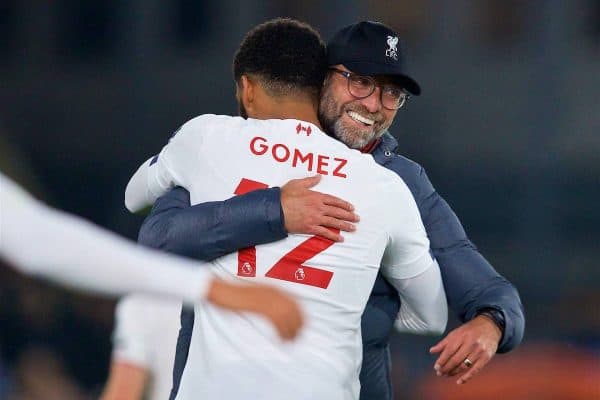 It’s to be a decisive summer for the 24-year-old and much will rest on his own ambitions, but also on how the futures of Neco Williams and Nat Phillips unfold.

The pair are touted to make a permanent departure in the summer and that would establish a clear role for Gomez for the entirety of next season, balancing a fight at centre-back whilst providing cover at right-back.

Gomez has been a picture of professionalism this season after taking up a squad role and Liverpool fans will not want to see him depart any time soon.

The summer is a pivotal one and the two parties will not be short on talking points as they discuss the future, it just remains to be seen if they’re on the same page.