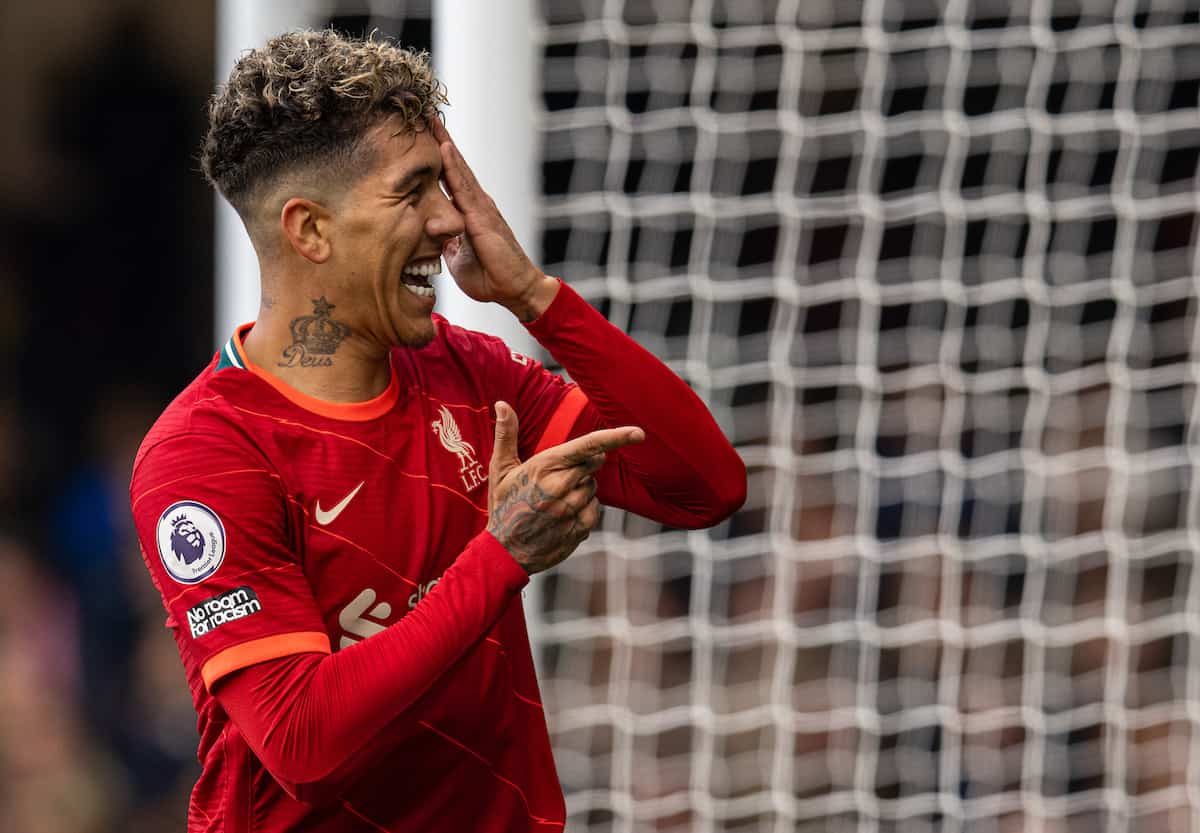 This evening at Southampton, Liverpool will complete their away programme in the Premier League. They have taken 40 points from a possible 54 on the road.

A victory will see Liverpool record 13 away league wins to equal their second-highest ever tally in a single campaign.

Should they score five goals they will equal their highest total of away goals in a single season, having scored 48 in 2013/14.

If they score twice they will record 550 in the league under Jurgen Klopp and also hit the landmark of 250 in away league games. 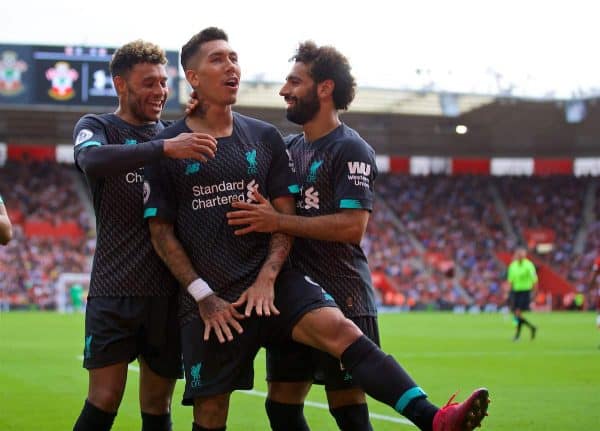 Roberto Firmino needs two goals to become the 19th Liverpool player to reach 100 goals in a career in all competitions.

Firmino has already scored two goals against Southampton, both coming in wins at St Mary’s. 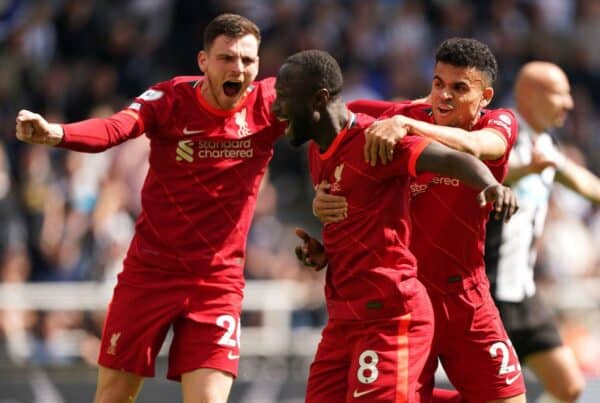 Liverpool have not lost any of the 42 games this season in which they have scored the first goal of the game – 38 wins and four draws.

They are unbeaten in the last 16 games in all competitions (since a home defeat to Inter Milan in March) – winning 13 and drawing three – and in 17 in the league since defeat at Leicester on December 28.

This is only the sixth season that the Reds’ top three league scorers have all netted at least 15 goals (Mo Salah has 22, Diogo Jota and Sadio Mane have 15 each).

Ibrahima Konate has yet to suffer defeat in any of the 26 games he has played for Liverpool. 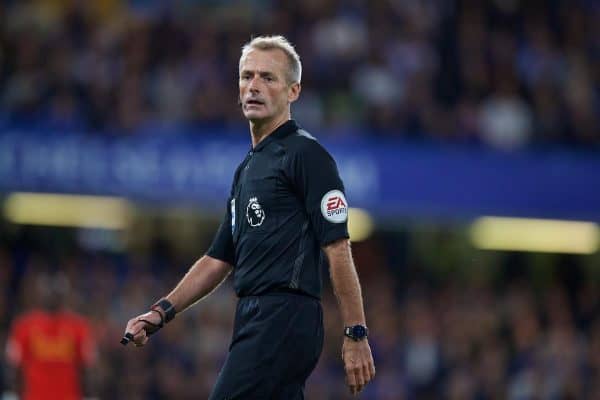 Martin Atkinson will take charge of Liverpool for the 74th and final time before he hangs up his whistle at the weekend.

The 51-year-old has refereed Liverpool more times than any other club in history, with the Reds winning 36 of those – including all four games this season.

He has also shown Liverpool more straight red cards (six) than any other club, but five – Chelsea (14), Aston Villa (12), Crystal Palace (11), Man City (nine) and Arsenal (seven) – have been awarded more penalties than their six. 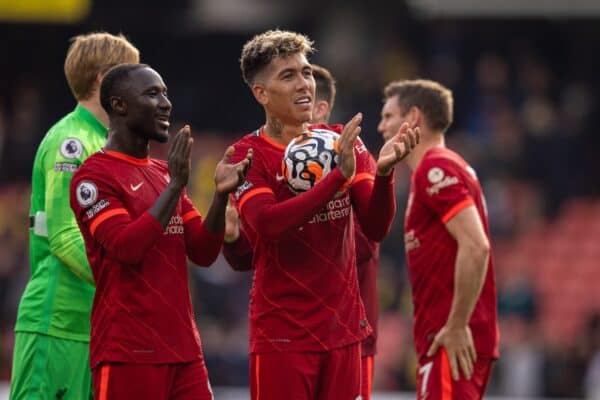