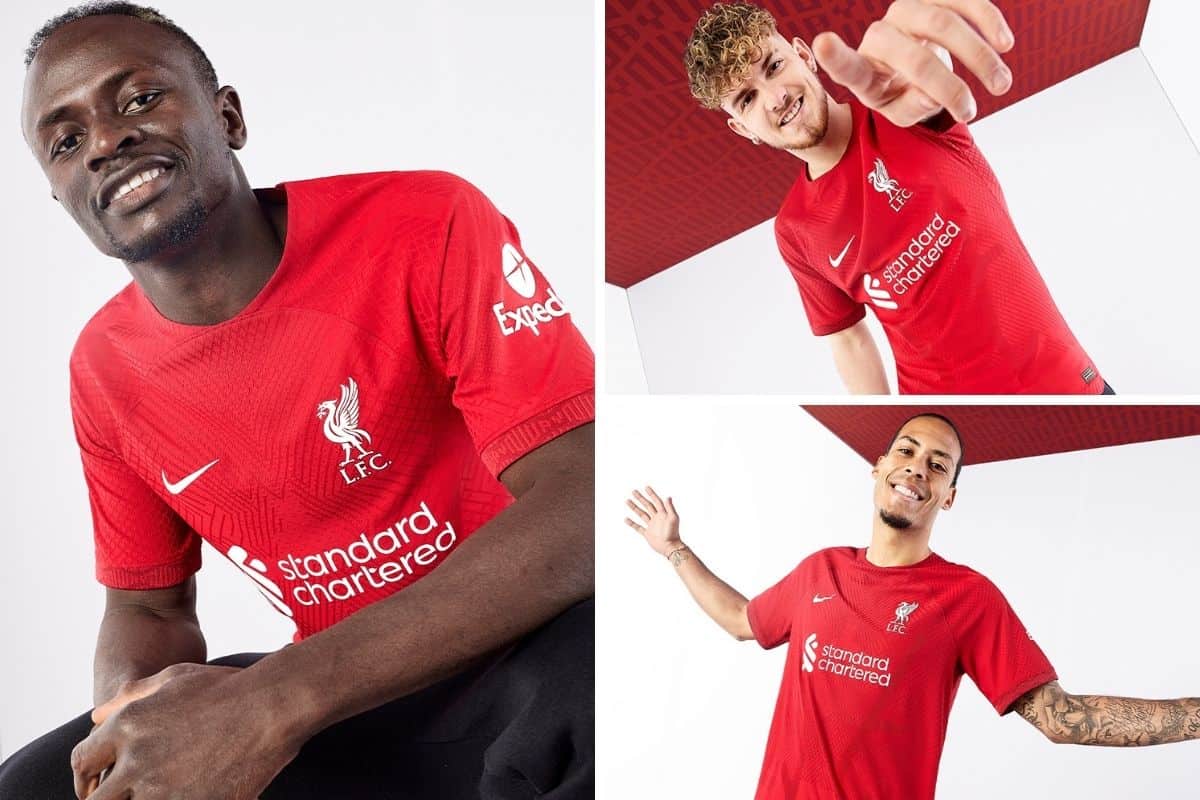 Liverpool’s new home kit for the 2022/23 season was released on Thursday morning, with fans divided on the final product, which you can take a closer look at here.

The first thing many notice with the Reds’ new look is the simplicity of Nike’s design, something that fans have either praised or likened to a “glorified t-shirt.”

Mixed reviews will come as no surprise as kits often prove to be divisive, but, in the end, they often grow on you and it always helps if it ends with a legacy of success!

Notably, with Nike, the player and fan issue shirts are not only different in price bracket but also in looks – which you can see below. 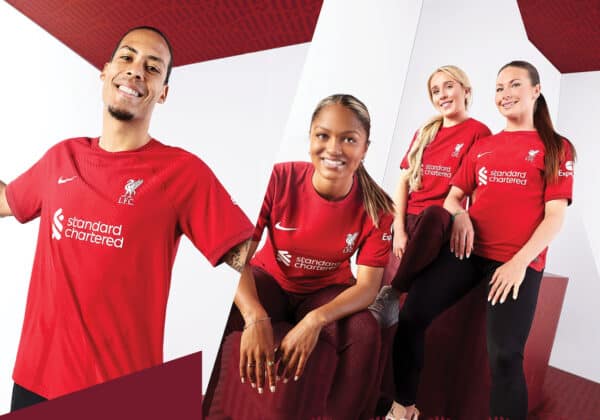 A handful of players have already modelled the new kit and the all-red design is elevated by the new Vaporknit pattern, which is the distinguishable difference from the fan issue kit.

It adds detailing and texture to the kit, almost reptile-like, but its main purpose is to help players stay dry and comfortable: 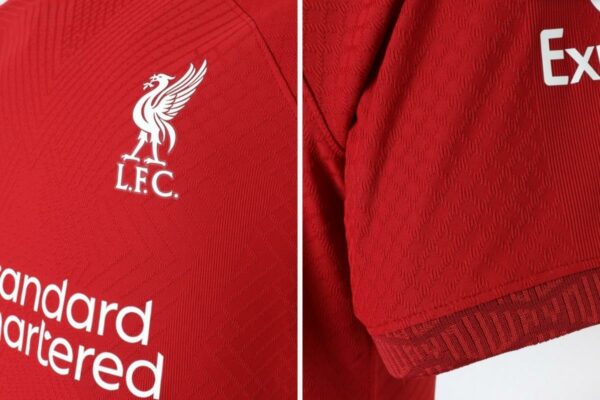 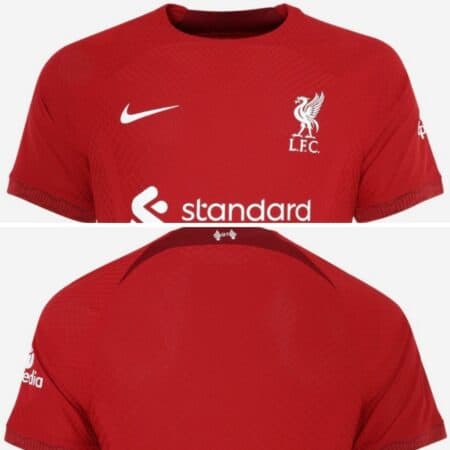 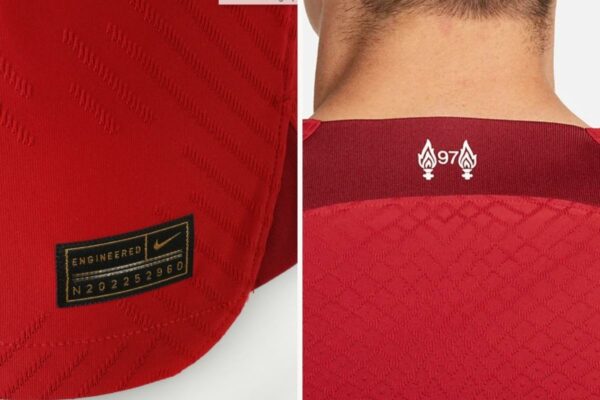 On Liverpool’s website, the player issue kit is available to order for £99.95.

The kit is completed with all-red shorts and two-tone red socks.

The replica kit, otherwise known as the ‘stadium’ strip, is without the Vaporknit pattern and only serves the simplicity of this particular trim – and it’s pretty clear for the eye to see.

Without any significant detailing, the sleeve cuff is, ultimately, where the eye is drawn: 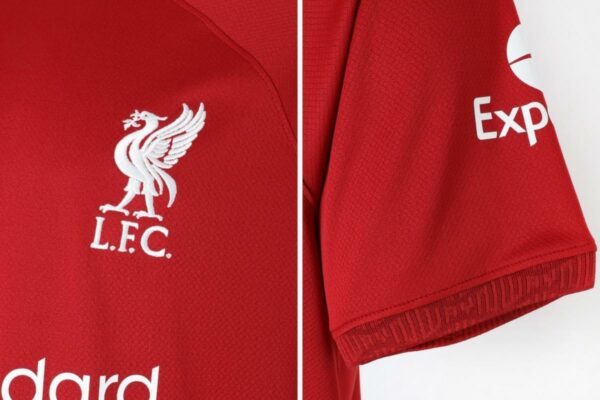 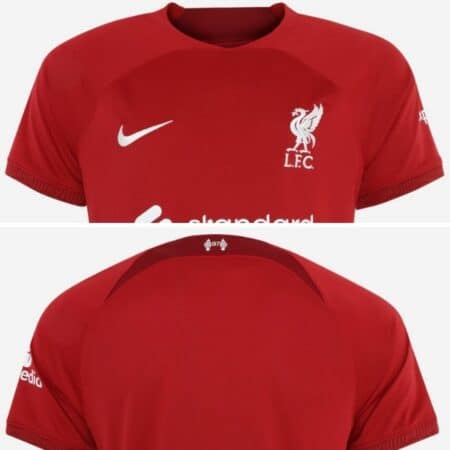 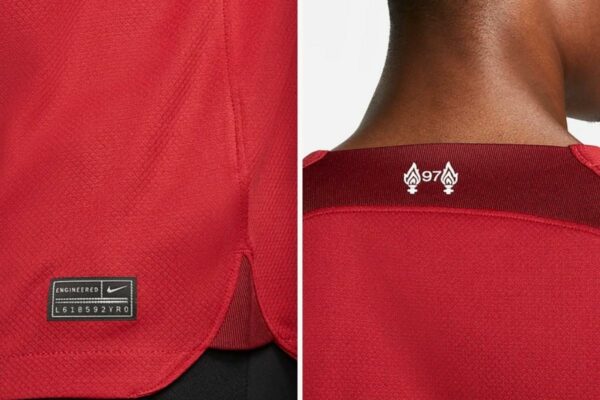 On Liverpool’s website, the fan issue kit is available to order for £69.95.

The difference in price point and looks is clear but here is one final example to help you decide which one may be best for you! 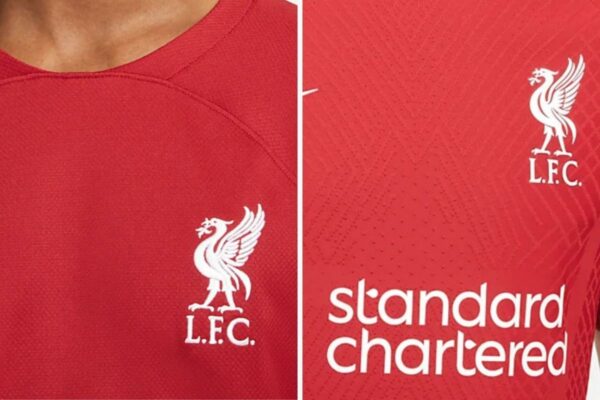 Let us know what you think of the new kit in the comments section below!

* You can pre-order the new LFC home kit exclusively from the Reds’ official store now.