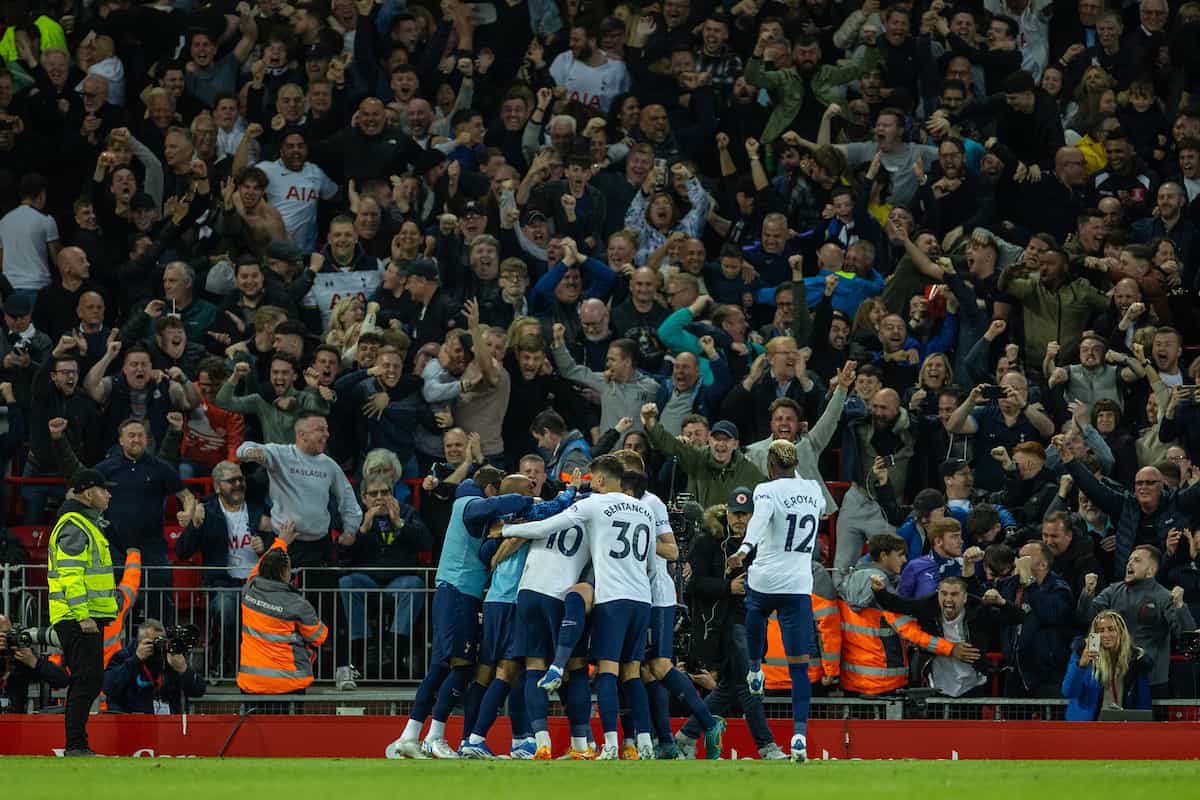 The Tottenham Hotspur Supporters’ Trust have issued a statement criticising their fans after tasteless chants aimed at poverty and unemployment during the match at Anfield on Saturday.

Anfield, sadly, is no stranger to a barrage of tactless chants that take aim at tragedy and poverty and it was subject to the same rhetoric against Tottenham on Saturday.

It didn’t take long for ‘sign on’ to emerge from the away end and it’s not ‘banter’ as some misguided supporters will believe.

Poverty is far from a laughing matter and Tottenham itself has the highest unemployment rate in London, it’s all closer than we think and yet it’s, bizarrely, used for attempted point-scoring.

But The Tottenham Hotspur Supporters’ Trust have released a statement addressing their own supporters over the depressingly familiar song, which has no place in society let alone football.

Their full statement reads as follows:

“Singing about the opposition has long been a feature of English football, and we are reluctant to tell fans how they should support the team. Nevertheless, we were disappointed to hear the “Sign on” chant at Saturday’s away match at Anfield.

“Poverty and joblessness are not fair game for banter. There is a cost of living crisis throughout England, including in London.

“Our Club represents an area and community with the fastest growing rate of unemployment in the country.

“We are rightly proud of our away support, and we want it to be noticed for positive reasons. For most of the game at Anfield, our fans gave superb backing to a great team performance.

“Spurs fans have provided financial backing to Marine FC on Merseyside, and regularly contribute to foodbanks and community initiatives in London. This is what we are about.

“The “Sign on” chant is not what we are about. We’re Tottenham Hotspur. We’re better than that.”

Statements such as these should not have to be made, but that it was is an appreciated sign of acknowledgement as far too many are happy to sweep it under the carpet.