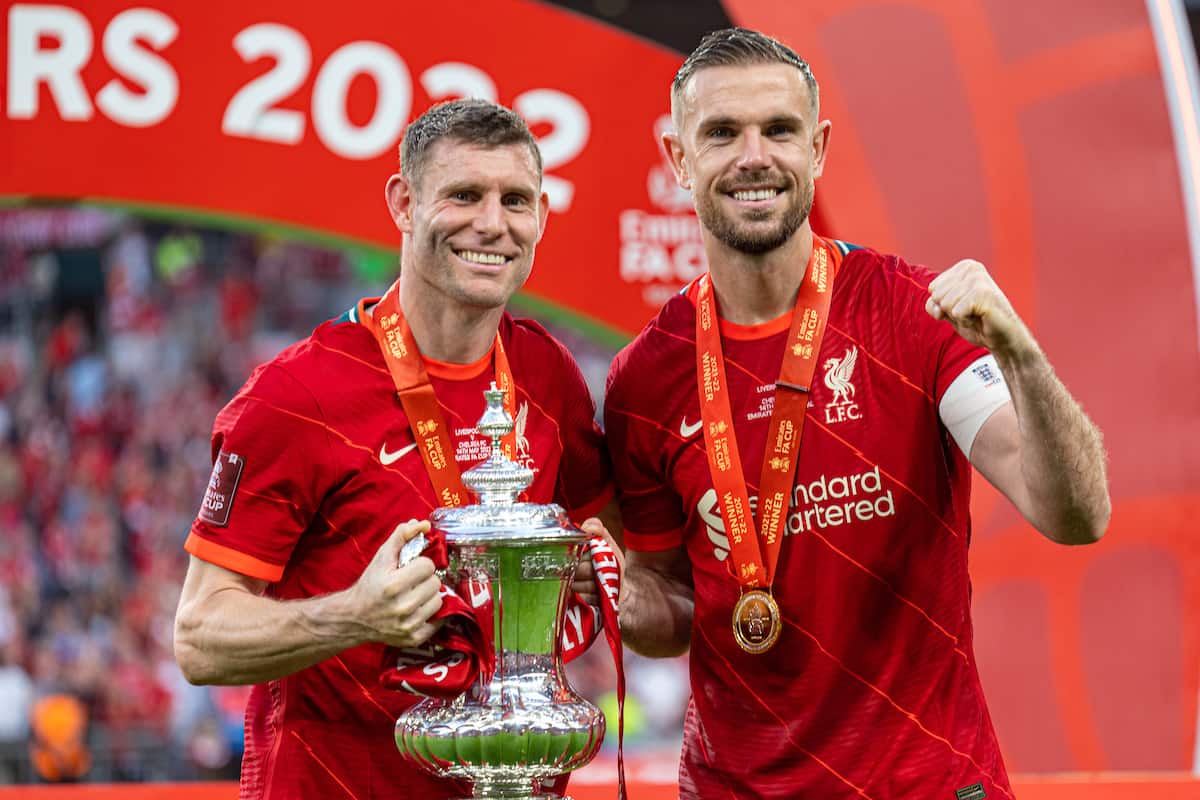 After 20 years in the game, James Milner has experienced every cycle football has to offer and he had a simple message for his teammates after Liverpool’s FA Cup triumph.

Jurgen Klopp‘s squad added their second trophy of the season over the weekend to remain in the hunt for the final two to complete a historic feat.

The latest penalty shootout victory represented the first FA Cup for many in this Liverpool squad and ended the club’s 16-year wait, a cycle that exemplifies success is not always guaranteed.

And Milner, in his vast experience, was quick to tell his teammates to embrace and live in the moment rather than get sucked into the lure of texts, phone calls and social media.

Sage advice from a veteran who knows success is never guaranteed, with his words to step away from the phones heard from dressing room footage and now from the man himself.

“You never know when it’s going to be your last,” Milner said, via the Mirror. 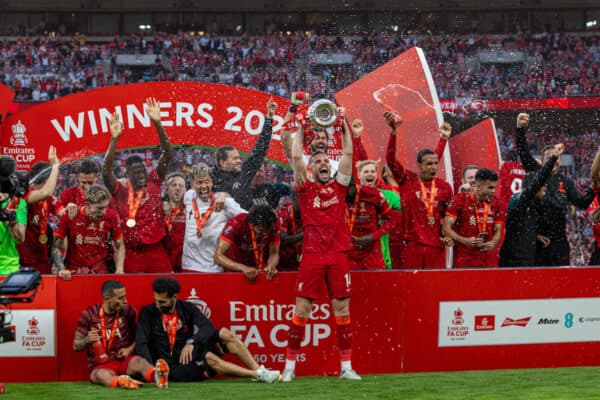 “You go into the dressing room after the game and all of the lads are straight on their phones. I’m saying: ‘You’ve won the FA Cup – get off your phone!’

“You are lucky to be a footballer, lucky to play in any final and to win ten medals, if you’d said that to me at the start of my career then I’d have been pretty happy!

“I said to Trent: ‘don’t get bored of it!’ What an incredible player he is but he’s got to be.

“He deserves everything but you never know when things are going to change and you have to enjoy it.” 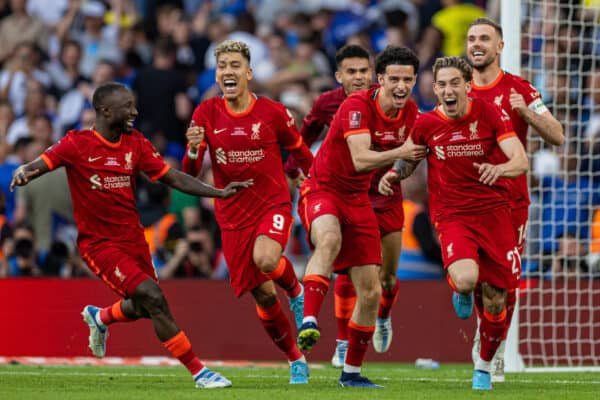 The FA Cup triumph was Milner’s 10th major title in his career, his sixth with Liverpool, and there’s no doubt his words will have resonated with his teammates.

“It does get better,” Milner added on the feeling of winning trophies. “Because you don’t know how long is left, do you?”

Here’s hoping for a number of phone-free celebrations to come then, James!