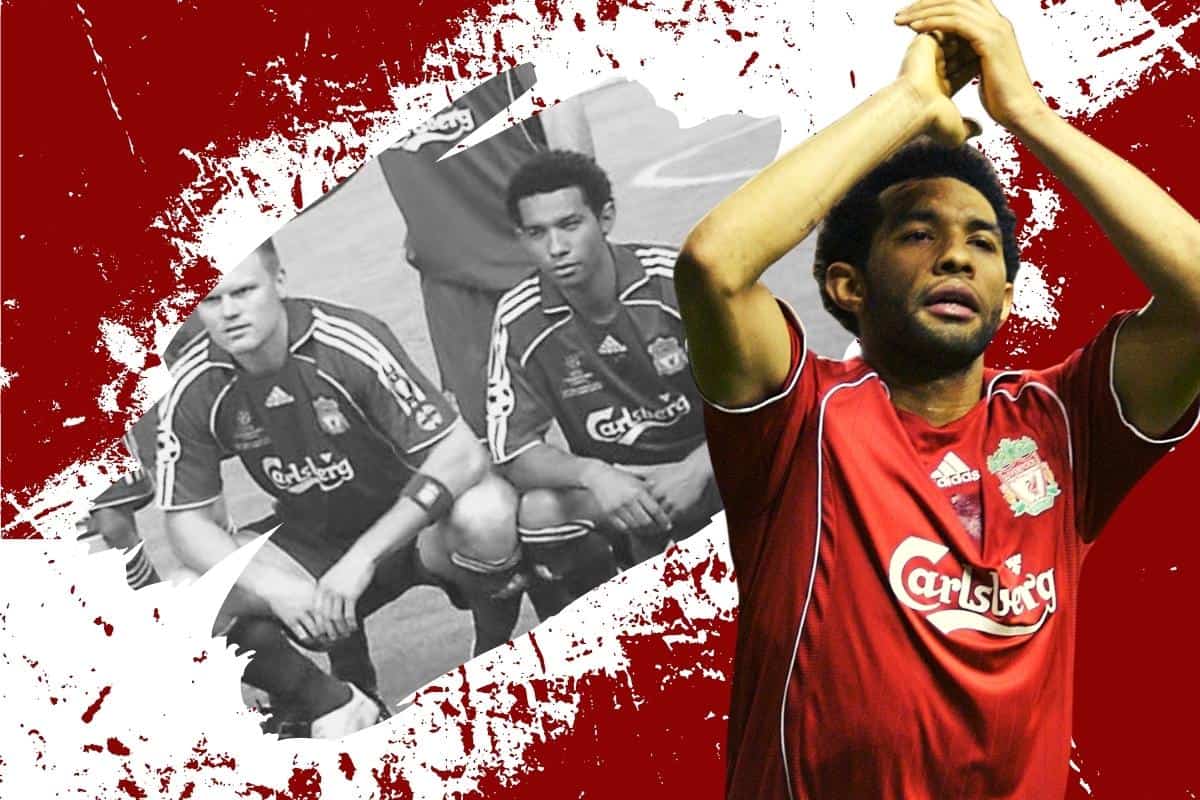 Fifteen years ago, Liverpool were unable to build on their triumph in Istanbul with sustained success in Europe, but their standout from the 2007 Champions League final is delighted how things have changed…

“You’ve got to take your hat off to them. It’s amazing. What they are doing is amazing.”

Jermaine Pennant sits with a smile, reflecting on a remarkable season for Jurgen Klopp‘s Liverpool that concludes with a Champions League final against Real Madrid.

Saturday will be their third such final in just five seasons under Klopp, serving up an opportunity to clinch their third trophy of the campaign, their sixth of the manager’s reign and the seventh European Cup in the club’s history.

At least eight of the players who started in the 2-0 win over Tottenham in 2019 are expected to also start against Real in Paris, with this experience vital in big games.

“Experience helps in any game, any competition. Especially if you’ve been there before, you know what it takes to win,” Pennant tells This Is Anfield.

“It’s not about putting in a great performance, because we’ve seen that the hard way.

“In a one-game final, it’s not about putting in a great performance. I’d rather us just play awful but win.

“I’m sure they’re aware, if things aren’t going well: stick together, how they know how, and just get the result.”

“You wake up absolutely buzzing” 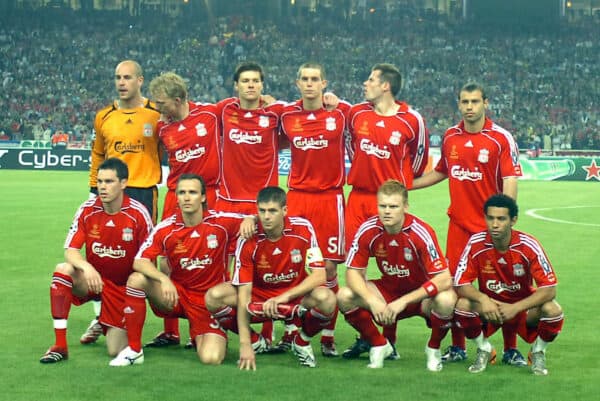 The former winger, who spent three years with Liverpool following his £6.7 million move from Birmingham in 2006, speaks from a place of experience himself.

Pennant was a focal part of the Reds’ second Champions League final under Rafa Benitez in 2007, where he was relied upon on the right flank after largely operating as a substitute in the earlier knockout stages.

“The buildup to it was immense,” he remembers.

“Every time you wanted to sleep you were thinking about your game plan – well I was anyway, I was like ‘what am I going to do in the first five minutes?’.

“I was picturing how I would play all through the days and the buildup to the Champions League final.

“Then obviously on the day, you wake up absolutely buzzing, you just want to get out there on the pitch, you want the night, you want the hours to start ticking away.

“You’re heading to the stadium, you can see the fans and the flares and it just makes the hairs on the back of your neck stand up. 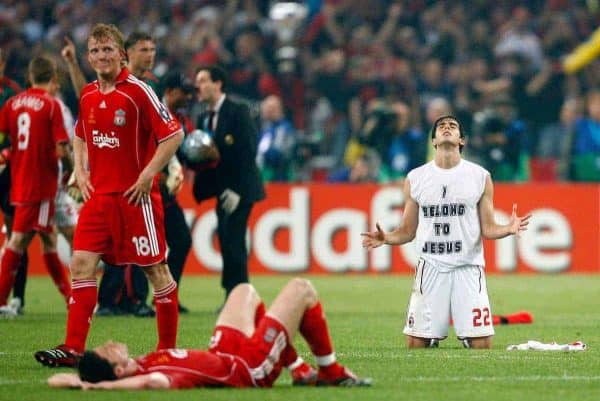 Though Liverpool ultimately lost 2-1 to Carlo Ancelotti’s AC Milan, unable to mount a comeback as they did in Istanbul two years previous, Pennant himself emerged from a close-fought final with many new admirers.

Filippo Inzaghi, scorer of both of Milan’s goals, was awarded the official Man of the Match award, but Pennant is widely considered the Reds’ standout performer.

At the end of a season that saw him come in and out of Benitez’s side, it was a statement performance from the No. 16, and This Is Anfield asks if Pennant felt perceptions of him change after that night.

“At the highest level of club football, I performed at such a high level and I could compete against the best players in Europe at the time.

“So for me, it was a great achievement and also a bittersweet moment. 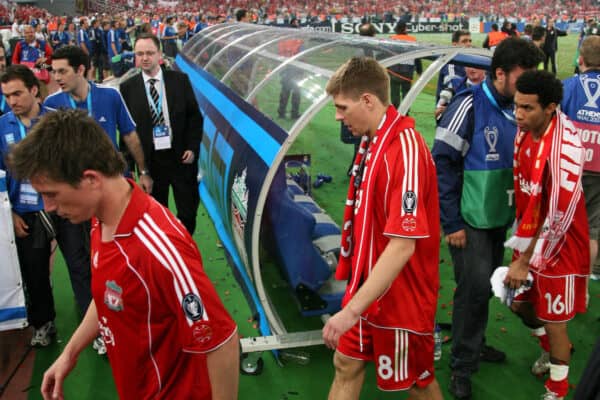 “Obviously no one wants to lose, and the fact that we lost put a sour edge on my performance and the way the team played.

“Not winning was sad, but on a personal level, to get to the Champions League final, to be Man of the Match, was a massive achievement.

“So I did walk off that pitch with my head held high and I was proud of myself and proud of the team, but obviously was just disappointed that we didn’t get the sixth Champions League trophy.”

“My head kind of went” 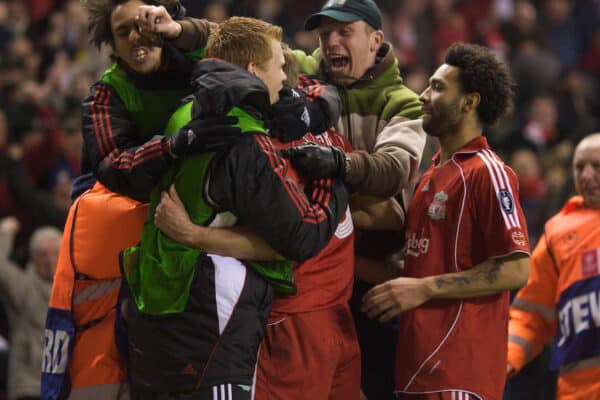 Pennant spent two more seasons on Merseyside, but after 52 appearances in his first campaign was only able to make another 29 in the next two, with injuries hampering his prospects.

“During that season I had an injury, I had a stress-fracture and I was playing with it for about half a year, half the season,” he explains.

“It was the kind of thing that happened to Djibril Cisse, where his leg snapped.

“They said ‘if you leave it, you could be fine, but if you get a kick in a certain place it could potentially snap because there’s already a crack in there’.

“So we put a pin down there and I was out for three months, and I had a double hernia as well.

“From then, I rushed back. I remember Rafa putting me in the squad against Wigan at home and I wasn’t really ready. 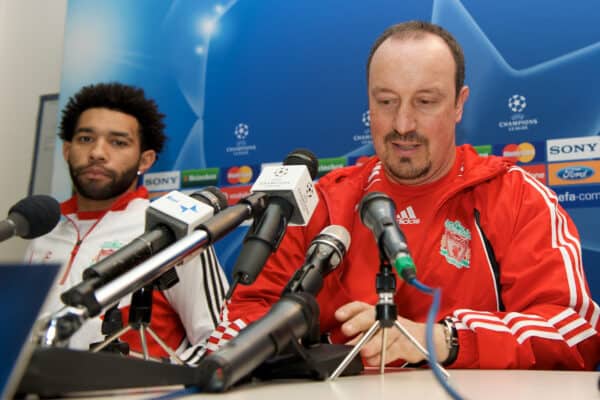 “It would have been my first start in about four months, and I didn’t obviously play amazing, I started rusty and after that I struggled to get back into the team with Rafa.

“That just led onto a domino effect, I was struggling and the following season I hardly played, my head kind of went.

“Then my contract finished and then off I went Spain!”

Having retired in 2019 after spells with Real Zaragoza, Stoke, Wolves and Wigan, along with short stints with FC Pune City in India, Tampines Rovers in Singapore and back in England with Bury and Billericay Town, Pennant is now enjoying life as a Liverpool fan.

He recently made his third appearance for the Reds’ legends side in their 3-1 win over Man United at Old Trafford – the first of two charity clashes between the two rivals this year. 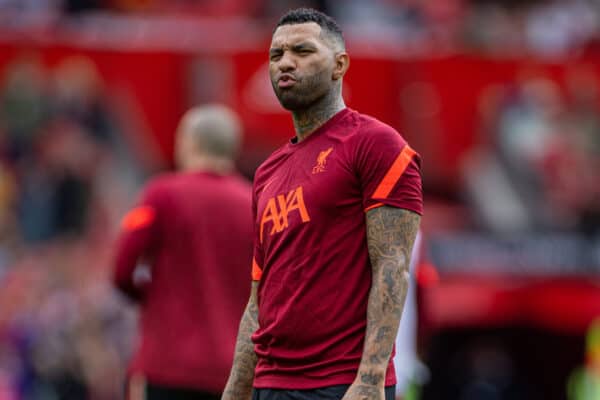 Pennant’s affinity with Liverpool is clear as he discusses their fortunes under Klopp, with the 39-year-old confident of a seventh European Cup this weekend.

“But seeing what they did to Chelsea and Man City, they’ve got a never-say-die attitude, so we’ve got to be really wary of that for sure.”