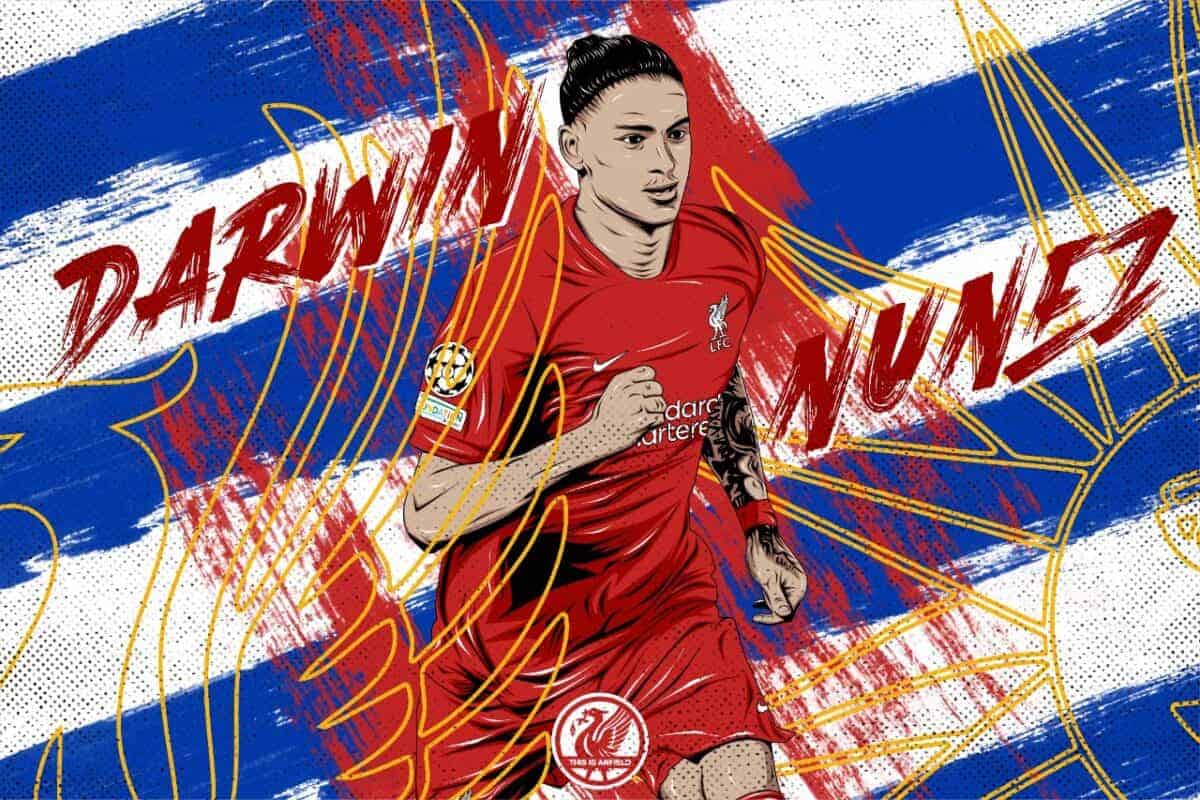 Liverpool FC have announced the signing of Darwin Nunez from Benfica, with the 22-year-old joining in what could become the club’s record transfer deal.

The Uruguayan was not short on suitors after his prolific season in front of goal, with his 34 strikes in 41 appearances for Benfica making for an eye-catching return.

That tally included two against Liverpool in the Champions League, with Jurgen Klopp having commented on the 22-year-old being “physically strong, quick, [and] calm around his finish.”

The Reds were not alone in their interest in Nunez, with Man United and Atletico Madrid among his suitors having seen his star rise at Benfica for the last two seasons.

But it is Liverpool that secured his signature to see him become the latest summer arrival following Fabio Carvalho from Fulham.

Liverpool will pay Benfica an initial £64 million, with a further £21.3 million in potential add-ons, while the player has signed a six-year contract believed to be worth around £140,000 a week.

Nunez has taken the No. 27 previously worn by Divock Origi. 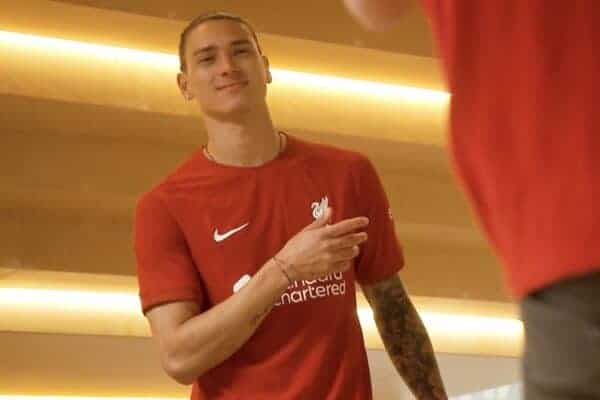 The Uruguayan played 84 games for Benfica across two seasons, scoring 47 goals and providing 16 assists in that time having joined the Portuguese side from the Spanish second division.

The 6′ 2″ striker has enjoyed a fast rise to the top having only left his native Uruguay and the club that gave him his start, Penarol, in 2019 – and now, some three years later, he is at Anfield.

“It’s a pleasure to be here in Liverpool and I’m very happy to be a part of this great club,” he told the club’s official website.

“I’ve played against Liverpool and I’ve seen them in lots of games in the Champions League, and it’s my style of play.

“There are some great players here and I think it’s going to suit my style of play here.”

The 22-year-old is comfortable leading the line on his own or as a pair, as well as fulfilling the role on the left of a front three.

His arrival adds a different dimension to Klopp’s forward options and suggests an evolution in his system could be on the cards.