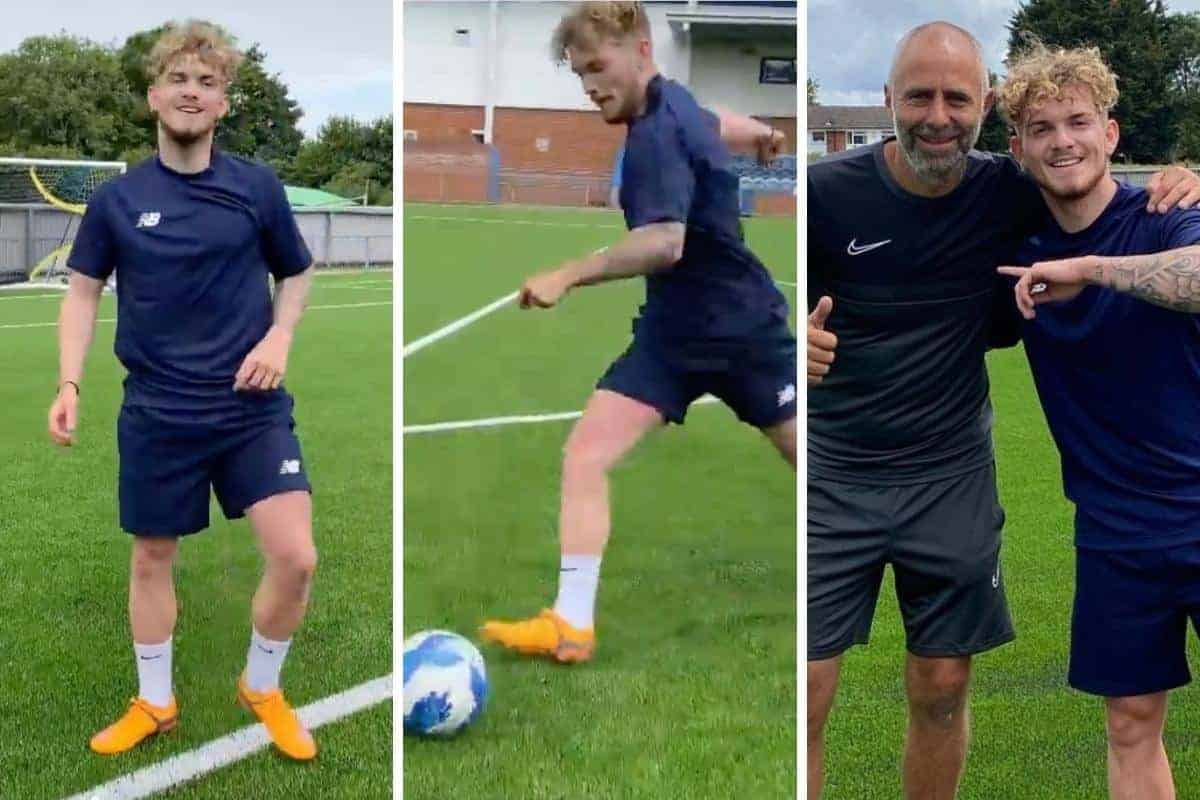 Harvey Elliott has returned to England following his post-season holiday in the US, and reunited with his former QPR youth coach for a finishing session this week.

With Liverpool’s pre-season training due to begin on Monday, Elliott is now back on home soil and ramping up his preparations for the return to Kirkby.

On Thursday morning, that saw the teenager link up with striker coach Scott Chickelday at the 1878 Stadium in Burnham, Buckinghamshire, for a session focused on finishing.

It was not the first time Elliott and Chickelday have worked together, with the coach previously his manager at under-10s level with QPR.

Elliott initially came through the ranks at QPR before his switch to Fulham, and it was Chickelday who prompted him to move from his position at left-back into a more forward role.

Nowadays, Chickelday operates as an elite performance attacking coach under the banner SC9 Striker Coach, which saw him back working with his former protege for a series of drills.

In a post shared on the SC9 Striker Coach Instagram, the pair can be seen posing alongside each other along with a video of Elliott showing quick movement and an outstanding finish with his left foot into the far top-right corner.

“Seems so long ago I was his manager at U10s at QPR, what a player this boy is becoming!”

Chickelday, who is also in place as Billericay Town Women manager, has been working with Aston Villa striker Ollie Watkins this summer as well, along with a number of youngsters from Premier League clubs.