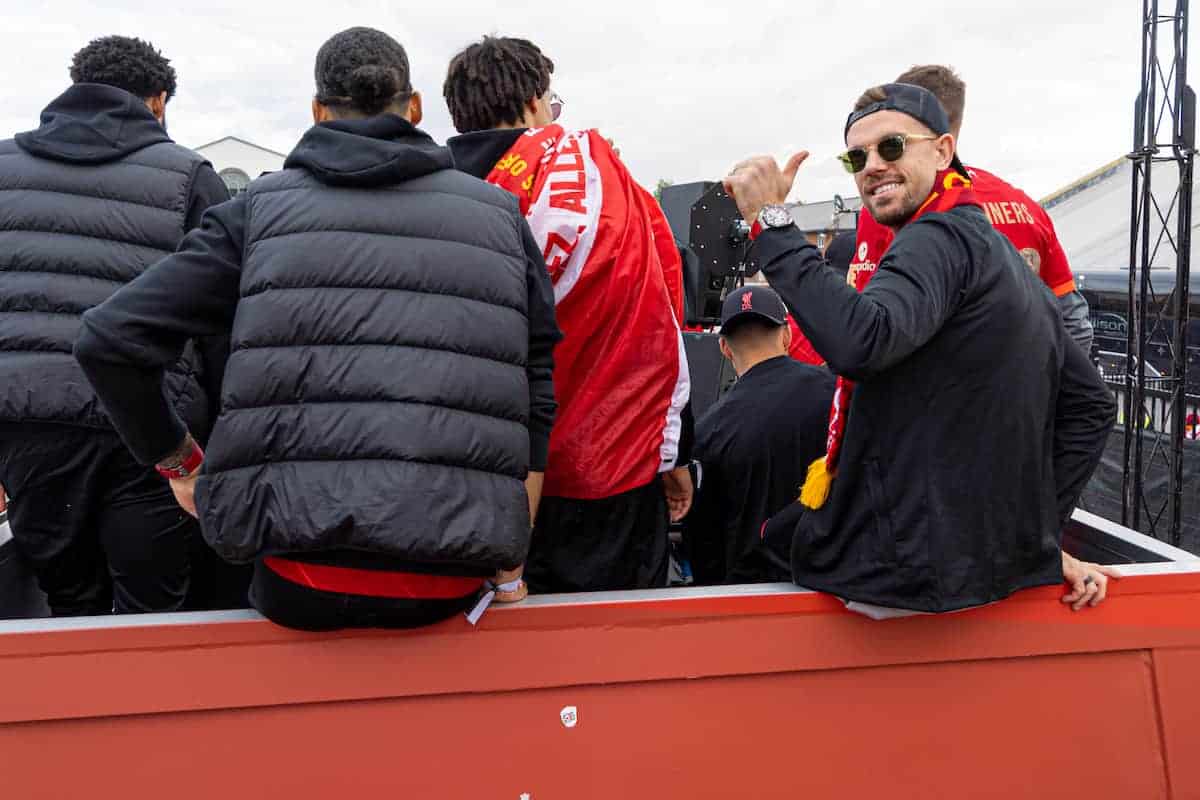 Jordan Henderson has vowed that Liverpool “will be back stronger” after reflecting on the campaign just gone, as he looks to “create more memories.”

On a personal level, it was a landmark season for Henderson, who made more appearances than any of his previous 10 campaigns with the club.

That is in part due to Liverpool being involved in every possible game in 2021/22, but also big steps forward in his own fitness and the way his game time is managed.

As captain, Henderson lifted two trophies in the FA Cup and League Cup, but May ended in disappointment as the Reds fell short in both the Premier League and Champions League.

Having signed a new four-year contract last summer, the 31-year-old can be expected to maintain a key role in Jurgen Klopp‘s squad moving forward.

And in his post-season message to supporters on Instagram, Henderson outlined his desire to “create more memories” with the fans next time out.

“Took me a few days to reflect on the whole season and looking back what an extraordinary season it was,” he wrote.

“Couldn’t be more proud of my teammates and everything that we’ve given this season.

“Thank you to all the fans who’ve supported us throughout, together we have shared moments that will be remembered forever.

“Didn’t end the way we wanted of course but that’s football. We are Liverpool and will be back stronger!

“Enjoy the break. See you all again soon to create more memories together.”

It has clearly taken time for his body to adjust to the demands of the manager’s system, but also for the club’s medical staff to adapt to an increasingly demanding schedule across four competitions.

Henderson has remained vital on and off the pitch throughout, though, and that will remain the case in 2022/23 and beyond.