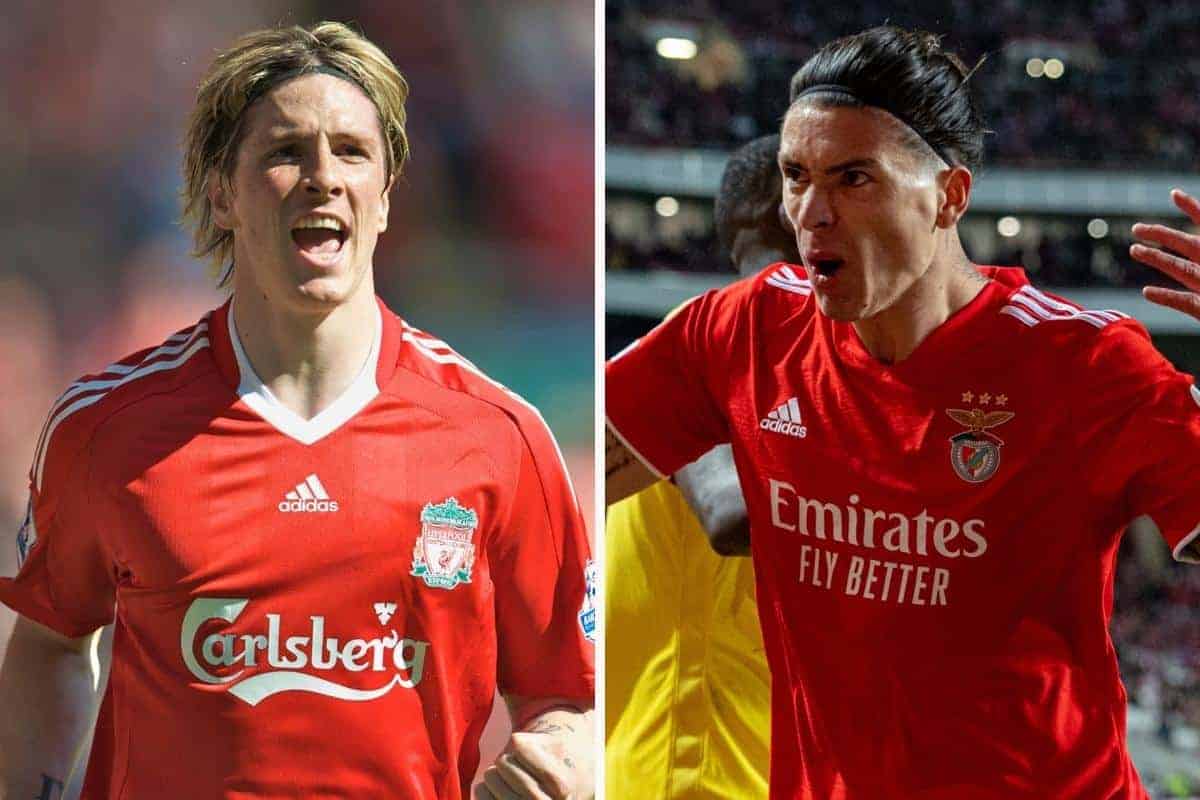 As Darwin Nunez prepares to join Liverpool on his £85 million switch from Benfica, fans have spotted an eery similarity between him and Fernando Torres.

It has been a while since Liverpool could call upon a natural No. 9.

Under Jurgen Klopp, the main central striker has, predominantly, been Roberto Firmino, with the likes of Diogo Jota, Sadio Mane and Divock Origi alternating.

But with Nunez arriving at Anfield in a deal worth up to £85 million, there appears to be a stylistic shift in the works as the Reds bring in a more orthodox option up front.

The 22-year-old from Uruguay netted 34 goals in 41 appearances for Benfica last season, with 24 of those coming in 36 outings as the central focus in attack.

With any luck, Nunez can follow in the footsteps of the great No. 9s before him on Merseyside, with his profile strikingly similar to that of Fernando Torres, who swapped Madrid for Liverpool a decade-and-a-half ago.

The next Torres? #nunez #lfc #fyp

In his first three seasons with the Reds, Torres was almost unstoppable, particularly in his maiden campaign when he scored 33 times in 46 games.

His array of finishes was spectacular, and in a new video shared on TikTok, the similarities with the Spaniard and Nunez are eye-opening.

Most impressive, perhaps, is Nunez’s touch and finish, on the move, on the turn and outside the box, for Uruguay in their 3-1 win over Norway at the Under-20 World Cup in 2019.

Lining up opposite Erling Haaland – his and counterpart and, in many ways, now his rival at Man City – Nunez, then 19, chested down Ronald Araujo’s long ball, set himself and launched a long-range effort over Julian Faye Lund to make it 1-0. 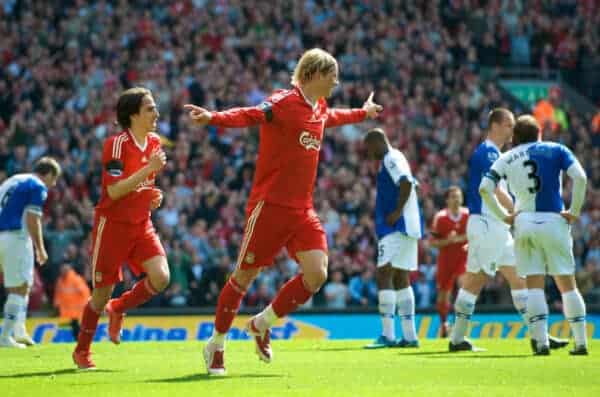 For those of a particular vintage, the memories of Torres’ incredible half-volley against Blackburn in the 4-0 win at Anfield in 2009 are impossible to avoid – for Araujo, read Jamie Carragher; for Nunez, read Torres.

Whether the comparisons are helpful is another matter entirely, and perhaps more appropriate is to discuss the expected change to Klopp’s tactical setup.

It would seem that signing a more traditional No. 9 – who can, of course, play out wide too, scoring 10 in five games from the left last season – would prompt a shift in system at Liverpool.

In Torres’ prime, it was a 4-2-3-1, with Steven Gerrard the foil just behind El Nino, and it would be no surprise if the same formation developed at Anfield in the campaign ahead.