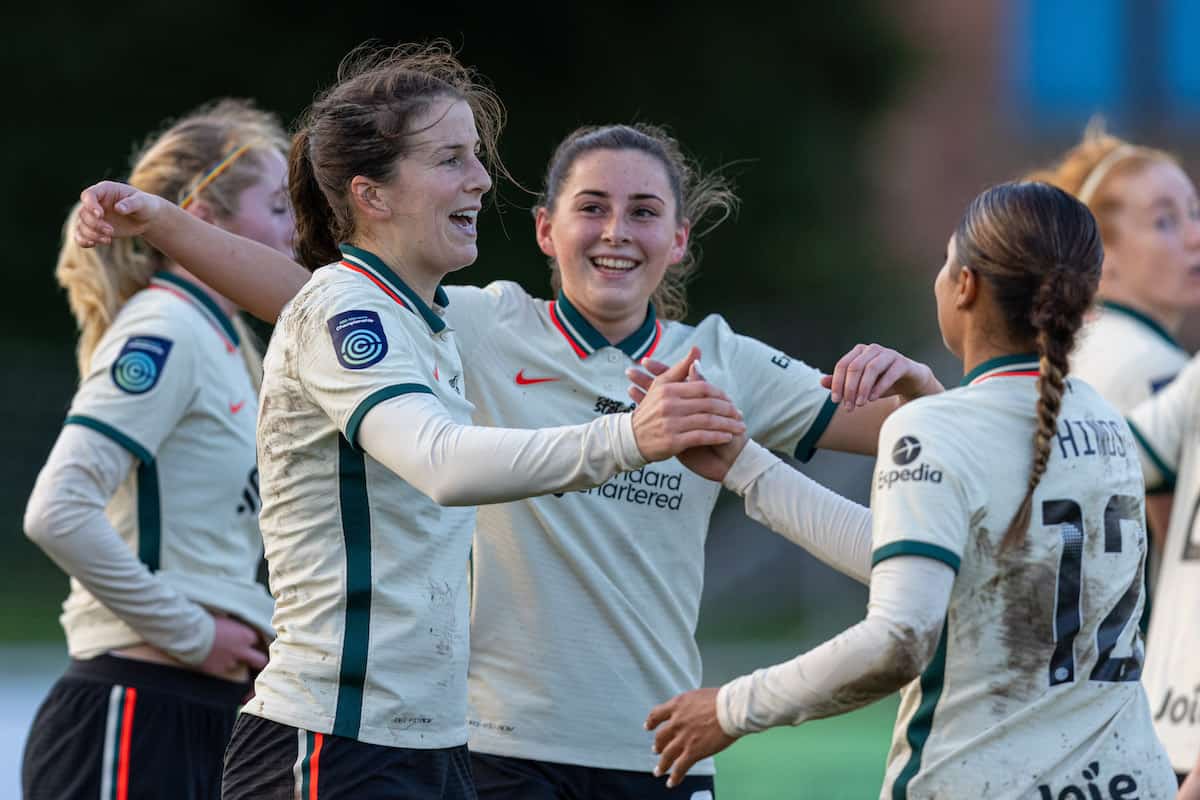 It was a milestone night for Liverpool FC Women captain Niamh Fahey, as she scored her first-ever senior international goal in her 104th appearance.

For some players, it seems as though that first goal will never come.

Take Joe Gomez, for example. The 25-year-old has played 142 times over seven seasons with Liverpool, and so far has failed to find the back of the net.

For centre-back Fahey, there were two goals in the Women’s Championship last season, including in the 4-2 victory over Bristol City that clinched the title, but none in 103 outings for the Republic of Ireland.

Fortunately, that changed on Monday evening, as she bundled the ball home following Louise Quinn’s knockdown to put her country 2-0 up in their World Cup qualifier against Georgia.

It was a landmark moment for Fahey, whose celebration showed the relief at finally scoring for Ireland.

The result saw Ireland move a step closer to the playoffs, finding themselves in a battle with Finland for second place in Group A, behind the already-qualified Sweden.

And it made it 20-0 over two meetings with Georgia in the qualifiers, showing the gulf between many nations – as is often the case in men’s international qualifiers, too.

Liverpool are back in the Women’s Super League next season, with the campaign to begin on the weekend of September 9/10/11.

Fixtures are due for release in mid-July, with the Reds up against the likes of Chelsea, Arsenal, Man City and Man United following their promotion as champions.