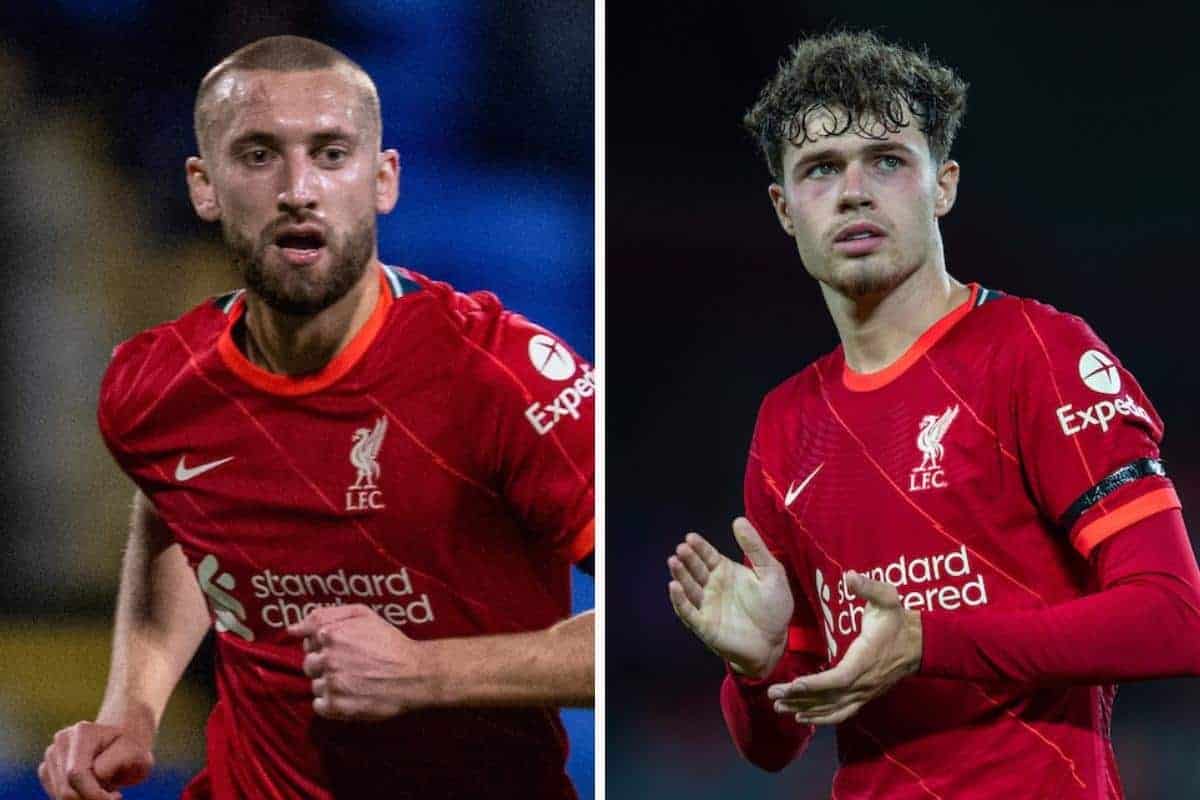 Liverpool’s summer is to be considerably busier than last year with deals and contracts to sort, including the futures of Nat Phillips and Neco Williams.

The pair had been touted for a permanent move last summer, neither of which eventuated to leave them as added cover in the backline for Jurgen Klopp.

The January window then paved the way for respective loan deals, with Phillips joining Bournemouth whilst Williams was Fulham-bound.

The experience proved invaluable for both as they each helped their side secure promotion to the Premier League, leaving the duo hungry for more regular senior football.

That’s not going to come at Liverpool with at least four centre-backs ahead of Phillips in the pecking order and Trent Alexander-Arnold a consistent force at right-back.

Their loan experiences will have no doubt caught the eye of suitors and the club will hope that reflects in the offers tabled for their signatures.

But they look to have set ambitious fees for the duo, with The Athletic’s James Pearce reporting that Liverpool are to demand £15 million for Phillips, and a price similar to that for Williams.

The line is that the Reds are in “no rush to sell and are prepared to wait until later in the window,” not willing to simply roll over for an undesired fee.

It’s a stance that did see Phillips remain at Anfield last summer as Liverpool’s demands were not met, and you expect that to change with the defender’s career ambitions in mind.

New sporting director Julian Ward recouping close to £30 million for the pair would be a huge success having seen both rise through the ranks at the club.