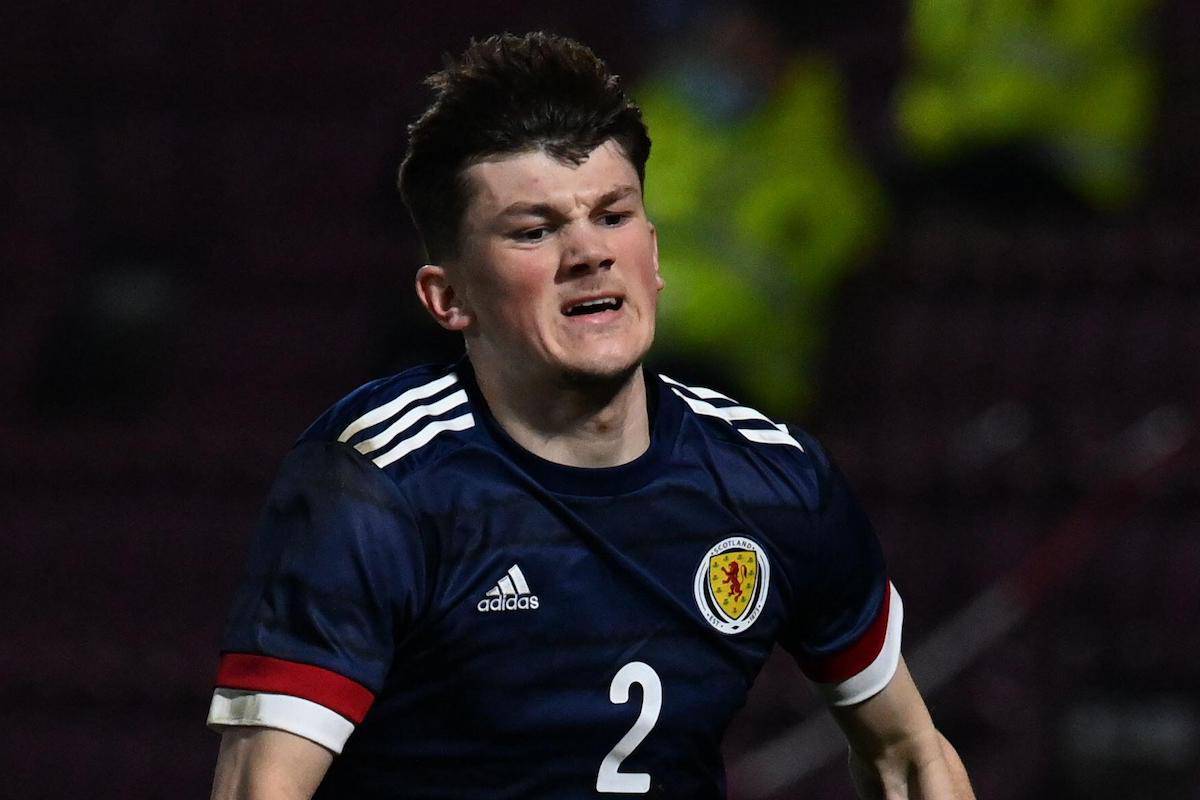 Liverpool are increasingly likely to land a £4 million deal for Aberdeen right-back Calvin Ramsay, with rivals for his signature Leeds closing in on another target.

The Reds have already signed Fabio Carvalho for an initial £5 million, rising to £7.7 million, while Celtic youngster Ben Doak has also completed the switch to Merseyside.

Divock Origi is confirmed to be departing, while conversations are expected over the futures of Sadio Mane, Takumi Minamino and Alex Oxlade-Chamberlain among others.

It stands to be a busy summer ahead for Liverpool, and the pursuit of Ramsay, the 18-year-old Scottish right-back, is high on the agenda.

According to The Athletic‘s James Pearce in a recent update, the club are still hoping to finalise a deal for the youngster worth in the region of £4 million.

And while it was suggested that Ramsay, who would arrive as understudy to Trent Alexander-Arnold, could opt for a move elsewhere in favour of more game time, one potential destination now seems to have been ruled out.

The Telegraph report that Leeds have agreed personal terms with Red Bull Salzburg right-back Rasmus Kristensen, ahead of a possible £10 million move.

A transfer is described as “in place” despite interest from both Dortmund and Brentford, with manager Jesse Marsch making a second raid on his former club having already signed Brenden Aaronson.

Early reports had positioned Leeds as Liverpool’s main rivals for Ramsay’s signature, but last month the Scottish press claimed that the teenager was “on the verge” of joining the Reds.

Developments with Kristensen suggest that is the case, and further progress can be expected upon Ramsay’s return from a post-season holiday in Dubai.

Liverpool are due to return for pre-season training on July 4, with Carvalho already pencilled in to meet his new team-mates that week at Kirkby.

With Ramsay not called up to the Scotland squad for their UEFA Nations League clashes with Armenia and the Republic of Ireland, nor the U21 Euro qualifiers against Belgium and Denmark, he should be available for the first day of training next month.