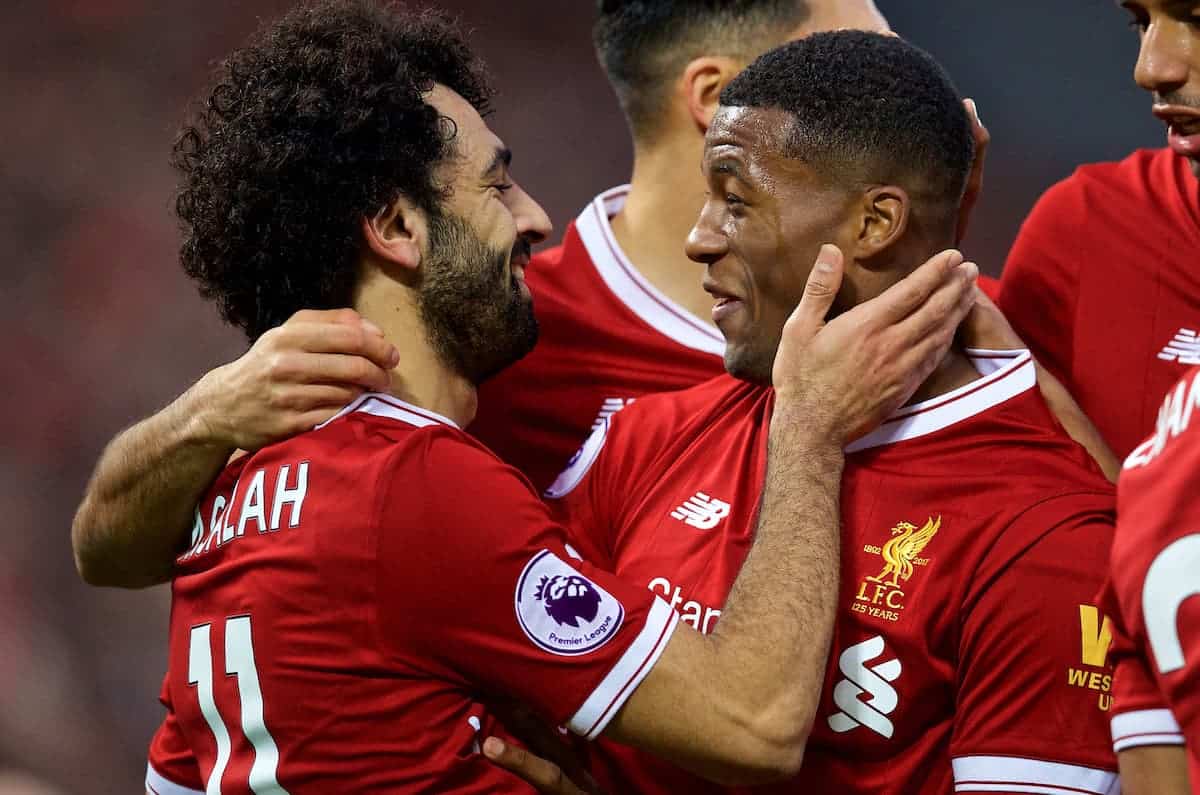 Mohamed Salah has been spending his off-season on holiday with his family, but found time for a reunion with old Liverpool team-mate Gini Wijnaldum in Dubai.

Salah and Wijnaldum spent four years together at Anfield, making 182 appearances alongside each other as key cogs in Jurgen Klopp‘s successful side.

But the Dutchman opted to depart Liverpool on a free transfer at the end of the 2020/21 campaign, joining Paris Saint-Germain in a lucrative deal that, it is fair to say, has not panned out as hoped.

However, Wijnaldum did end his first season in Paris as a Ligue 1 champion, playing 31 times in the French top flight as PSG finished 15 points clear of second-placed Marseille.

The 31-year-old has headed into the summer with question marks over his future, and tentative links with a return to the Premier League.

Before that, though, he has been enjoying his post-season holiday in Dubai, where he was joined by Salah this week:

In a short and sharp post on Twitter, the Egyptian shared a photo of the pair sat down for dinner, with the caption “reminiscing.”

Salah and Wijnaldum have a lot of fond memories from their time together at Liverpool, of course, having won the Premier League, Champions League, Club World Cup and UEFA Super Cup as part of one of the most dominant sides in the club’s history.

It is unfortunate how it has unfolded for Wijnaldum so far at PSG, but hopefully he can find his feet either in Paris or at another club for the campaign ahead.

There is very little chance of a return to Liverpool, of course, with Klopp’s midfield already well-stocked and plans in place for a high-profile addition next summer.