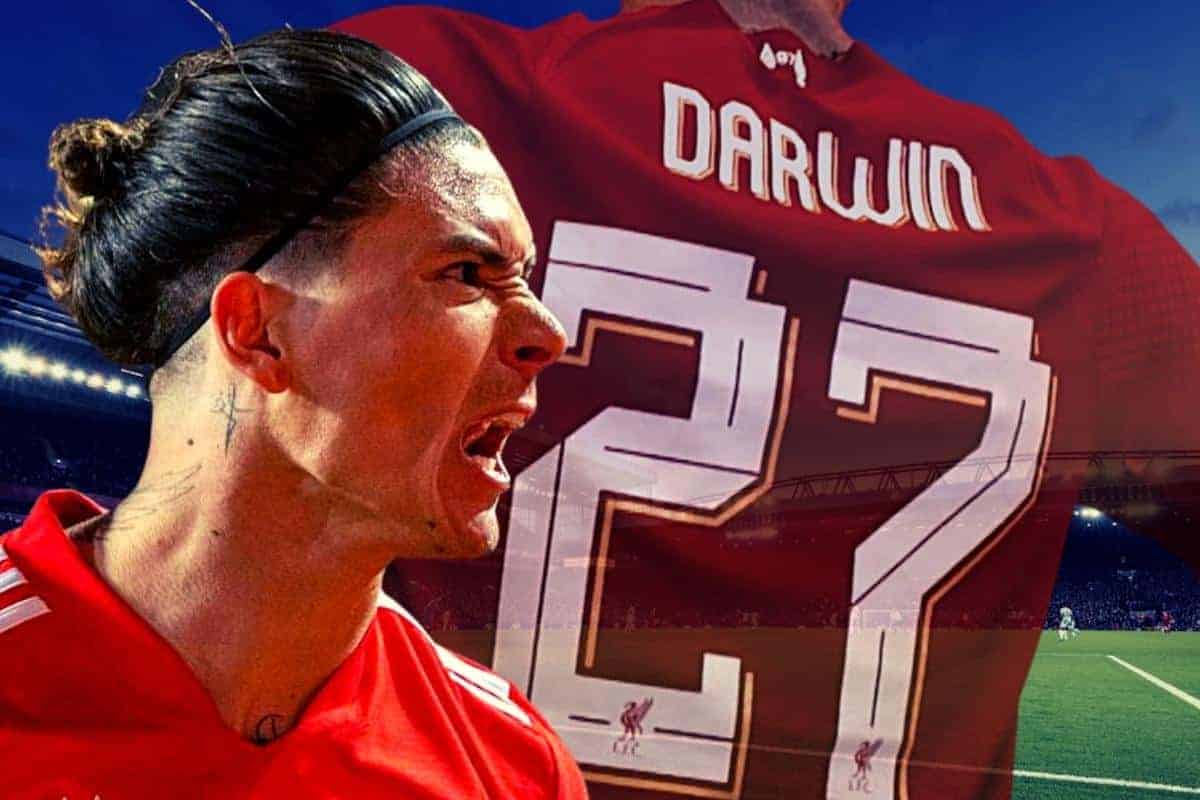 Why Darwin Nunez might not keep the No. 27 for long at Liverpool

Darwin Nunez took the No. 27 mantle from Divock Origi‘s legendary hands after being confirmed as Liverpool’s latest signing, but he may not keep it for long.

The 22-year-old’s arrival at Liverpool was made official on Tuesday in a deal that could make him the club’s most expensive player in history.

The deal, worth up to £85 million, with Benfica, makes him the second senior arrival of the summer for Jurgen Klopp, after Fabio Carvalho, and an exciting one at that.

He arrives at a time when some of the old guard are to be on their way, including the man who donned the No. 27 before him in Origi – a player to go down in club folklore.

It’s a number that has also been worn previously by Gregory Vignal and Philipp Degen at Anfield.

But its selection by two forwards comes as one that is almost as close to the No. 9 as you can get without actually donning that specific number.

The digits together, of course, make up the number nine – which was etched on the back of his shirt at Benfica – and at Liverpool it is currently owned by Roberto Firmino.

The Brazilian is not expected to leave this summer and it means it is firmly off-limits, but with his contract to end next year it does create a potential opening.

Firmino has voiced his desire to remain at Liverpool, with the 30-year-old “very happy here,” meaning there could be a couple more years of him in the No. 9 ahead.

But one day, sadly, he will see his time at Anfield to come to a close and having signed a six-year deal at Liverpool, Nunez will be one of the first in line to inherit the club’s legendary number.

How long he may have to wait remains to be seen, but in the interim he is looking forward to playing and learning alongside Firmino and the club’s attacking “monsters.” 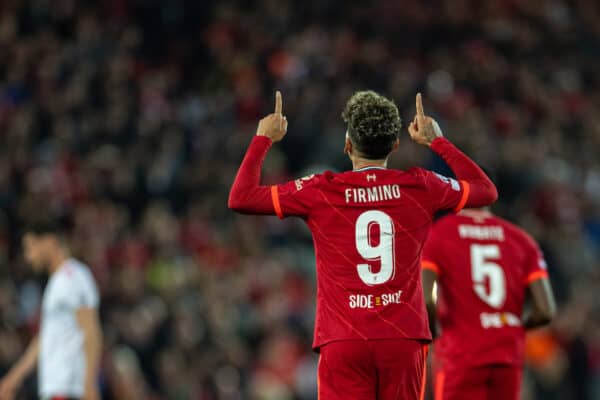 “Hugely excited. Like I said before, there are some top, top players here with great qualities,” Nunez said after his arrival was made official.

“There is Firmino, who is a great player; and then Jota, who is another great striker; Luis Diaz, Salah.

“To play alongside these ‘monsters’ is going to be something really special for me, because as a kid you dream of going far.”

Nunez may be Liverpool’s future No. 9, but the start of his journey in the No. 27 is to see him begin carving out his own success stories, and who knows, he may stick with it!