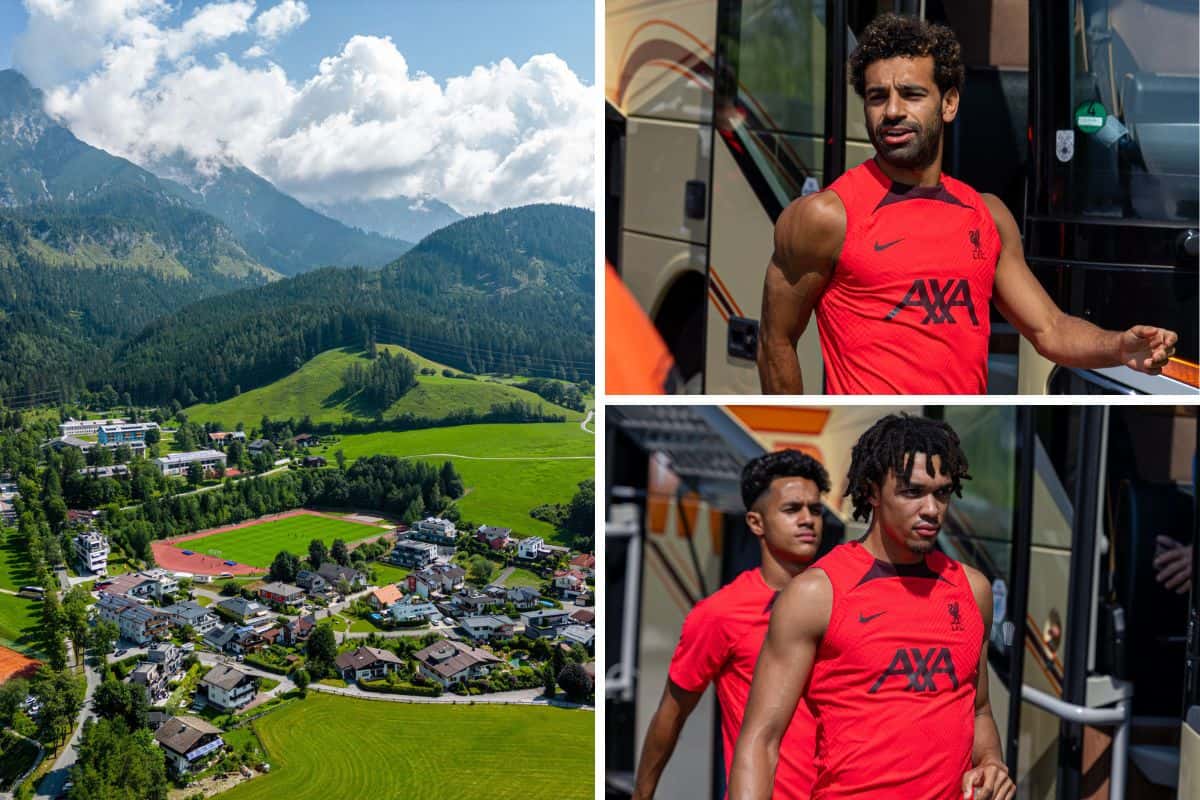 Liverpool are stepping up their preparations for the new season in the Austrian mountains, and these photos prove just how beautiful the scenery really is.

The Reds are being pushed to their limits by Jurgen Klopp and his coaching staff in Austria, but at least the views are good!

After a 5-0 victory against RB Leipzig last Thursday, Liverpool headed straight to Salzburg, Austria for a week-long training camp.

It’s a trip Klopp has always valued highly. A change of scenery from the AXA Training Centre, excellent facilities and no other external distractions.

These photos from day three of the Reds’ latest trip show off the beautiful surroundings in all their glory. 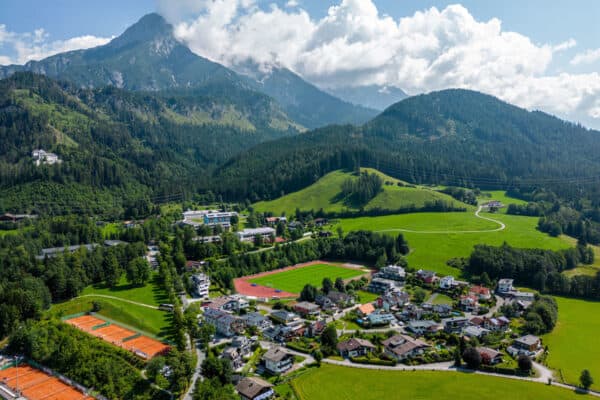 Not a bad place for a kickabout!

The camp is set in Saalfelden, in the Salzburg region of Austria. 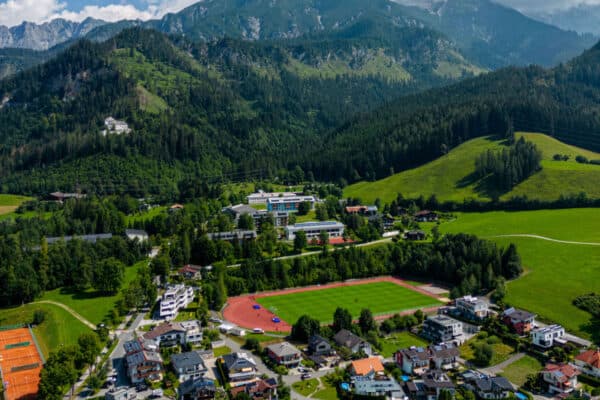 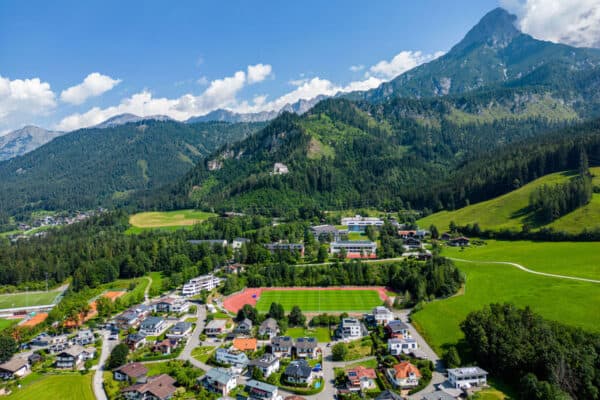 The players often cycle through the mountains and arrive for training on their bikes, but that wasn’t the case on Sunday morning, as they were put through a gruelling running session in the sunshine. 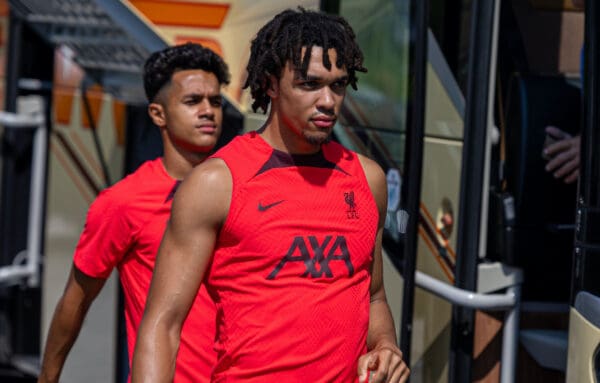 There was a sighting of Kaide Gordon, who has been ruled out through injury since the latter stages of last season, but could be close to a return to action, having been included in the Reds’ 31-man squad for the camp. 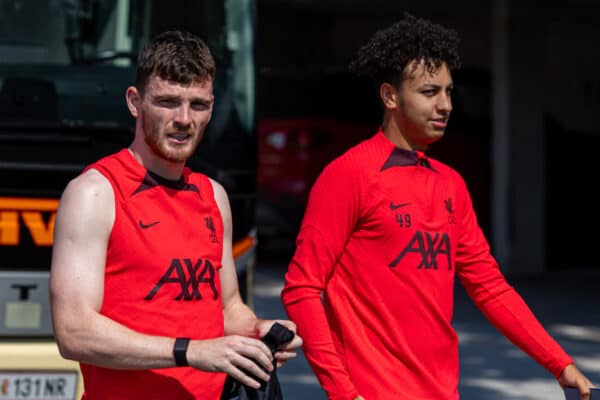 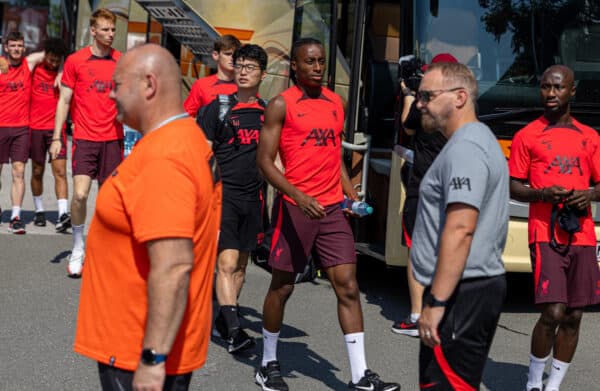 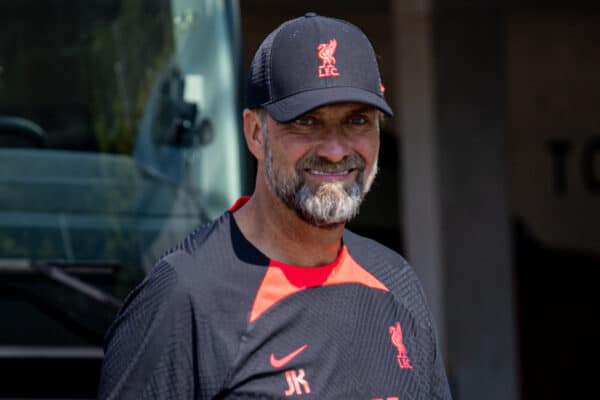 Mohamed Salah was all smiles on arrival, having scored in each of Liverpool’s last two pre-season friendlies against Crystal Palace and Leipzig.

The Egyptian also stood out in a strikers training drill during Saturday’s session at the camp. 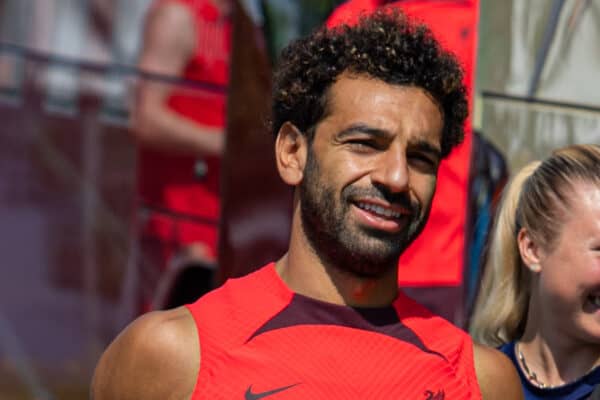 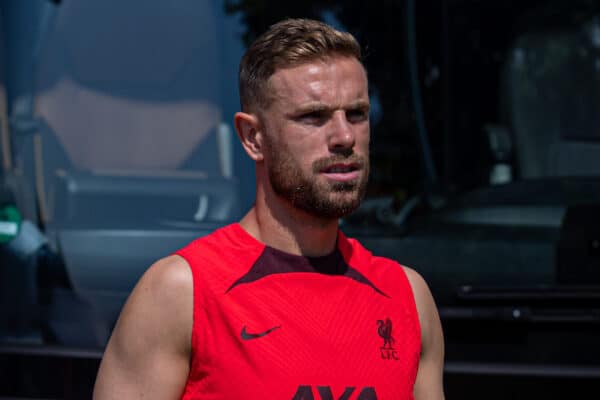 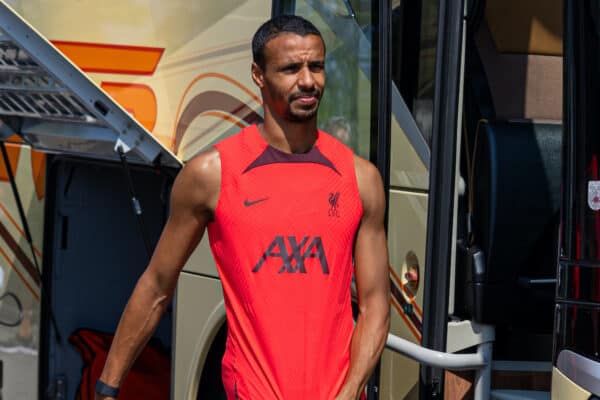 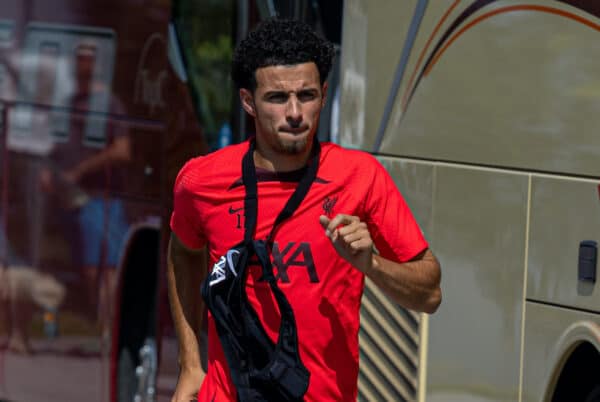 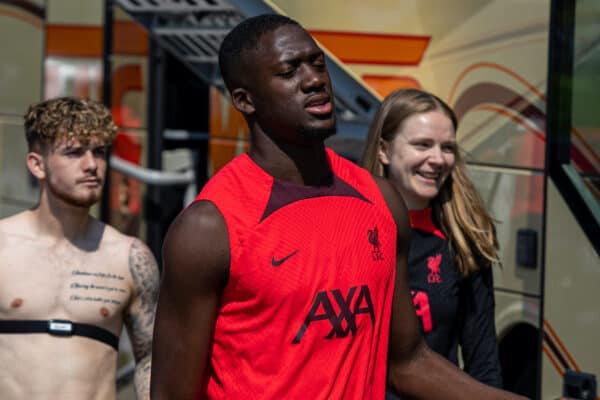