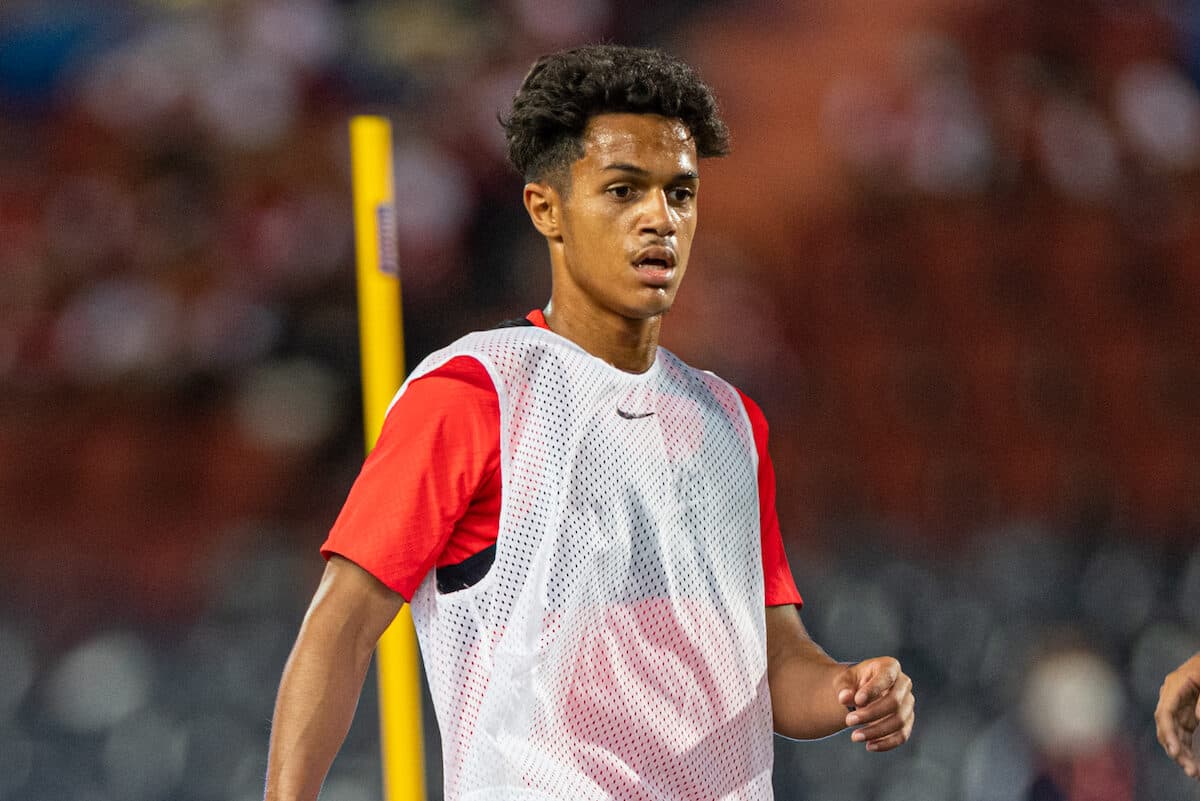 Fabio Carvalho starts his first game for Liverpool in today’s pre-season friendly against Man United, with Jurgen Klopp to utilise the full depth of his squad in Thailand.

The match comes only eight days after Liverpool started pre-season and three days following the return of those involved in international fixtures earlier in the summer.

But Klopp had revealed the plan, with hours of notice, for both Carvalho and Darwin Nunez to don the Liverpool kit for the first time as he looks to hand minutes to most members of his squad.

There will be “plenty of changes” throughout the game and that means “pretty much all of the rest of the boys will all get some minutes” in front of the Thai fans.

The end result is inconsequential at this stage of the summer but the Reds will be eager to reward the show of support in Bangkok and show off the new away kit.

Alisson, Jordan Henderson, Harvey Elliott Luis Diaz and youngster Isaac Mabaya are among the starters alongside Carvalho at the Rajamangala Stadium.

It’s a group of players that could line up in a number of formations and it will be interesting to see how they set up at kick-off. 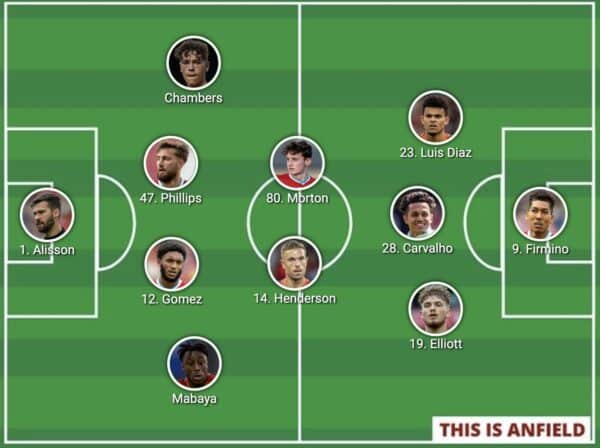 The substitutes’ bench is also brimming with talent and most, if not all, will get a look in at some stage, with Virgil van Dijk, Mo Salah and Trent Alexander-Arnold all awaiting their name to be called, among others.

Diogo Jota is not involved as he builds himself back up to match fitness after his hamstring injury while on international duty with Portugal.

You can follow all the action today and throughout pre-season with us by downloading the This is Anfield app for iPhone and Android for free.