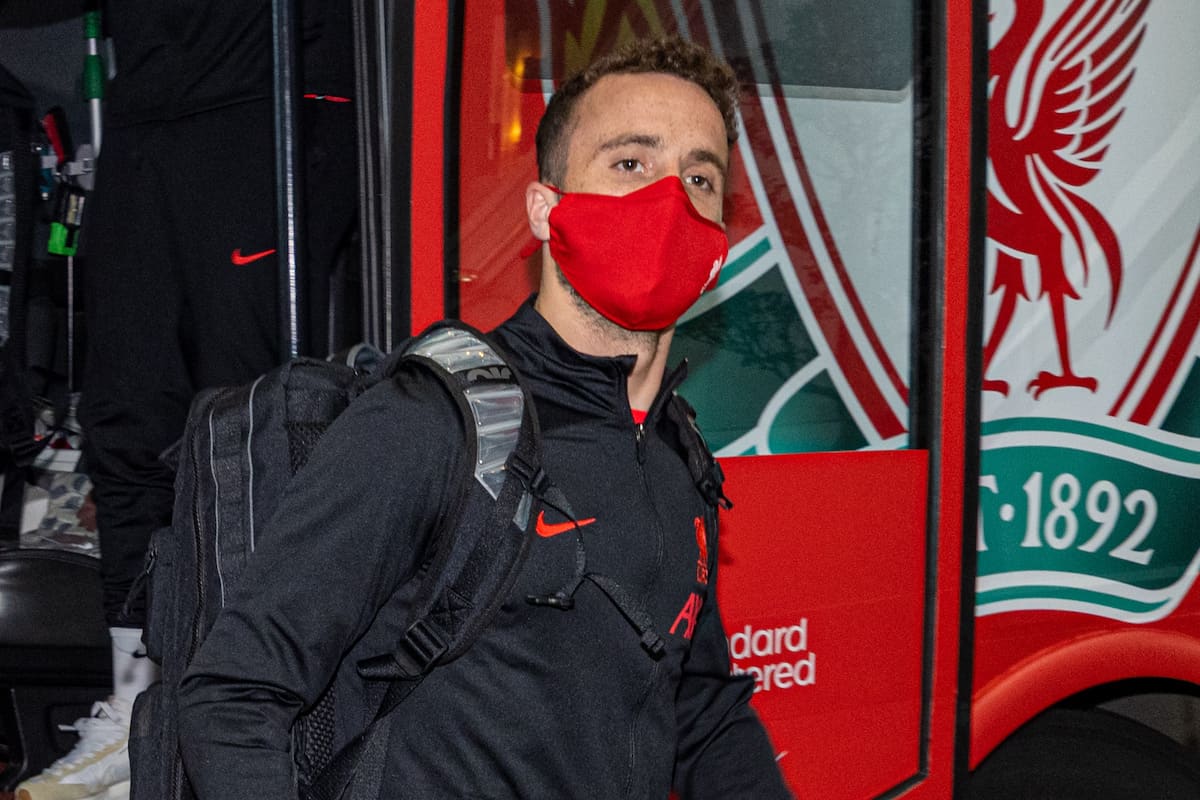 Diogo Jota returned to pre-season off the back of a hamstring injury sustained while representing Portugal and is now having tests to determine the severity of any setback.

Jota’s summer break was affected by a hamstring injury that he picked up in Portugal’s final game at the end of a long and exhausting season.

The 25-year-old was left out of Liverpool’s first pre-season game against Man United on Tuesday, more of a precaution with the Reds not needing to rush his return.

But despite Jota having said he was “almost back 100 percent” earlier in the week, he appears to have suffered a setback during training on Wednesday.

Jurgen Klopp has confirmed that the forward has undergone a scan on an injury to the same hamstring, with Liverpool only left to wait for the results.

Alisson was another not feeling 100 percent and sat out of training, Klopp confirmed in his press conference in Singapore.

“Diogo, unlucky eh?” Klopp said. “He had an injury from the end of last season. He trained fully yesterday but got injured again. That’s really not cool. 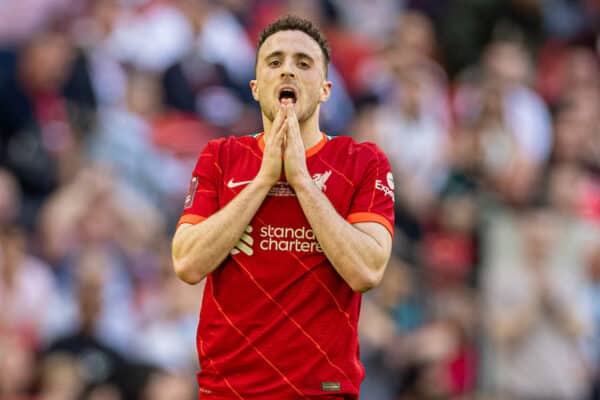 “Now we have to wait for the results. He had an assessment this morning so we will have to see. It’s in the same area.

“Ali was not 100 percent earlier. He felt something while warming up so again we will have to see. I think pretty much all the others are fine. It’s the period of the year when we have to be really careful.”

It is far from the ideal scenario for Jota during what is a condensed pre-season schedule, with Jota’s return on July 9 coming only 28 days before Liverpool’s season opener at Fulham on August 6.

It puts him on the back foot as the likes of Mohamed Salah, Roberto Firmino, Luis Diaz, Darwin Nunez, Harvey Elliott and Fabio Carvalho all push on with their preparations for the season.