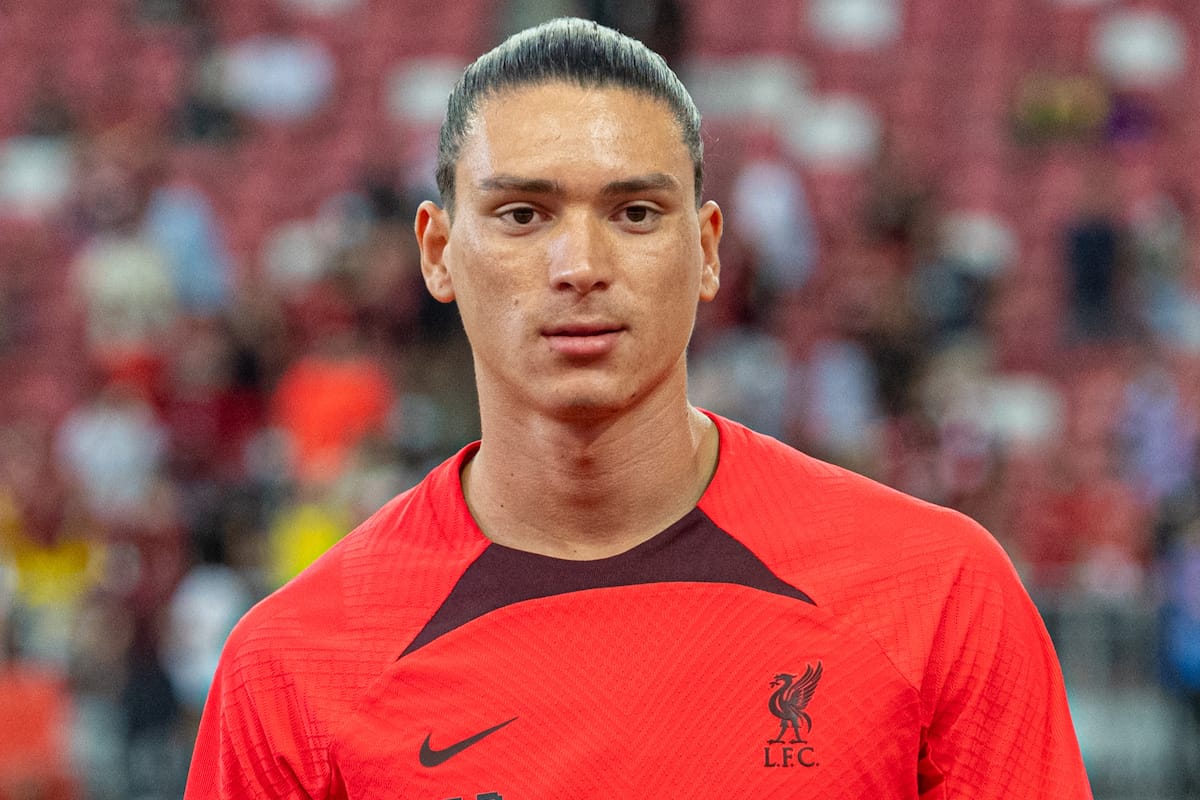 Despite outside perceptions of Darwin Nunez‘s first weeks as a Liverpool player, Jurgen Klopp is said to be “more than satisfied” with his application so far.

There was a strange feeling when Nunez took to Twitter following his second outing for the Reds against Crystal Palace.

Accompanying a series of in-game photos there was one word. Resiliencia, which requires little translation, was paired with a shushing emoji.

It spoke to the way in which modern players consume criticism more than their predecessors; Nunez had just brought his tally of minutes on the pitch for his new club to just over an hour, but the scrutiny has been wild.

A convincing argument can be made for footballers avoiding social media altogether, but for the same reason millions of others are glued to Twitter and Instagram, it seemingly cannot be avoided.

But according to The Athletic‘s James Pearce, Klopp’s assessment of Nunez’s start at Liverpool is much different to those sections of ‘fans’ online.

“The reality is that Klopp and his staff have been more than satisfied with what they’ve seen from the player so far,” Pearce wrote.

“They loved his movement and his ability to get away from defenders and find pockets of space.

“There were also promising signs of an understanding being formed with both full-backs, who looked to exploit his pace and power in behind.” 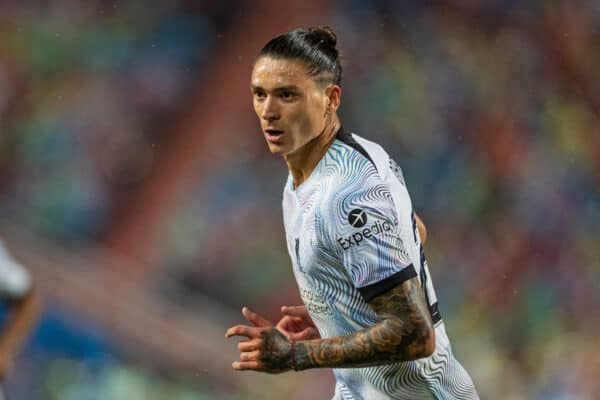 This should come as no surprise, as Nunez has, in fact, shown positive moments during his brief, half-hour displays against Man United and Crystal Palace.

Understandably, both the striker and his new team-mates face an adaptation period, with Liverpool barely utilising a traditional No. 9 during the seven years Klopp has been in charge so far.

But there is a belief within the club that, sooner rather than later, Nunez will settle and begin to show the form that earn his £85 million move from Benfica.

As Virgil van Dijk told Pearce, he is “one for now and also one for the future,” with the quality in depth within Klopp’s attacking ranks allowing him the time to adjust to his new surroundings.

That is key, of course, as though Diogo Jota is currently sidelined, Liverpool also have Mohamed Salah, Luis Diaz and Roberto Firmino to call upon, not forgetting Harvey Elliott and Fabio Carvalho, too.