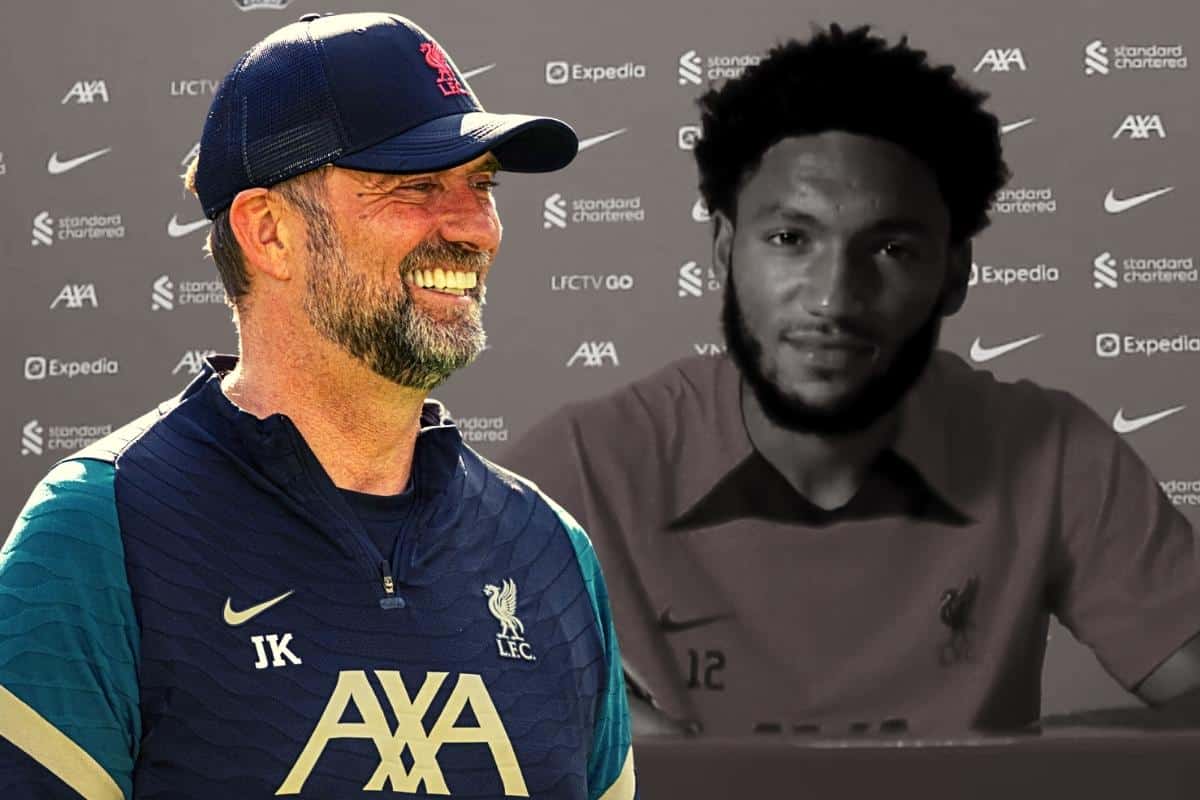 With Joe Gomez set to stay at Liverpool for another five years, Jurgen Klopp has outlined his belief that there is a lot more to come from his long-serving No. 12.

Gomez has already been a Liverpool player for seven years, having arrived from Charlton in a £3.5 million deal in 2015, but he is now committed until 2027.

The centre-back became the third to sign a new contract this summer when he put pen to paper on a five-year extension on Thursday, following deals for Mohamed Salah and James Milner.

Klopp also put pen to paper earlier this year, committing to the club until 2026, while Darwin Nunez, Fabio Carvalho and Calvin Ramsay have all agreed long-term stays.

While Gomez spent last term as fourth-choice centre-back, there is a sense that he can renew his challenge for a starting spot, with Klopp telling the club’s official website his “best years are still to come.”

“He has so many qualities, I could talk about them all day.

“So knowing that he will continue his journey with us is a massive boost – one that everyone who loves Liverpool FC and cares about its present and future should be unbelievably happy about.

“One of the many wonderful things about Joe is he has experience and youth – that’s not a bad combination.

“He has not long turned 25 but he was at the club before I was and I think after Hendo and Millie he is our longest-serving player. Incredible.

“But the best thing of all is that his best years are still to come and I could not be happier that this will happen with us.”

This time last year brought a milestone for Gomez as he returned from a long-term knee injury to feature alongside Virgil van Dijk during a pre-season friendly.

Fast-forward 12 months, the 25-year-old was part of the first group back at the AXA Training Centre and has already joined in with gym work, small-sided games and running drills.

He is in line to start against Man United in the opening pre-season friendly on Tuesday, and Klopp is impressed with his conditioning since returning.

“In terms of right now, Joe is in phenomenal shape,” he added.

“We had a few weeks off and when I returned to AXA I saw him and my first thought was ‘wow!’.

“Physically, he is in such a good place and now all he needs is a good pre-season and the rhythm that comes from this.

“Everything else is in place and I could not be happier that he will be staying with us for even longer.”