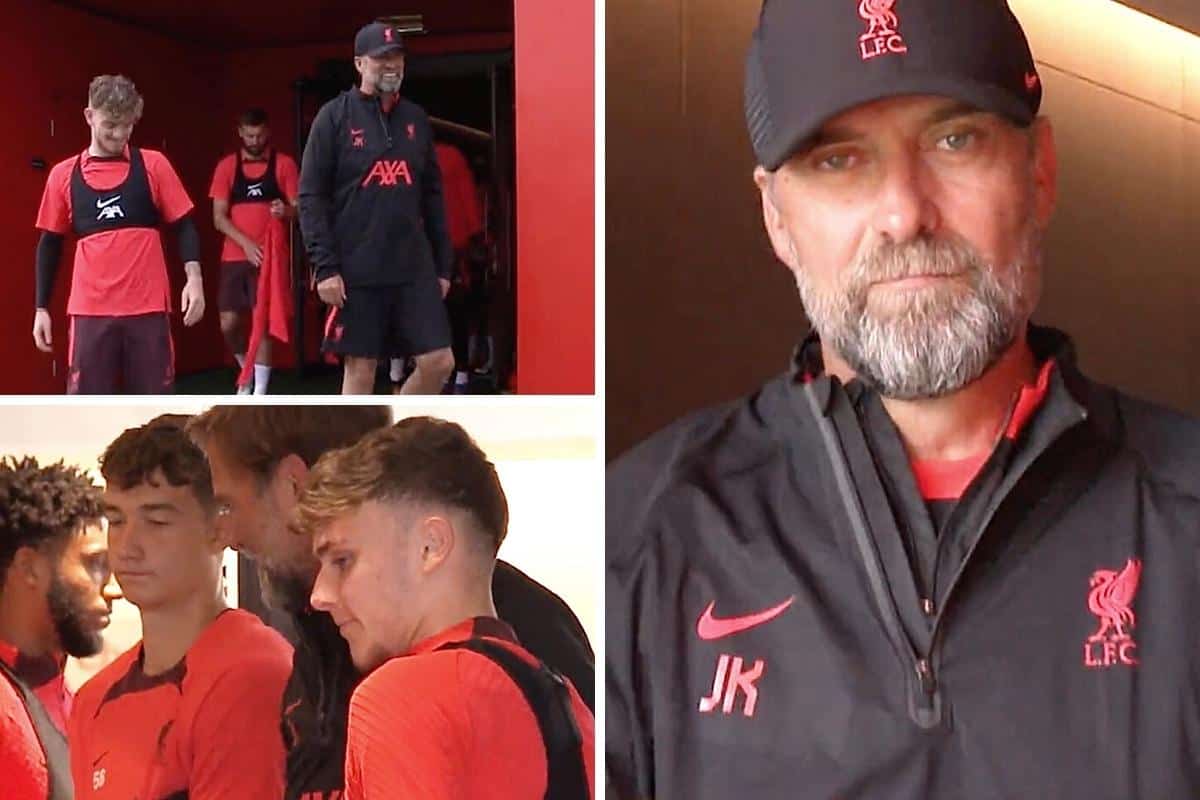 Jurgen Klopp was back for day two of pre-season on Tuesday, while at least nine Liverpool academy youngsters were called up as ball work began.

Despite provisionally setting a start date of Monday, July 4, the Reds are reporting to the AXA Training Centre at different points over the opening days of pre-season.

Fifteen players were put through their paces in the gym on day one, including Jordan Henderson, Luis Diaz, Joel Matip, Joe Gomez and new signings Fabio Carvalho and Calvin Ramsay.

Another five were originally listed among the first due back, and though Neco Williams is currently training separately, the remainder are expected to be involved on Tuesday.

Roberto Firmino was among those seen arriving at the training facility in the morning, heading in alongside Diaz as the summer rain poured.

For those who had already gone through the preliminary checks, day two brought ball work on the outdoor pitches, with Klopp drafting in a number of academy players.

Among those were Melkamu Frauendorf, Stefan Bajcetic and Bobby Clark, while Luke Chambers was still involved after his surprise inclusion on Monday.

Frauendorf, the 18-year-old attacking midfielder, made his first-team debut last season during the 4-1 win over Shrewsbury in last season’s FA Cup, and was regularly called up to senior training.

Midfielders Bajcetic and Clark, both 17, were namechecked by assistant manager Pepijn Lijnders as ones to watch back in January, and appear set to be given a chance during pre-season.

There are high hopes for the versatile Isaac Mabaya, 17, and the England youth international was also spotted with the squad. 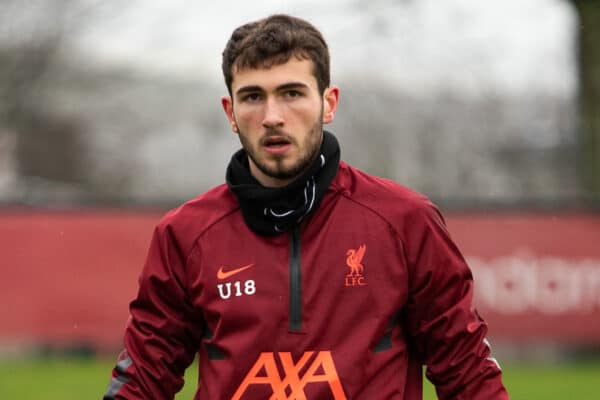 Goalkeepers Harvey Davies and Fabian Mrozek, both 18, were among those drafted in, while there was a place for the 19-year-old local duo of James Norris and Tom Hill, too.

The inclusion of Hill is a significant moment, with the midfielder having spent the majority of the last two seasons sidelined through injury.

This Is Anfield will report a full list of Liverpool’s pre-season squad for day two later on Tuesday. 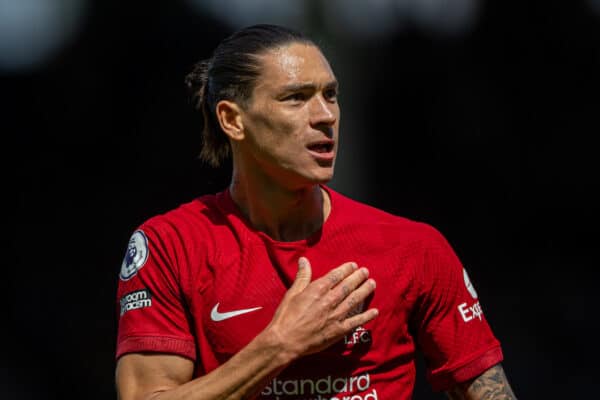