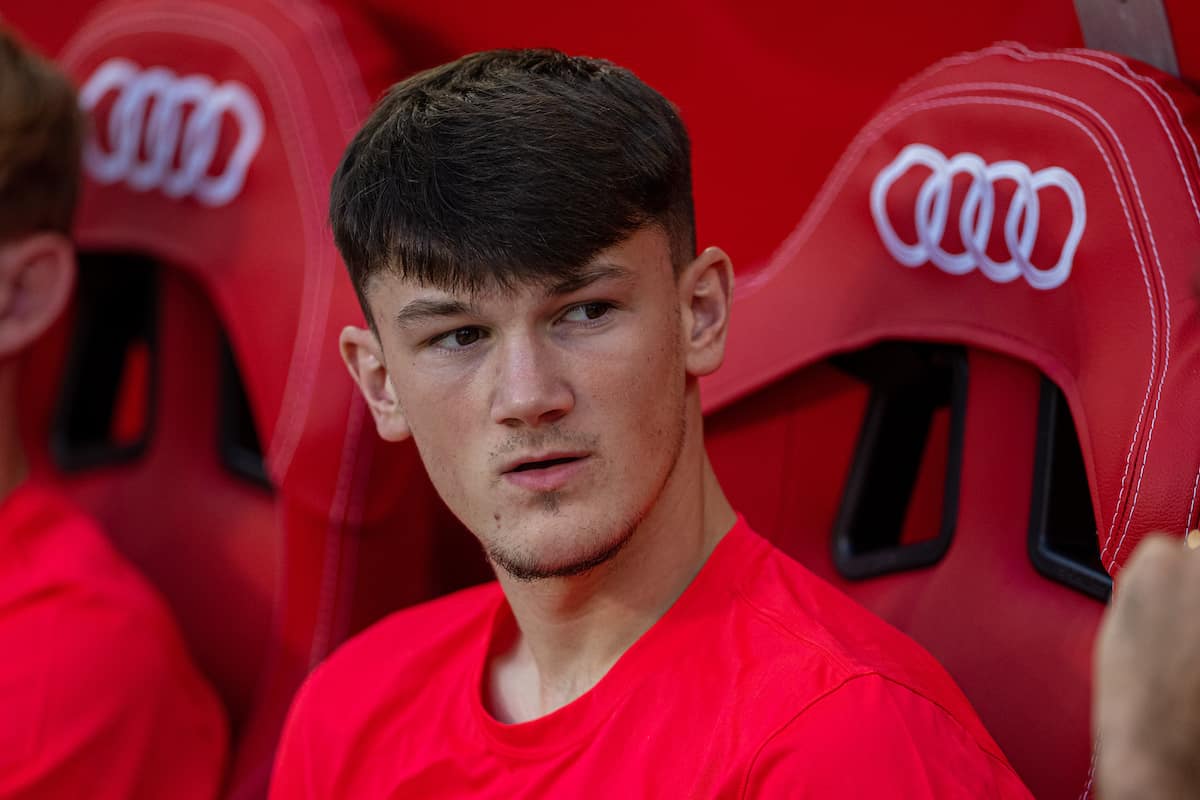 Calvin Ramsay was with the Liverpool squad in Salzburg but, again, was not in action, with Jurgen Klopp insisting the club must “be careful” with his injury.

Though he was one of the first players to report to the AXA Training Centre for day one of pre-season, Ramsay is still yet to train with his new team-mates.

Over three weeks on, the £6.5 million right-back is undergoing treatment for an injury discovered during his initial fitness tests, flying out to Austria last week but not working alongside the rest of the squad.

That has seen James Milner and youngster Isaac Mabaya fill in at right-back, while Ramsay works through a less-than-ideal start to life at his new club.

But Klopp has stressed patience with the 18-year-old brought in from Aberdeen, with Liverpool needing to “be careful” with his injury in order to avoid any long-term issues.

“We found a little injury which kids – which he is still – have when they grow,” he told reporters on Wednesday.

“So we have to be careful with that, that’s why he didn’t train yet.”

It is a similar situation to Kaide Gordon, who was thrust into the spotlight last summer and, after making his breakthrough with the first team around the turn of the year, has struggled with persistent injuries since. 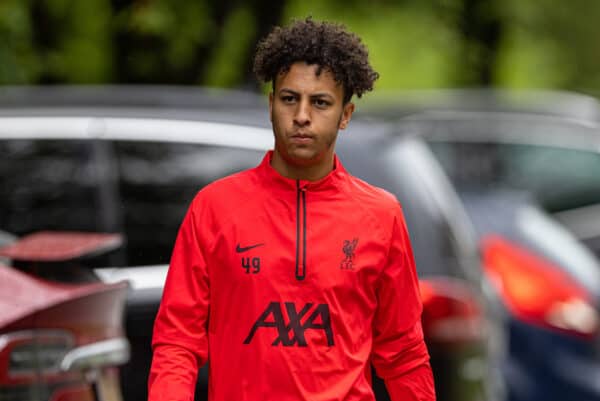 Like Ramsay, Gordon travelled to Saalfelden but has not been part of training yet, with fitness staff eager not to overwork the youngsters.

With the season due to start in a week-and-a-half, and the Community Shield to come on Saturday, it is unclear when Liverpool fans will see their new No. 22 on the pitch for the first time.

However, it would be no surprise if he is eased in over a series of months, and perhaps even first turns out for the under-21s as he works his way towards full fitness.

“Pre-season is not really there for the impact of new signings,” Klopp continued.

But as Ramsay would no doubt attest, minutes on the pitch in these warmup games could certainly have helped him in the adjustment period.