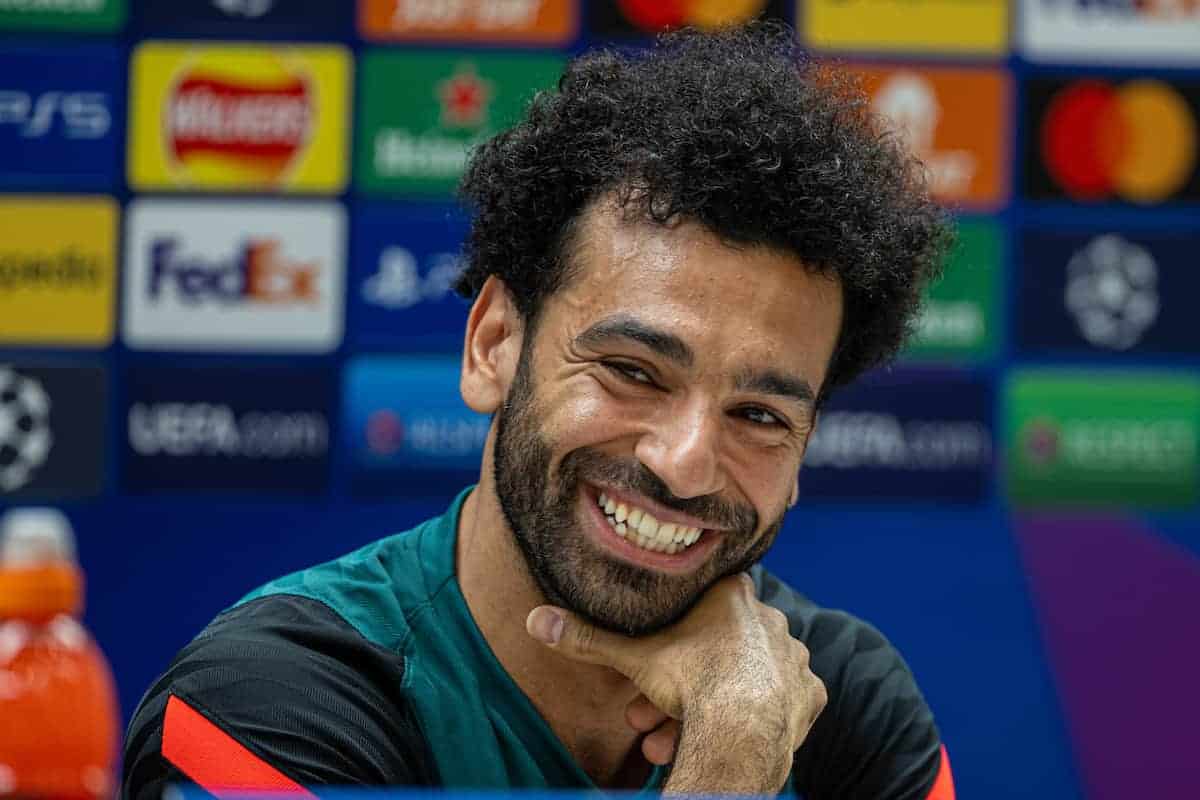 Mo Salah is the man of the moment following the announcement of his new Liverpool deal and his social media game reached another level with the perfect use of a Wolf of Wall Street reference.

Following 18 months of a contract impasse, an agreement was finally struck between Salah and Liverpool to ensure he remains committed to the club until 2025.

It was a day to savour for fans after the announcement came out of the blue, with his signature making him the “best summer signing” for many.

The announcement brought an end to months of messages willing the No. 11 to sign a new deal, with the 30-year-old now ready to “win many trophies” with Liverpool in the years to come.

And while Liverpool’s announcement of the contract was top-notch, Salah’s personal social media game was also exquisite and now includes a brilliant Wolf of Wall Street reference.

Leonardo DiCaprio’s ‘I’m not leaving’ monologue in the 2013 film hits all the right notes and Salah felt it right to post it on his Instagram story, much to the delight of fans.

??? Perfect use of this Wolf of Wall Street scene from Mo Salah on Instagram. Brilliant! pic.twitter.com/iYyz6ZJItP

The clip is one that many used in response to his new deal on Friday and Salah has now taken it up himself, and it’s quite apt.

“I’m not leaving…I’m not leaving. I’m not f**king leaving! The show goes on!” DiCaprio’s character Jordan Belfort exclaims to applause.

A brilliant clip to put a smile on your face, that’s for sure.

Salah’s deal has injected fresh feel-good factor on the eve of Liverpool’s pre-season return and it ensures there will not be questions regarding his future that would have overshadowed the campaign to come.