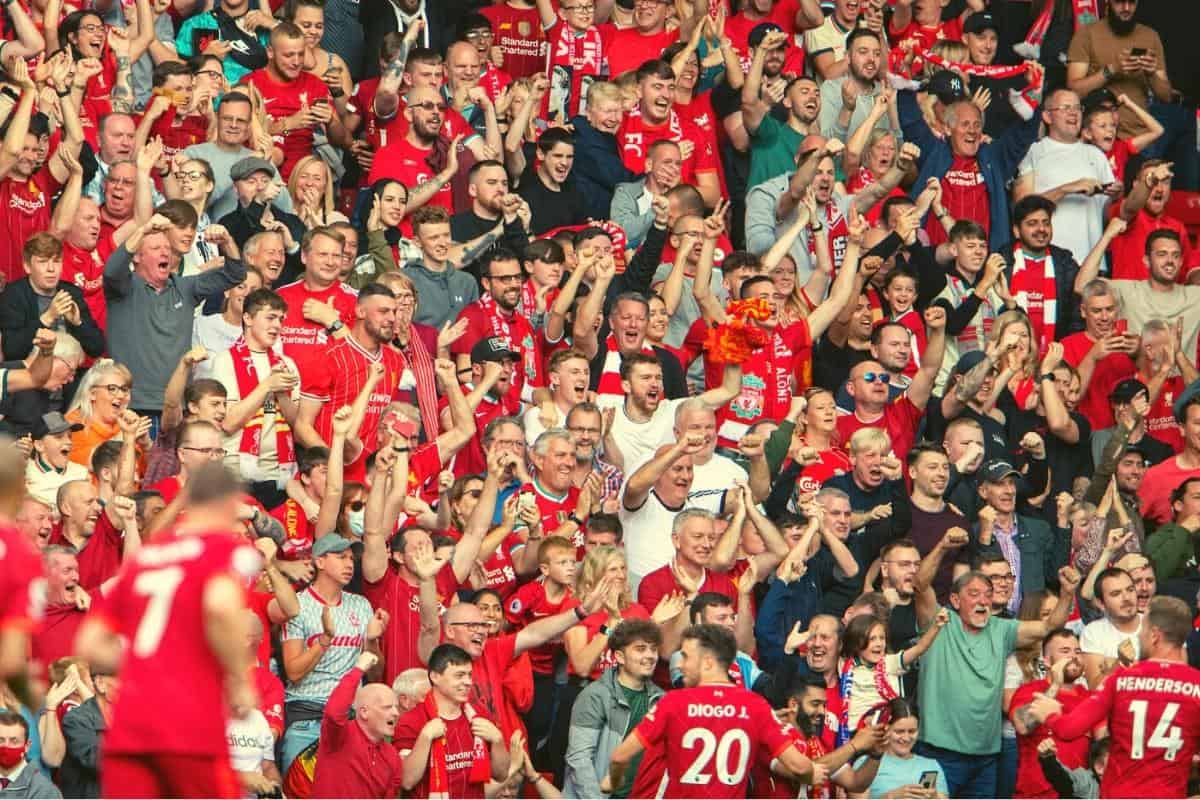 It has now been a year since Anfield opened its doors again for a full capacity of Liverpool supporters, with the club regaining its soul after a hollow 17 months.

On March 11, 2020, Liverpool surrendered their status as European champions at the hands of Atletico Madrid in a frantic 120-minute encounter at Anfield.

Twenty-four hours earlier, Jurgen Klopp had fronted questions from a Madrid-based journalist regarding public safety in the midst of a coronavirus outbreak in the Spanish capital, home of Liverpool’s last-16 visitors.

“We are not the society,” he replied, “we are part of the society and we should all be worried at the same time.”

Football had found itself at the heart of a nationwide moral quandary. 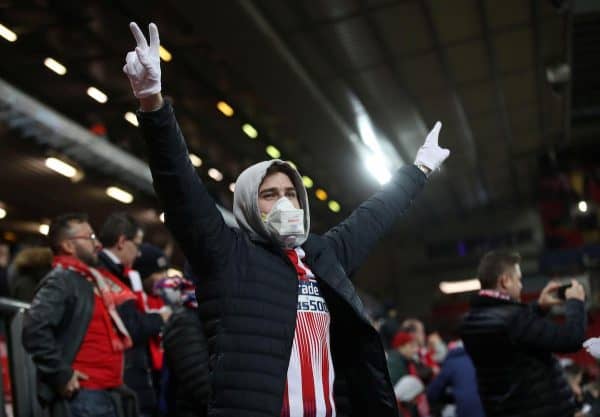 There were calls in numerous quarters to have the second leg of Liverpool and Atletico’s knockout tie postponed to protect the welfare of players, supporters and the wider community.

Nothing like this had happened before and, in truth, nobody really knew what to make of it all, how to act.

The game went ahead, Liverpool lost, and there was an inescapable sense amongst those leaving the stadium that any return to Anfield in a normal capacity could be delayed. 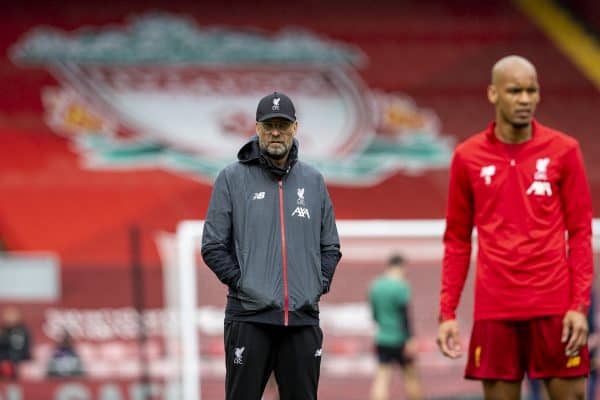 It would be 528 days before a normal matchday at Anfield took place again.

It is difficult to envisage that length of time without a full Anfield, let alone the events which unfolded during that period.

Liverpool ended the 30-year wait to lift a coveted 19th league title in record-breaking fashion, only to concede it in equally emphatic measure by ending a 68-game unbeaten home run with six straight defeats at an empty Anfield.

Oh, and the goalkeeper scored a crucial last-minute header away at West Brom.

The return of football as we know it 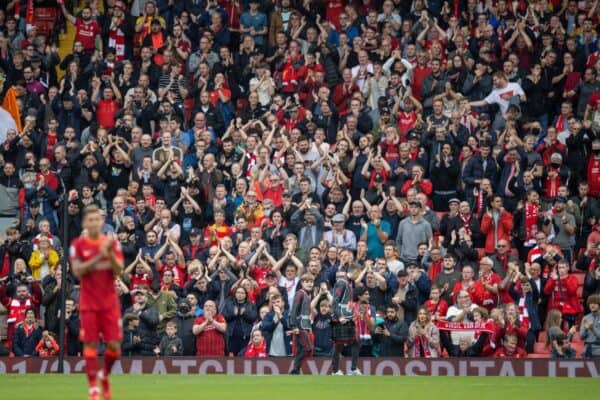 Liverpool hosted Burnley on August 21, 2021, and it wouldn’t be overstating things to label it a major moment in the club’s history.

A crowd of 54,074 poured into Anfield to experience the footballing cathedral in all its glory for the first time since that somewhat sombre affair back in March.

It was a momentous occasion for anybody fortunate enough to visit Anfield on a regular basis, but it was also a vital step from the wider perspective of Liverpool’s global audience.

Liverpool games reach countries all across the globe, and the viewer experience had been severely hampered by the dearth of a live audience.

The obsessive, partisan supporters are what hasve helped establish the Premier League as the biggest in the business.

Fake crowd noises were pumped in, the echo of a ball being kicked reverberated around soulless stadia and as much as we tried to pretend otherwise (for the good of our sanity), football wasn’t the same.

The club’s marketing slogan ‘This Means More’ can be construed as pandering to the notion of scouse exceptionalism to anyone taking an external look.

We are always at risk of proclaiming inner beliefs as statements of fact from our bubble, but there was an irrevocable sense that Liverpool were harder hit than most by behind-closed-doors football.

The significance of supporters 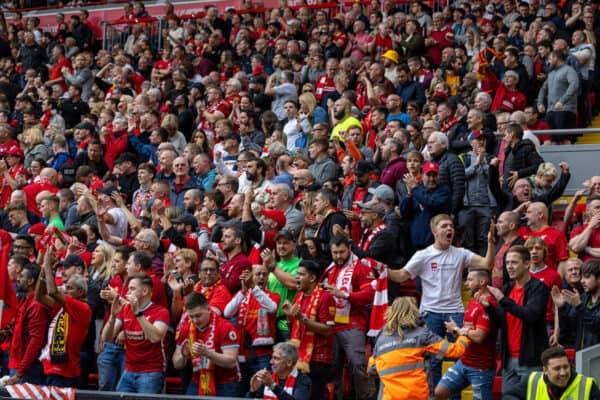 Klopp described the experience as a “bad dream,” citing empty stadiums as a huge contributing factor to the on-pitch struggles the team faced during 2020/21.

Liverpool hadn’t lost at Anfield since April 2017 but couldn’t buy a win shortly after Christmas.

Jokes were made about relocating Anfield to Budapest, where Liverpool were forced to play two home games in Europe due to Covid-related travel restrictions.

Twelve months on from the visit of Burnley, football in this country has well and truly returned to normal.

There were a handful of postponed fixtures during the winter of 2021/22 due to rising cases within Premier League squads, but restrictions on live spectators have thankfully never since resurfaced. 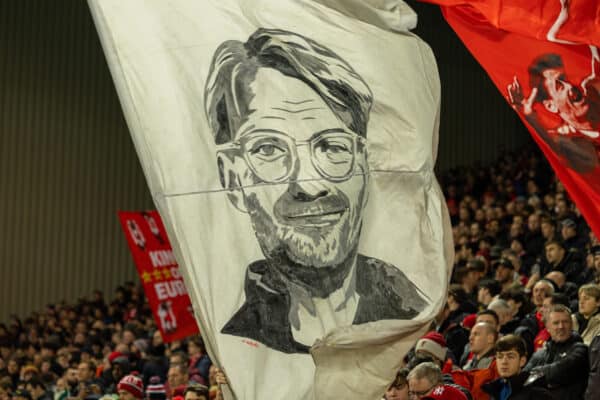 We vowed to never take it for granted again, but throughout last season the brilliance on the pitch enabled us to mentally shut out what football had been like in the campaign prior.

It was night and day in every single sense and we carried on as we’d left off 18 months earlier.

The gap in between feels like a different universe. Recalling significant events from games is a challenge due to the lack of energy you would typically find in such fixtures.

It became more akin to watching a TV programme than a sporting event, the usual emotions were sapped from us. 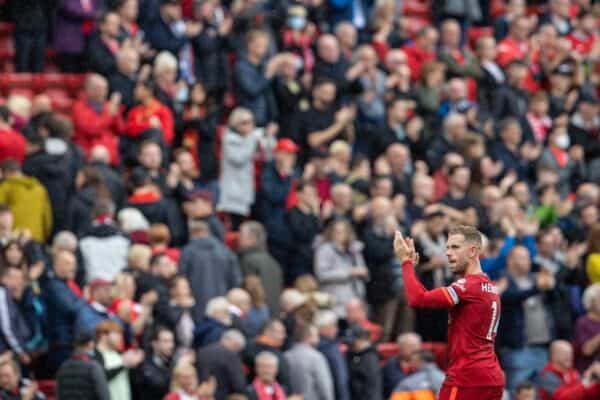 The game itself was refreshingly routine.

Diogo Jota put the Reds in front inside 20 minutes and the side were in cruise control right up until a sumptuous goal from Sadio Mane midway through the second half, courtesy of a perfectly clipped ball from Trent Alexander-Arnold.

On Monday night, Premier League football returns to Anfield once again, and from wherever you’re watching you can count your blessings that football is back exactly how it was when you fell in love with it.

An unprecedented quadruple chase swept us all away last season, and who knows, we may be lucky enough to witness something similar this time around.