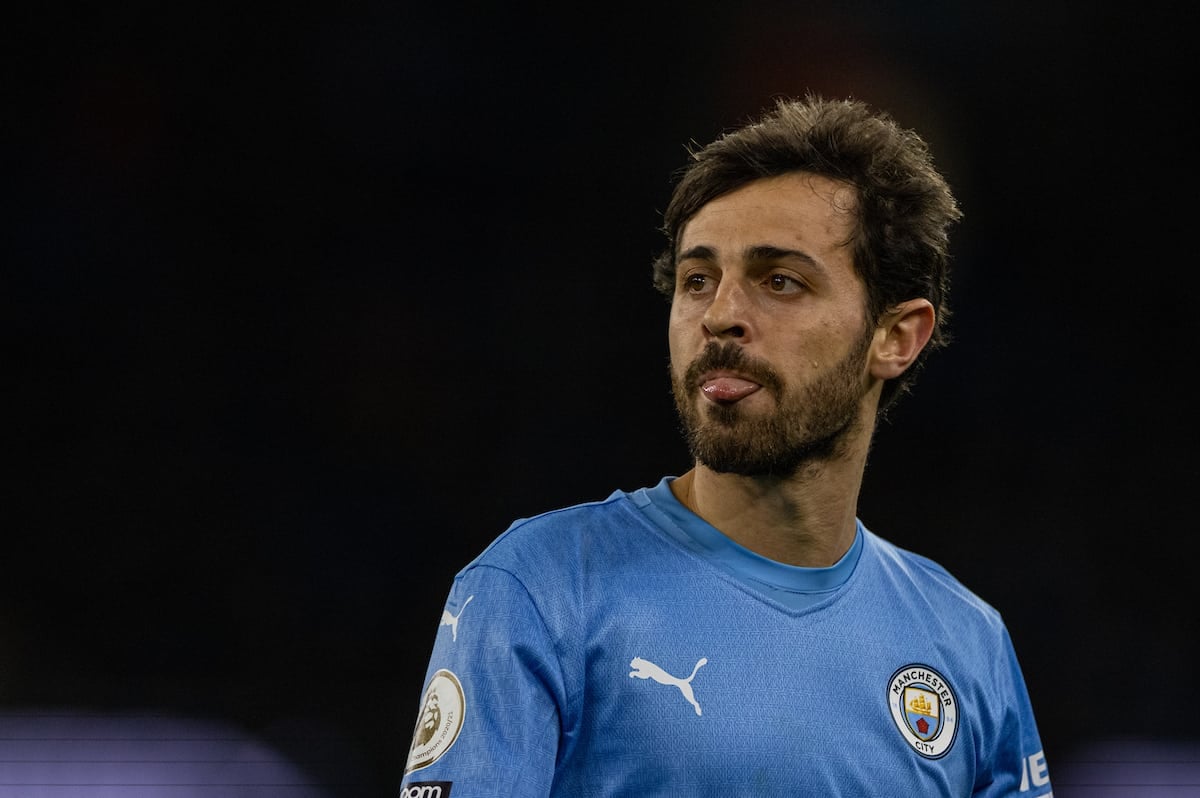 Bernardo Silva has insisted Man City “don’t get the credit they deserve” despite their success, pointing to Liverpool’s dominance of the PFA Team of the Year.

Throughout the modern rivalry between Liverpool and Man City, there have been few more outspoken players than Bernardo Silva.

The 28-year-old has made his disdain for the Reds and their supporters clear on many occasions, including opting out of a guard of honour at the Etihad when Liverpool won the Premier League title in 2020.

It is a strange preoccupation for a player who has won almost everything possible with the Manchester club – bar, of course, the Champions League.

And in a new interview with ESPN, Silva again referenced perceptions of Liverpool and Man City as he claimed his side “don’t get the credit they deserve.”

“Here at Man City, you do something great and they make it look like it’s just good,” he claimed.

“It probably shows that Man City players don’t get as much credit as they should.”

The midfielder added: “For me, it doesn’t matter honestly.

“I’m happy with the titles that we have and with the memories that in the last five years, we won four times.

“Of course, we don’t get the credit that we deserve.”

Silva was one of only three representatives of the title-winners, along with Joao Cancelo and Kevin De Bruyne.

But it is bizarre for the No. 20 to be so concerned by outside perceptions – despite repeatedly insisting “it doesn’t matter” – given the individual and collective honours he has accrued.

Somehow, those within Man City appear ignorant to the reasons why they are not as revered as their trophy cabinet should dictate.