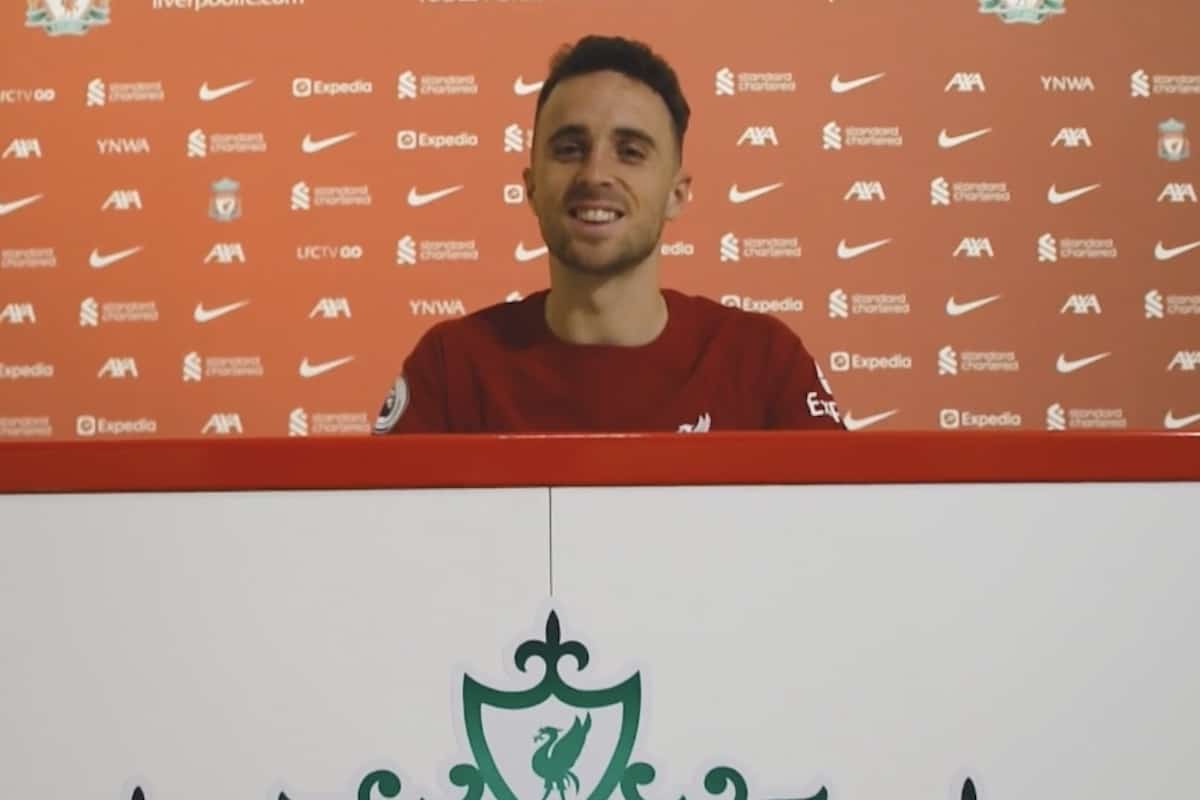 Diogo Jota has put pen to paper on a new five-year contract with Liverpool, with the club rewarding the excellent form of their No. 20 since joining in 2020.

Jota has proved an excellent addition to the Reds’ attacking ranks since his £45 million transfer from Wolves two years ago, with 34 goals in 85 games.

Such has been his emphatic form that the long-standing front three of Mohamed Salah, Sadio Mane and Roberto Firmino has undergone a more comfortable shift, with a new-look attack now in place.

Salah is among those to have signed a new contract this summer, and now Jota has joined the Egyptian in agreeing an extension to his deal.

Liverpool have announced a new long-term deal for Jota, which is believed to be for five years and on a significant increase on the terms finalised back in 2020.

“Really proud, I have to say,” the Portuguese told LiverpoolFC.com.

“Obviously since I arrived two years ago I established myself as an important player in this team – that’s what I wanted from the beginning.

“Now, signing a new long-term deal, it’s obviously from the club’s perspective proof of the belief in myself as a player.

“For me, obviously it’s really good to establish I’ll be here for a while.

Jota’s new deal follows extensions for Salah as well as James Milner and Joe Gomez, with Naby Keita and Harvey Elliott expected to be next in line.