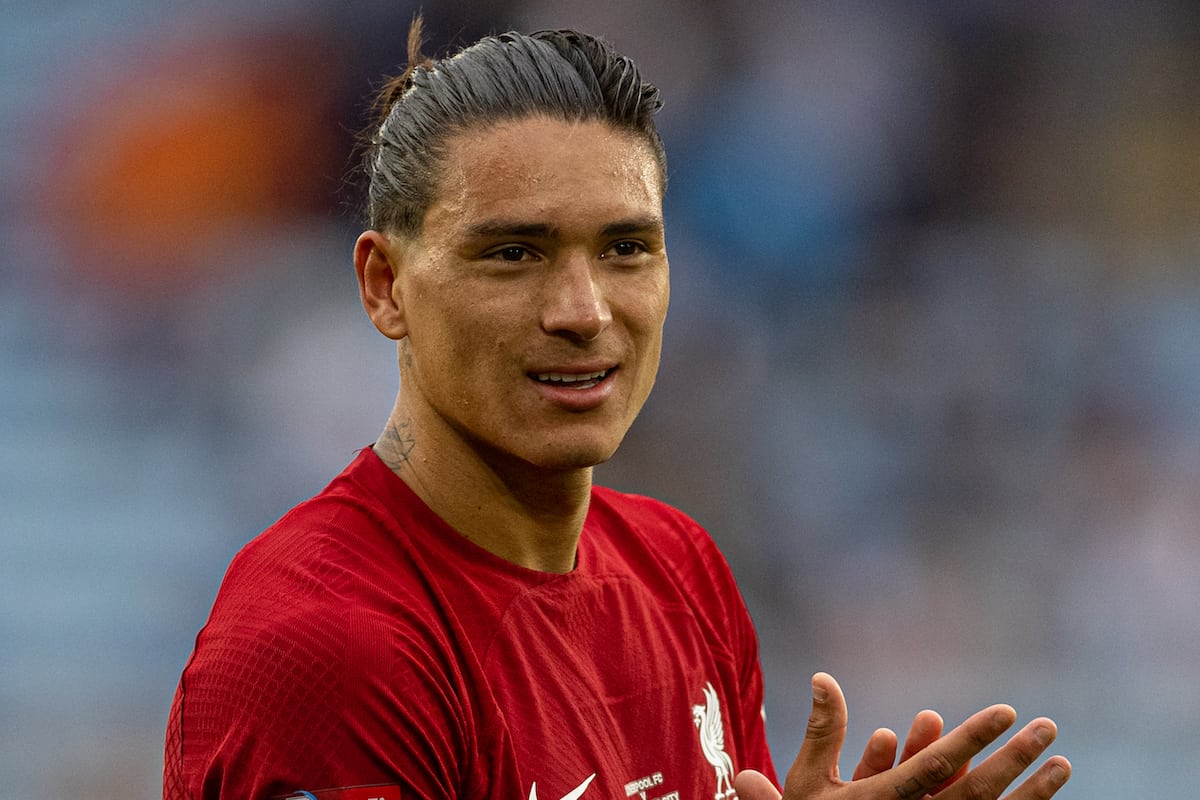 It’s still very much early days for Darwin Nunez at Liverpool but he offers something “different to anything else” in the Reds’ attack, and he’s going “to be a handful.”

It’s been a rollercoaster start to life at Liverpool for Nunez, first finding himself at the centre of bizarre social media criticism before responding with two competitive goals in as many games.

The No. 27 has been turned to off the bench by Jurgen Klopp in both the Community Shield win and the draw at Fulham, making an impact on both occasions to offer a glimpse at what he is capable of.

Nunez offers a different option in attack than what Liverpool has had in recent years and after watching him in training and on the pitch, James Milner has been impressed by what he has seen.

“Darwin is going to be a handful, I’m sure of that,” Milner told Sky Sports.

“He’s desperate to get his head on anything in the box, he’s a great finisher, he works very hard, makes some great runs and he’s different to anything else we have up there. 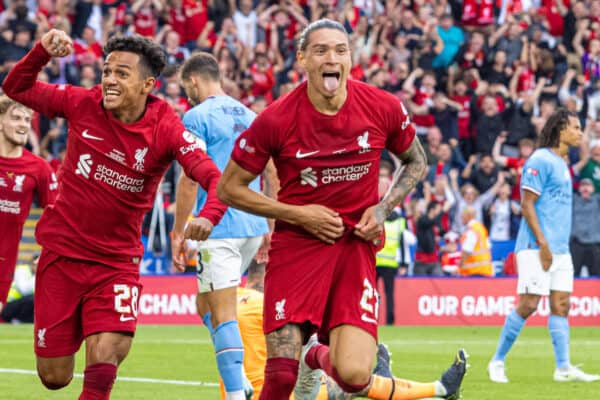 “I think he’s a fantastic signing and I’m sure he’ll score lots of goals.”

The Uruguayan conceded at the start of the month that he was “extremely nervous” after first arriving at the club and felt the pressure that comes with playing for Liverpool.

The support from his teammates went a long way, though, and Milner voiced his pride in the culture that has been ingrained in the team under Klopp.

“That atmosphere we have within the dressing room obviously starts with the manager and the atmosphere around the club, that helps players hit the ground running,” Milner told LiverpoolFC.com.

“You’ve seen it numerous times. You’ve seen it when Virg came, obviously new in the middle of the season coming in and playing so well straight away mid-season. Hopefully, Darwin is the same.

“He scored a couple of goals in the last few weeks, so hopefully it continues for him. That’s credit to the boys and the people around the club for making people feel comfortable straight away.

“It is a big change for [new signings] but it’s also the work that is done on the training ground.

“Obviously getting them to know how we want to play and then feeling comfortable in how we play, so a lot of work goes into that and hopefully it can continue, and Darwin can keep thriving.”