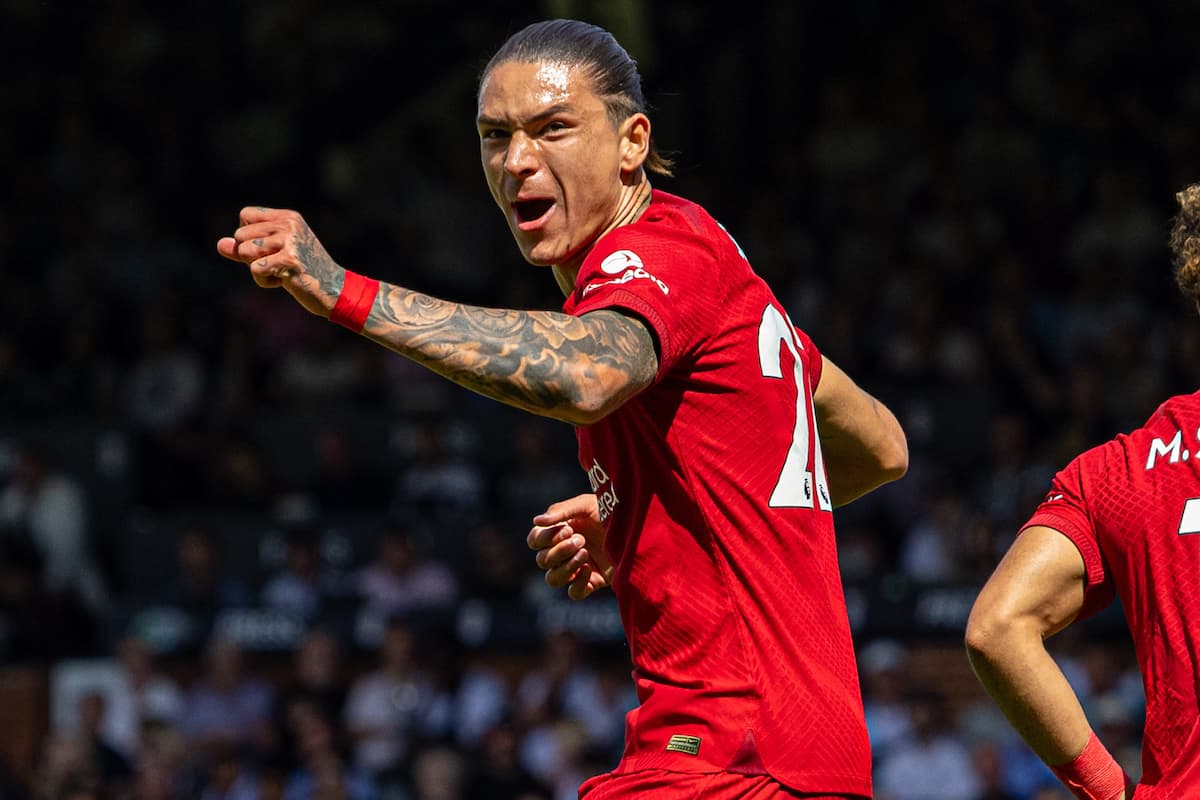 The final scoreboard at Fulham did not make for enjoyable reading, but Darwin Nunez opening his Premier League account is a welcome positive from a testing opening day.

The Reds’ trip to Fulham saw Jurgen Klopp name his new No. 27 on the bench, favouring Roberto Firmino to lead the line at the start of the season.

With a game to chase, the manager turned to Nunez not long after half-time and the striker did not take long to make his presence felt.

Another game-changing performance from the bench had Nunez celebrating his maiden Premier League goal just 13 minutes after being introduced, before then setting up Mohamed Salah‘s equaliser.

It was a performance that leaves you wanting to see more and Nunez had a simple message after his first 40 minutes in the English topflight.

“This is just the beginning,” Nunez penned on Instagram, with images of his goal. We like the sound of that!

The clever finish accompanied an impressive performance off the bench, with the 23-year-old throwing himself into the contest and working himself into all the right places.

Klopp praised as much in his post-match press conference while also lamenting what could have been with better deliveries into the final third.

“Great goal. Could have scored another one as well, maybe two? Crazy,” Klopp said.

“So he is involved in a lot of goalscoring situations, that’s really cool and that’s where we have to bring him up.

“Now imagine if we’d have played good, how often we could set him up then! Because that was obviously our main problem, that our delivery was most of the time not good enough.”

With Nunez off the mark, Salah too, it is now a case of the Reds dusting themselves off and using the nine-day break to their advantage.