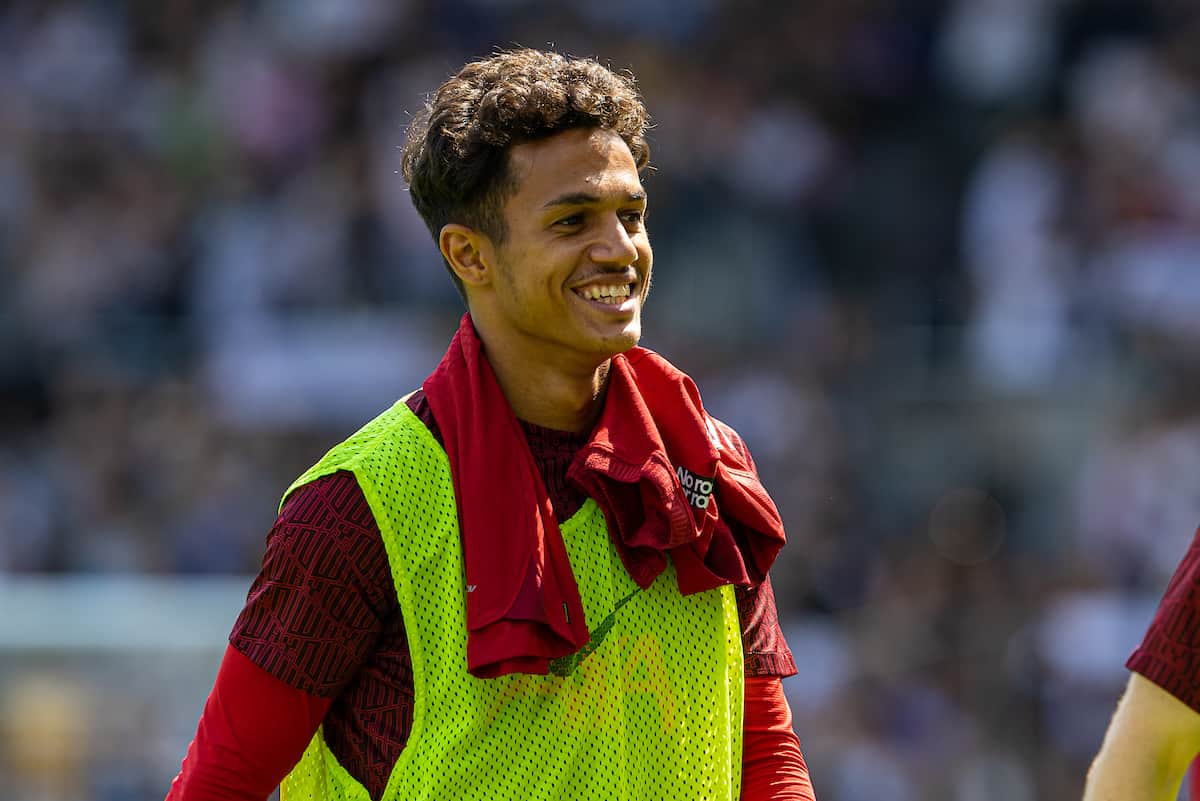 Fabio Carvalho is not accepting the Bruno Mars nickname he’s been given after joining Liverpool, but played into it when he sang his initiation song in pre-season.

Carvalho was one of three new signings at Anfield ahead of pre-season, and as a result was required to sing a song in front of the squad and staff during their time in Austria.

Meanwhile Carvalho, who has slotted into the squad seamlessly following his £7.7 million switch from Fulham, took inspiration from the nickname he was given early on.

“When I first came my nickname from the lads was Bruno Mars, which I’ve now said no to!” he told the club’s official website.

“So to stick to that little joke, though, I sang Bruno Mars’ The Lazy Song. It was alright!”

While Carvalho may not be the most extroverted character in the Liverpool squad, he believes being thrown in at the deep end off the pitch over the summer has helped him settle.

“The initiation with the songs for the new lads brought us closer, especially for me as I had to sing and so the lads were just laughing and joking,” he continued.

“Things like that just bring the group together, even the young players who came with us as well. It just brings everyone closer.” 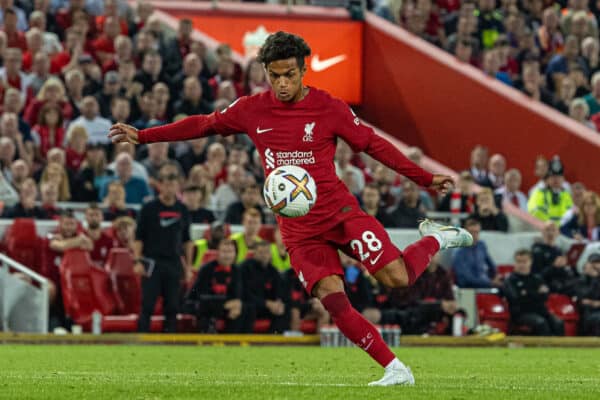 Klopp is yet to hand his new No. 28 a first competitive start, but Carvalho has come off the bench in each of the Reds’ three games so far this season.

There is a chance he starts on Monday night at Man United, with the manager requiring another attacking option following a red card for Darwin Nunez.

But Carvalho is confident his opportunities will come regardless in a uniquely busy campaign.

“There are going to be a lot of games and it’s going to be a bit stop-start with the World Cup, so we’ll just see what happens,” he explained.

“To achieve what we want to achieve, we need to be able to do that, so everyone needs to be prepared and ready to go.”