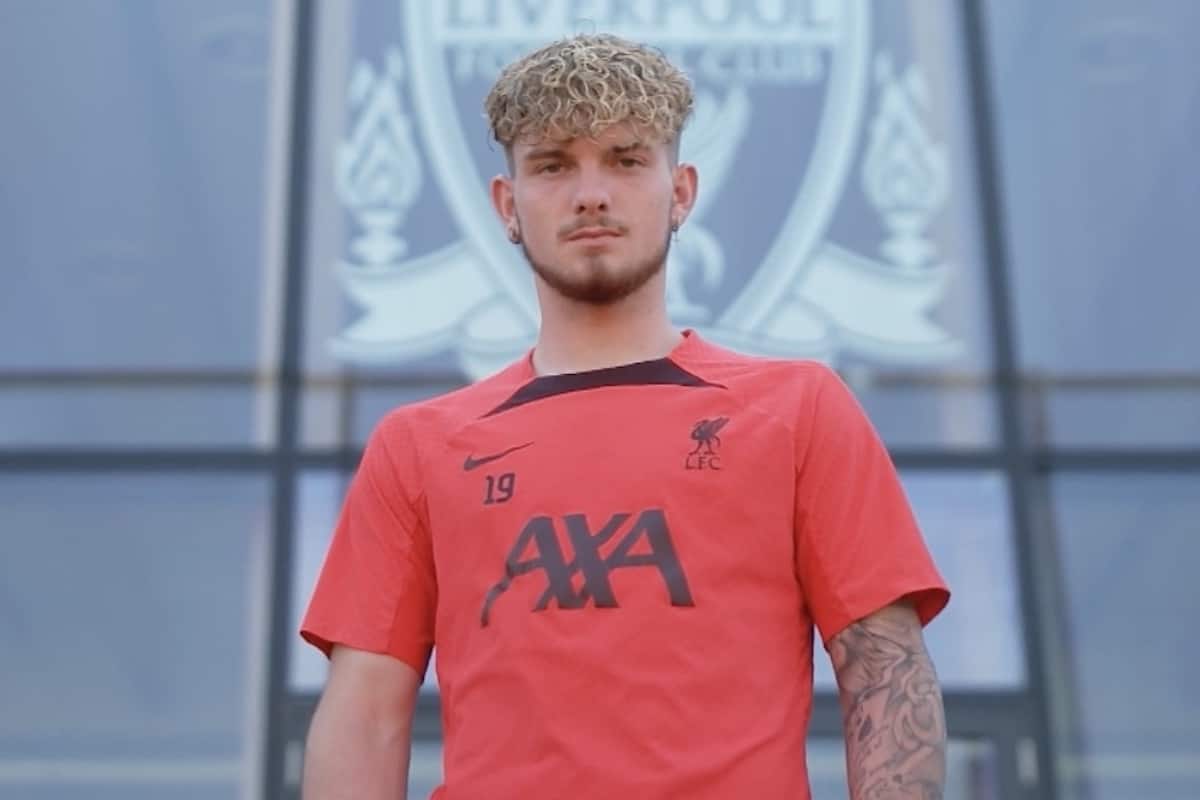 Just 13 months after signing his last contract, Harvey Elliott has added another year to his deal after agreeing to new terms until 2027.

The 19-year-old is gearing up for an important season for Liverpool after a nasty ankle injury disrupted his breakout year under Jurgen Klopp.

The boyhood Red swapped his No. 67 for No. 19 in the summer and is ready to make more memories and have a greater influence in the first team moving forward.

“I’m hoping there are many more memories to come with it but I’m just so excited to put pen to paper and stay here for a lot longer,” Elliott said after signing his new deal.

The new five-year deal is his third fresh contract in just over two years and fans are excited about all that is to come from the youngster.

Elliott's new deal, not long after his last, is testament to how much Liverpool rate him. And if they, who know themselves a player, have big faith in him then that is exciting

I'm delighted with the news that our star boy Harvey Elliott has signed a new long-term contract extension until 2027.

This season will be his breakout season, I've got no doubts about that. #LFC

Superb news this! Kick on Harvey! Gonna be a star for sure! #LFC #HarveyElliott https://t.co/fDULDKFbqb

Chuffed for Elliott. To be able to come back from that horrendous injury and get himself right to compete at the highest level again like he never left is extraordinary. Deserves this improved contract. Hope he keeps growing. We have a heck of a player on our hands.#LFC #YNWA https://t.co/6oPodaJe5F

I don't think you can argue that Liverpool's biggest and most important signings of the summer are Salah and Elliott's contracts.

Great stuff! Hope he kicks on this season and manages to cement his place in the XI. https://t.co/3ACi1P2UHW

“There is no such thing as like for like in football, but he has some of the ingredients of Andres Iniesta and thinks like a creative mid-fielder.”

This kid is going places, I'm telling you. If he hadn't had that leg injury, people would be raving about him. Just watch him fly this season. https://t.co/JSrpXc9mrP

Absolutely delighted. Massive talent who will have a big season. Excited to see him kick on now… https://t.co/HP02E379Gj

New contract for Harvey Elliott. Ready to see him become an integral part of our team and boss that midfield ? #LFC pic.twitter.com/x5f2W4njX9

Elliott’s new deal comes after Diogo Jota, Joe Gomez and Mohamed Salah all extended their stays throughout the summer, with a flurry of contracts also coming the way of a number of academy players.

After just 11 appearances last season thanks to injury, Elliott is in line for regular starts in the coming months and he is no doubt to bring the excitement factor when he is on the pitch.