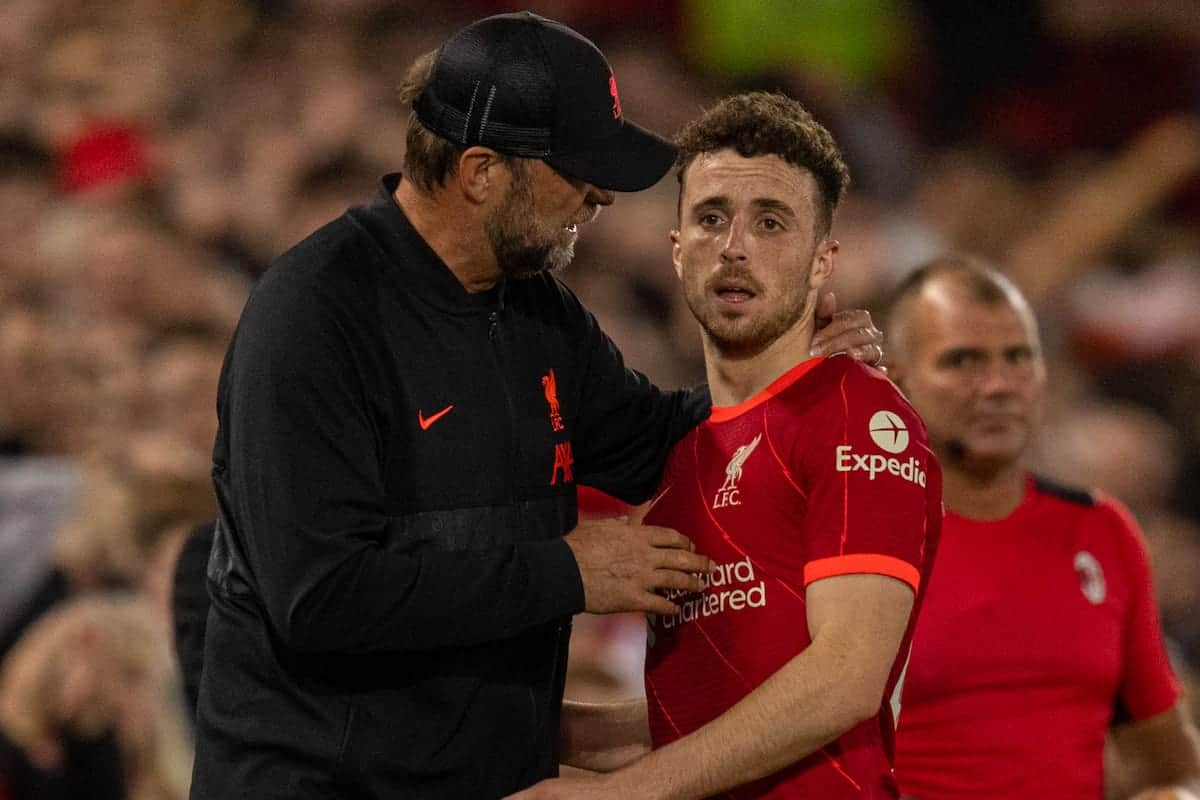 After the Portuguese forward put pen to paper on a new long-term contract on Tuesday, Jurgen Klopp claims Diogo Jota “has improved so much” during his two years at Liverpool.

Reports suggest Jota’s new deal will keep him at Anfield for a further five years, with the Portugal international also earning a significant salary rise.

Since arriving from Wolves in the summer of 2020, Jota has scored 34 goals for the club to date and has established himself as a key part of Klopp’s plans for the future.

Able to operate in a number of positions in attack, he has proved himself to be a vital part of the Reds’ attack.

Klopp has described the new deal as “brilliant news” and outlined the importance of Jota to his team.

“What Diogo has brought to this team and this club since he arrived is there for all to see, so it is really good news that he has signed a new contract,” Klopp told Liverpoolfc.com.

“Brilliant, brilliant news, I would say.

“His qualities are obvious. He scores goals – not a bad quality – he works unbelievably hard for the team, his pressing and counter-pressing are on an unbelievable level.”

The Liverpool boss has also highlighted how Jota’s versatility gives the team “so many options” and believes the forward has improved his game since joining the club two years ago.

He even went as far as to say the 25-year-old is “a little bit better” than he and his coaching staff initially thought when they signed him.

“He can play in all of our attacking roles and he has an incredible attitude. Not a bad package. Not bad at all,” Klopp continued.

“As a striker who can play on the wing, he gives us so many options and since he came to Liverpool he has improved so much.

“I have said before that Diogo is the player we hoped he would be but also a little bit better, so long may this continue.”

Jota is currently sidelined with a hamstring injury that he initially picked up on international duty at the end of last season, before a recurrence of the same issue during Liverpool’s pre-season tour of Asia.

Reports suggest the club are hoping he will be able to return to full training “within two weeks.”