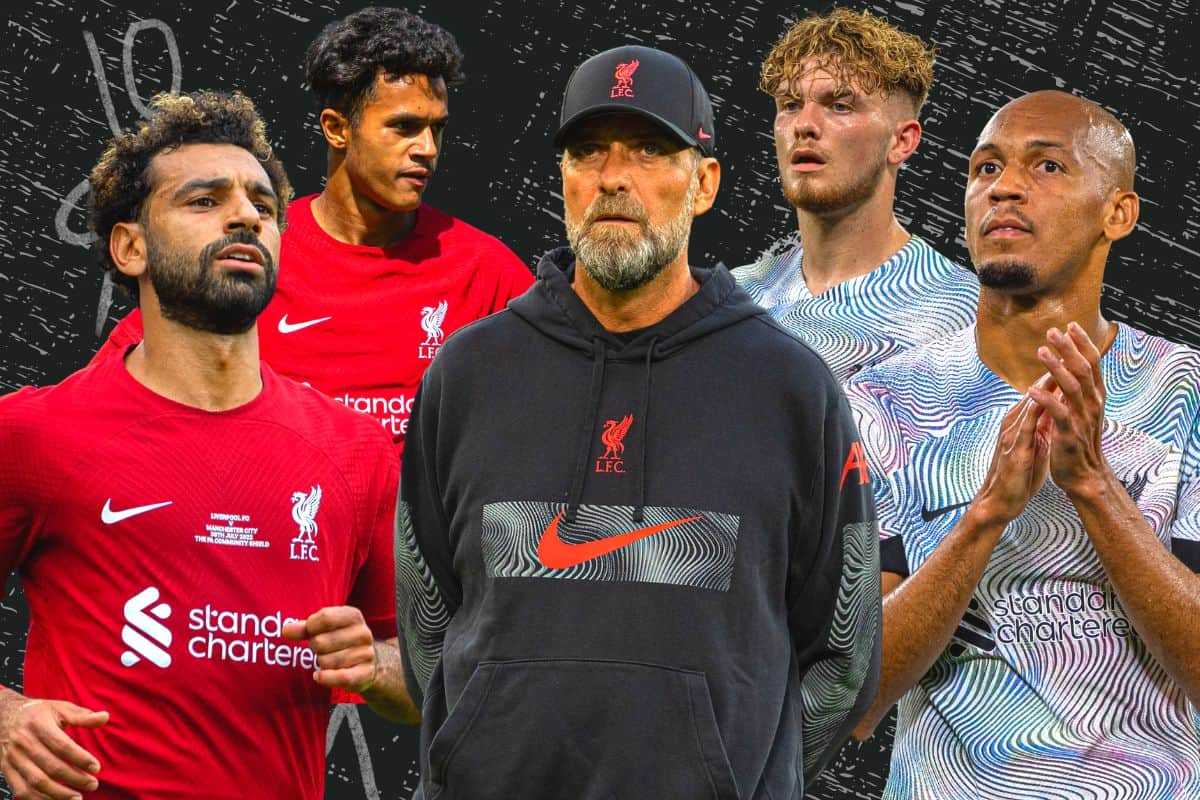 Liverpool and 4-2-3-1: The pros and cons of formation change

After three Premier League games, Liverpool remain winless, and with their list of unavailable players continuing to increase, could now be the time to try out a change to a 4-2-3-1 formation?

Two points from three games, 16th in the table and an extremely worrying lack of cohesion from the players. Not the start to the season we were all expecting from Liverpool.

After such a passive, limp performance against United, you would expect changes when the Reds welcome Bournemouth to Anfield on Saturday.

Given the players Jurgen Klopp has available, should he be considering a new system?

After the game against Man United, the Liverpool boss told reporters he didn’t feel he could play with a two-man midfield due to a shortage of forwards.

“We have, in the moment, five senior midfielders, and we have to start with three,” he said in his post-match press conference.

“We could start with two if we had more attackers but we only have three attackers, so it means we have to start with three and change during the game.” 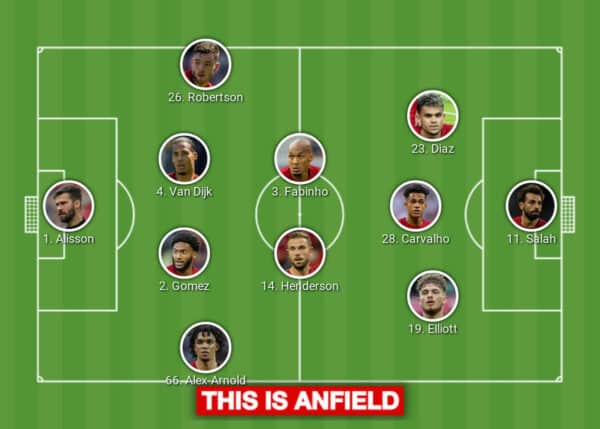 If you look at the Reds’ options, though, that doesn’t necessarily have to be the case.

What about a team that consisted of Fabinho and Jordan Henderson in a midfield pivot, Fabio Carvalho or Roberto Firmino in the No. 10 role, Harvey Elliott and Luis Diaz on the sides and Mohamed Salah up top?

On paper, it sounds like it could work, but is it really a good idea? 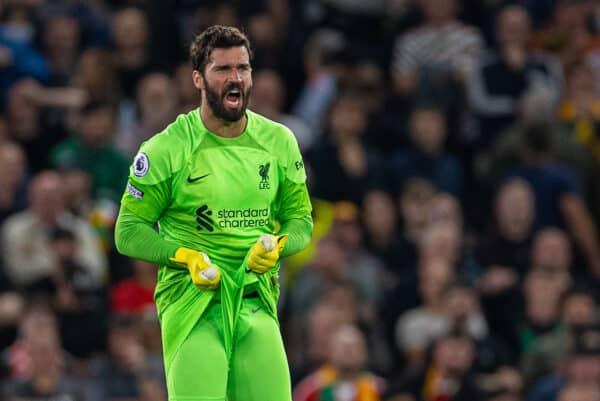 There was an interesting snippet from Alisson after the defeat at Old Trafford on Monday.

Real Madrid manager Carlo Ancelotti had something similar to say after his team had beaten the Reds in last season’s Champions League final, claiming Liverpool “were easier to decipher” than their other opponents earlier in the competition.

“We knew what strategy to take — don’t give them space behind the defence to run into,” he added.

The signing of Darwin Nunez, a striker with completely different characteristics to the forwards Klopp has used in recent years, would suggest the Liverpool boss knows his team needs to become more unpredictable.

The Uruguayan remains unavailable, but even without him, a formation change would surely give Bournemouth boss Scott Parker something different to think about?

CON – Klopp hasn’t tried it, even in pre-season

Many supporters thought this could be the season Klopp moved away from the 4-3-3 system in favour of a 4-2-3-1.

But if there were plans to use it on a more frequent basis in this campaign, surely it would have been tried out during pre-season?

That hasn’t been the case, with Klopp preferring to stick with his tried and trusted formation.

With that in mind, can we really expect to see a change in system with such little match practice? 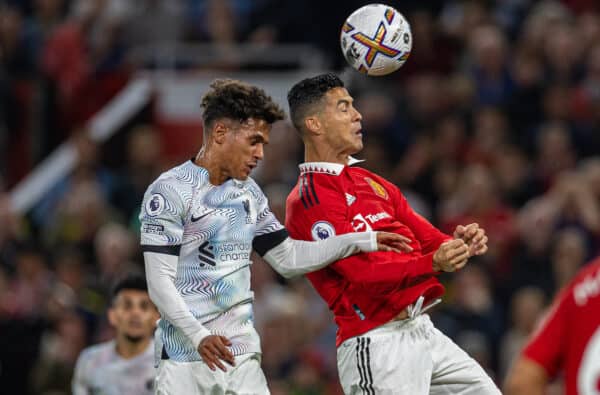 One of the only players to emerge with any sort of credibility from the defeat at Old Trafford was Carvalho.

Positive on the ball, a much-needed attacking dimension to Liverpool’s midfield and, of course, a role in Salah’s late consolation.

It was Carvalho’s performances as a No. 10 in a 4-2-3-1 formation at Fulham last season that convinced the Reds to make him their first signing of the summer.

So, if Klopp is considering handing him his first Premier League start against Bournemouth, a switch to a 4-2-3-1 formation could be an ideal way to help him settle into proceedings.

The other option would be to use Firmino in this position, which he may now be better suited to than the false nine role he has occupied for years under Klopp.

A big reason many were in favour of a 4-2-3-1 system was down to the summer arrival of Nunez.

In theory, the former Benfica striker would be the ideal focal point in such a system, with three other attacking players supporting him.

Nunez, though, remains out, as a result of the red card he was shown for head-butting Crystal Palace defender Joachim Andersen.

Is there much point switching to a system without the player who would argubaly be most integral to it? Perhaps not.

What if Nunez’s absence presented Salah with an opportunity to lead the line?

He has done so, in a 4-2-3-1 system, with great success in the past, scoring a hat-trick against Saturday’s opponents Bournemouth in that very role in December 2018.

In fact, Salah’s goal record against the Cherries is an impressive one, with eight goals in the six matches he’s played against them.

Against United, it was clear that something wasn’t right in attack. Firmino was far too deep and, at times, Salah and Diaz were too wide. A world away from the telepathic link play we’ve seen between Liverpool’s forwards in recent years.

A change in shape could be the answer, and Diaz is also capable of leading the line in this system.

CON – A bad time to experiment?

There are no two ways about it, this is a must-win game for Liverpool.

More dropped points and any potential title challenge will be out of the equation within weeks.

Is this really, then, the time to be experimenting with a new formation that hasn’t been used at all this season?

It would mean three or four players would be deployed in unfamiliar positions, and Liverpool simply can’t afford to see such a decision backfire.

Jurgen has some decisions to make!