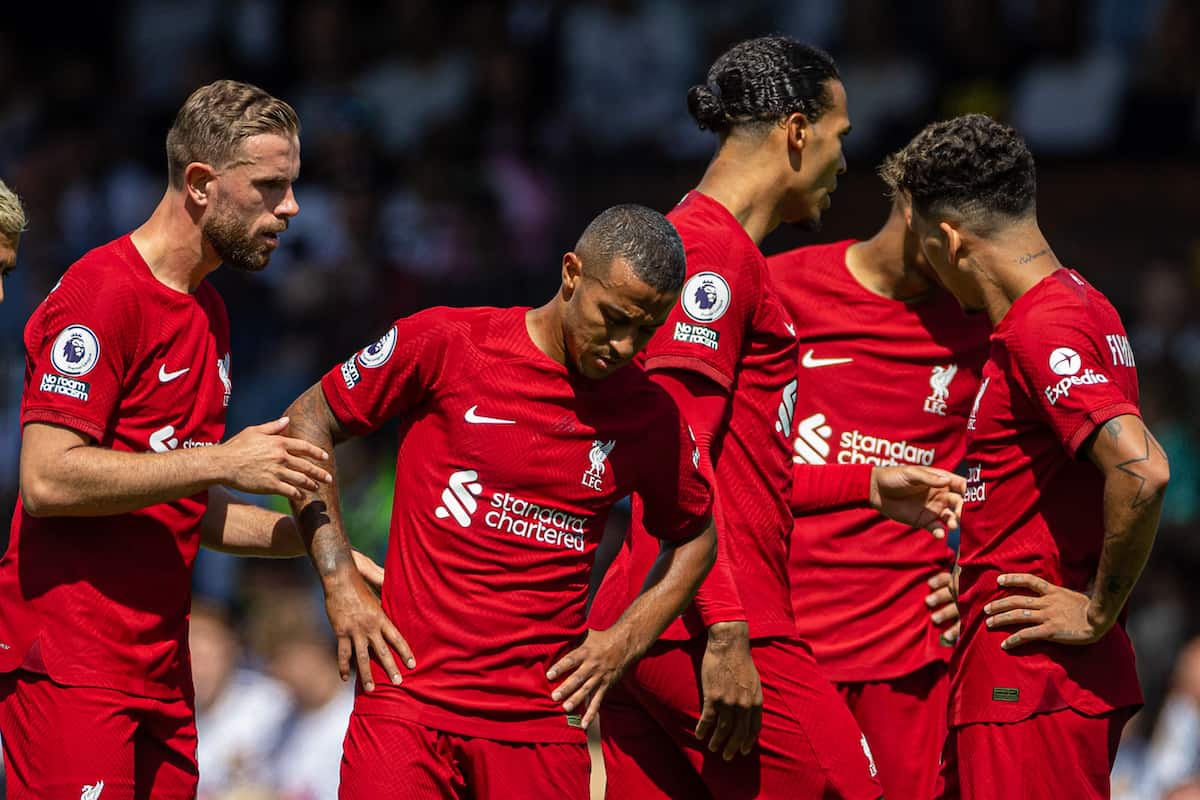 Jurgen Klopp‘s starting XI at Fulham included six players aged 30 and over, an age profile that has occurred only once for Liverpool in the Premier League since 1994.

The Reds’ current squad has an average age of 26.3 years, with eight members of Klopp’s first team currently aged 30 and over.

Only two did not see out the entire 90 minutes, while James Milner (36) took up the average age after his introduction at the hour mark.

But it is Klopp’s XI that has drawn the eye, as according to Opta Joe, it is the first time since 1994 that Liverpool named six players 30 and over in a Premier League starting lineup.

30+ – Liverpool have six players aged 30+ in their starting XI today, the first time they have done so in a Premier League match since February 1994 vs Southampton. Mature.

The last time was when Bruce Grobbelaar, John Barnes, Steve Nicol, Mark Wright, Ronnie Whelan and Ian Rush were all named in Roy Evans’ XI against Southampton in February 1994.

The XI at Fulham is one that is full of experience and know-how, but also one that highlights how necessary continued evolution will be for Klopp’s squad.

The arrival of Fabio Carvalho (19), Calvin Ramsay (19) and Darwin Nunez (23) has injected fresh blood and the hope is that it will soon be their turn to be relied upon, among others like Ibrahima Konate (23), Harvey Elliott (19) and Curtis Jones (21).

But like they did last season, Liverpool are still to rely heavily on their senior figures this season and the question is will they still top the over-30s list at the end of the campaign? 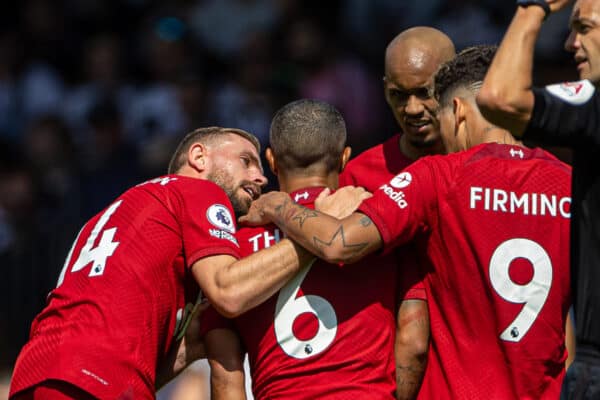 Last season, the Reds had the highest percentage of minutes played by players who, heading into 20223, were to be 30 or over, with 46.2 percent. That was 6.3 percent higher than the next side on the list in Newcastle.

It’s no surprise to have seen the club make a concerted effort to lower the average age of the squad in the summer but, for now, Klopp is clearly content to still turn to his veterans.