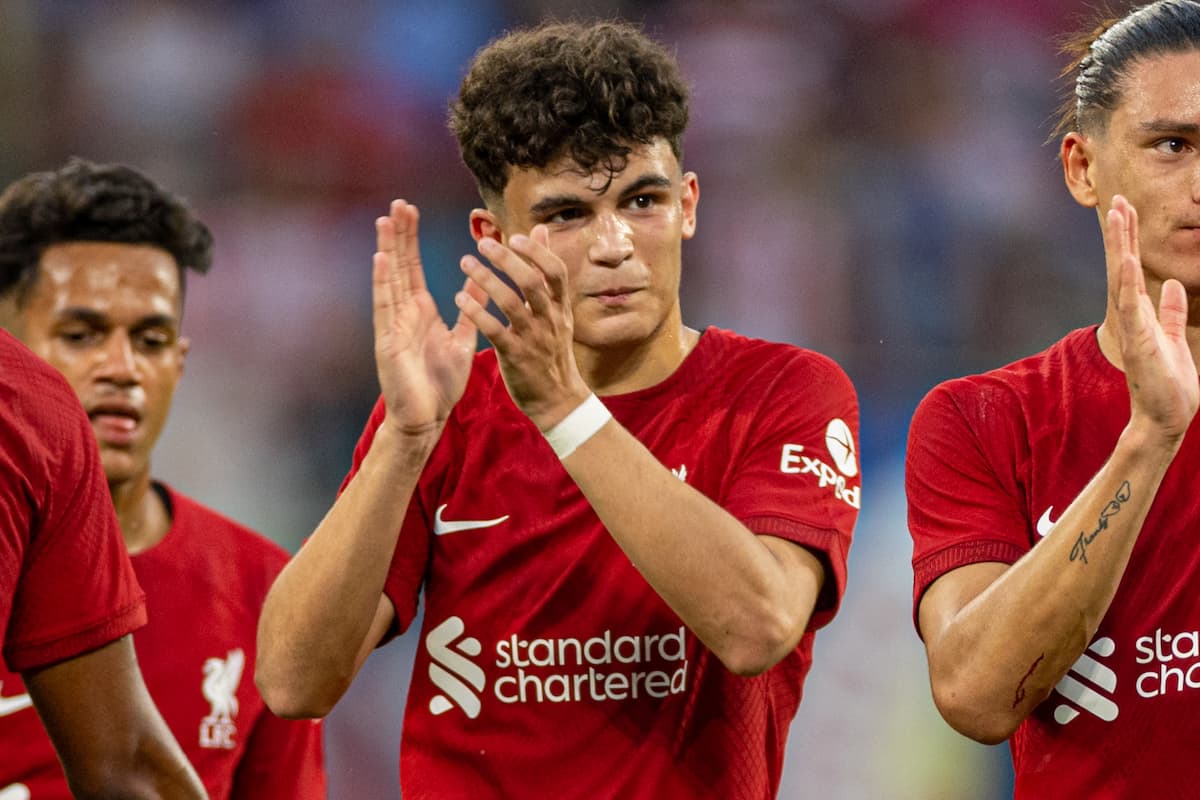 Layton Stewart helped rescue a point for Liverpool under-21s in a 1-1 draw at Brighton, only to be sent off moments later in a dramatic end to a tight match.

After an opening day defeat at the hands of Man City, Barry Lewtas‘ side were on the south coast and with four pre-season players Jurgen Klopp turned to in the XI, as opposed to the seven from last week.

Notably, Stefan Bajcetic, Bobby Clark, Melkamu Frauendorf and Max Woltman were all absent for the under-21s in the meeting at Brighton on Sunday afternoon.

It hints at another bench spot for the first team for at least Bajcetic, amid the ongoing injury woes in midfield, who trained with the first team alongside Clark and Woltman during the week.

In Bajcetic’s place in midfield for the U21s was Dominic Corness, one of three changes that included Mateusz Musialowski and 20-year-old Jack Bearne.

Unlike the thrilling first half the under-18s enjoyed on Saturday, scoring five in the 6-2 win, it was goalless between Liverpool and Brighton at the break with the two teams locked in battle. 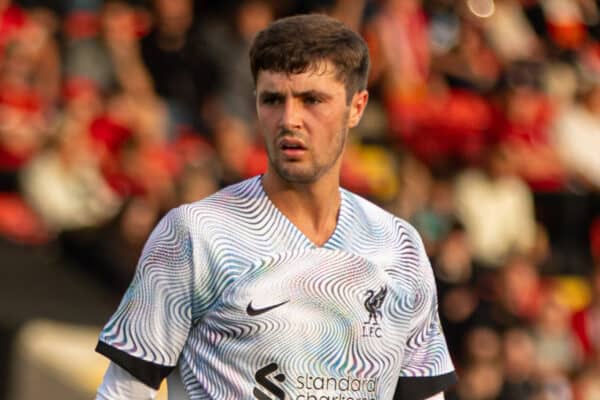 With the young Reds and Brighton having both experienced defeats on the opening day, it was a tight tussle throughout.

Lewtas’ side were not without numerous shots, few tested Thomas McGill in Brighton‘s goal, but he was up for a timely save on Corness’ free-kick that looked destined for the right top corner.

Harvey Blair then found the crossbar, as the game came to life in the final 15 minutes, and somehow the ensuing scramble did not see the ball land in the net.

But with 86 minutes on the clock, Brighton took the lead thanks to a lob over Harvey Davies by Julio Enciso, a sucker punch that the Reds then handed straight back.

Layton Stewart was the man responsible for converting Luke Chambers’ cutback just three minutes after the Reds fell behind, ensuring Liverpool did not leave empty-handed on a sweltering afternoon.

But the 19-year-old’s game ended with a red card shown in his direction after two bookable offences.