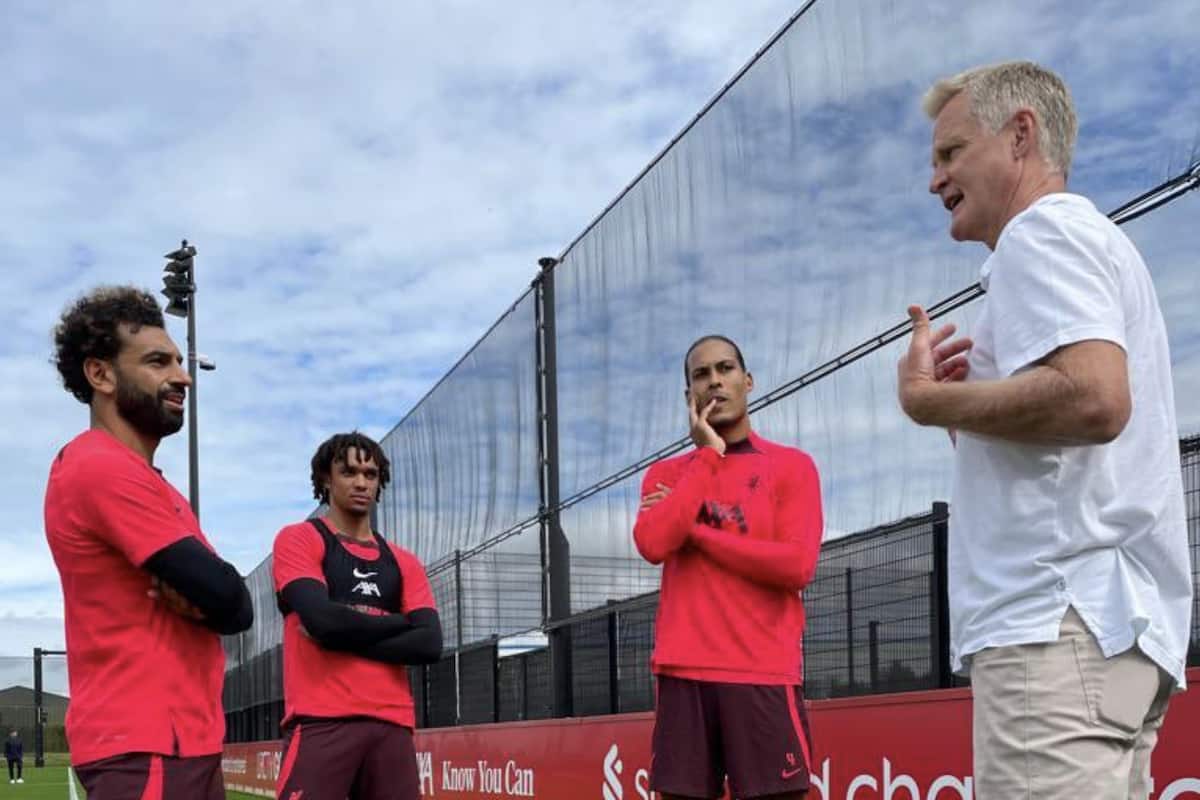 Warriors coach Steve Kerr recently dropped by during a Liverpool training session, with Mohamed Salah delighted to be in the presence of a “basketball legend.”

The Reds attract plenty of stars in the world of sport, entertainment and beyond, from Calvin Harris during the recent trophy parade and now Kerr, coach of current NBA champions Golden State Warriors.

Kerr is a basketball legend, having followed up his playing career with a move into coaching, making him a combined nine-time NBA champion.

The American coach has been an admirer of Liverpool and Jurgen Klopp after he started following the club through Mohamed Salah having lived in Egypt for a few years growing up.

Kerr and Salah were pictured rubbing shoulders at Kirkby recently, with Salah documenting the moment on his social media platforms, penning: “With a basketball legend!”

“I met with Jurgen Klopp the other day in Liverpool, which was a great thrill,” Kerr told ESPN of his visit.

Back in 2019, Kerr had this to say about Klopp’s Reds: “I love watching Jurgen Klopp. As a coach, I watch other coaches, and I can tell that there’s something bigger than the game going on with him.

The NBA coach even quoted the manager after a Warriors win over the Houston Rockets in 2019, saying, “Our guys are f***ing giants.”

It is currently the NBA’s offseason and Kerr’s visit to Liverpool comes as part of an extended trip to Europe, you sense his presence at the Reds’ training has been a long time coming.