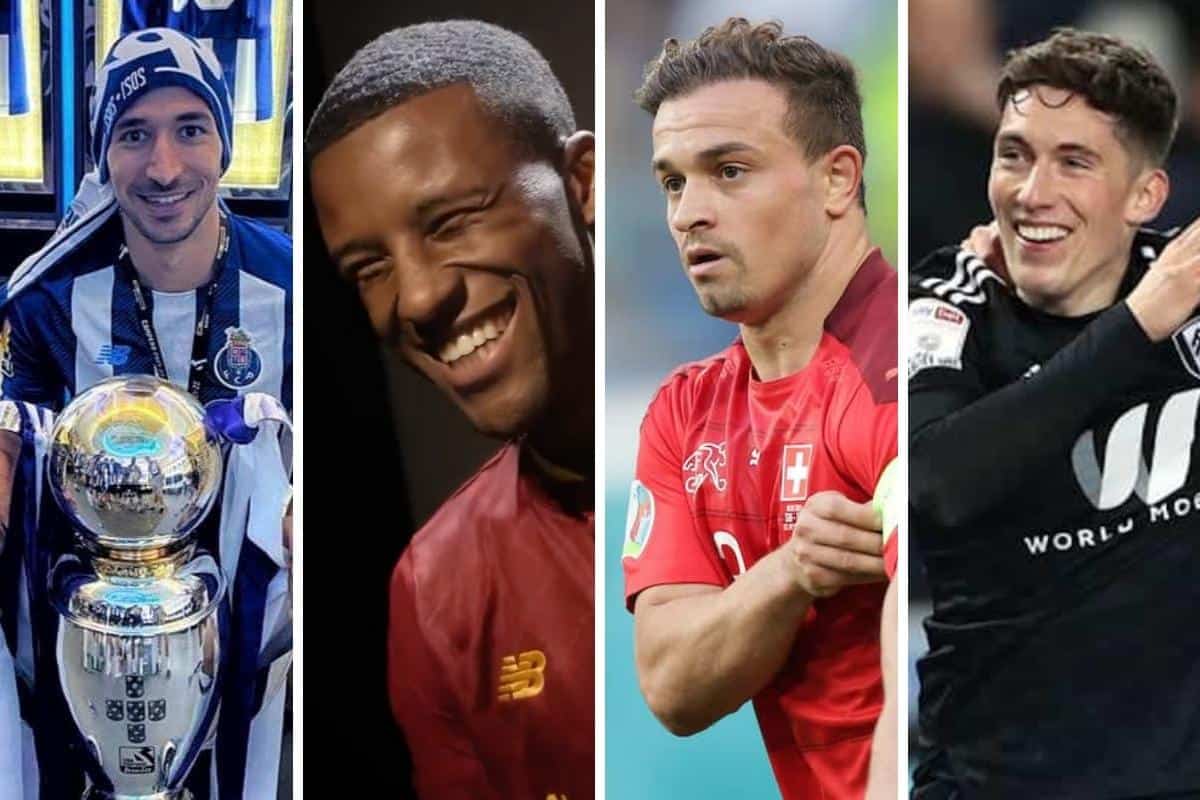 Liverpool bid farewell to 15 players last season, with two back in the Premier League and three on their second club in the space of a year.

It was another summer of change for Liverpool in 2021 as a number of players landed at a new club, with the Reds collecting valuable funds for some while others departed as free agents.

The search for new opportunities incentivised many with the door not left ajar for them at Anfield, with the rest of Europe, and even America, acting as their next destination.

There has been mixed fortunes for those that left last season, but plenty of youngsters that departed have since gone on to thrive in their new environment.

Here is where each player has since landed and how they are getting on.

After five years on Merseyside, Wijnaldum decided to make his move and Paris Saint-Germain was his choice, one that was heavily scrutinized at the time.

He was swiftly out of favour in Paris and made just 22 starts for 1,993 minutes last season, even going on to be named ‘Ligue 1 Flop Signing of the Year’ by Get French Football News.

The 31-year-old’s place with the Netherlands national team was subsequently jeopardised, no doubt playing its part in a push for another move this summer.

He finally got just that with a loan to Serie A’s Roma, with Jose Mourinho the man at the helm and a manager Wijnaldum will hope to see hand him his trust as he looks to get his career back on track.

Unfortunately, another player who believed the grass was greener away from Anfield.

Wijnaldum has already made his debut off the bench for the Italian side and now is his chance to prove he can assume a key role for Roma this season. 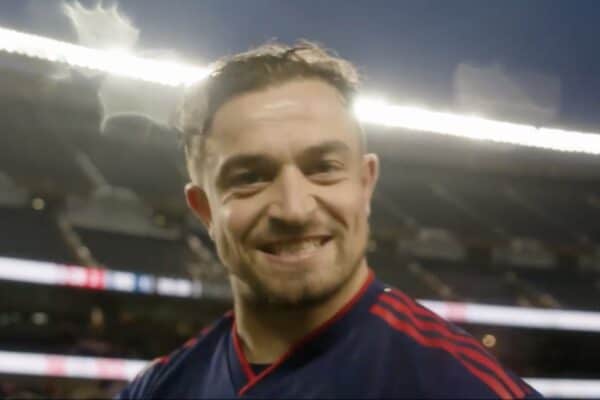 Shaqiri is another player who is already on his second club post-Liverpool, with MLS his new home after making a quick pit-stop at Lyon.

The French club agreed to a £9.2 million deal for the Swiss international and got just six months and 16 appearances out of him before he packed his bags and headed to Chicago Fire.

The initial deal with Lyon included a number of performance-based add-ons that Liverpool will miss out on, but the club will have known the risk they were taking.

Shaqiri made the switch in February as one of Chicago Fire’s Designated Players and has since made 21 appearances with a return of four goals and six assists, keeping them in the hunt for a playoff spot.

He has donned the captain’s armband on a number of occasions but has also seen his overall influence questioned amid taking up 46.2 percent of the Fire’s initial wage bill this season.

After 16 years and six loan deals while with Liverpool, Fulham finally gave Wilson a place to call home in a £12 million deal.

The 25-year-old settled in without delay, featuring 42 times with a return of 20 assists and 10 goals as the Cottagers finished top of the Championship and secured their place back in the Premier League.

A key creator for Fulham, Wilson’s success for his club was also coupled with a memorable season with Wales as he helped them on their way to their first World Cup since 1958.

A knee injury has disrupted his 2022/23 campaign and will do so for a number of weeks.

Grujic story is one of success with the midfielder’s loan with the Portuguese side leading to a £10.5 million permanent deal and a consistent place in the XI.

The 26-year-old made 36 appearances for Porto last season as they went on to win the Primeira Liga and the Taca de Portugal before adding the Portuguese Super Cup at the start of 2022/23.

A number of injuries did disrupt Grujic’s rhythm throughout the previous campaign but with three starts from three games already under his belt, he will hope to avoid a similar fate this time around.

Grujic also played alongside Luis Diaz in 40 games between October 2020 and January 2022 thanks to his loan spells and permanent move. 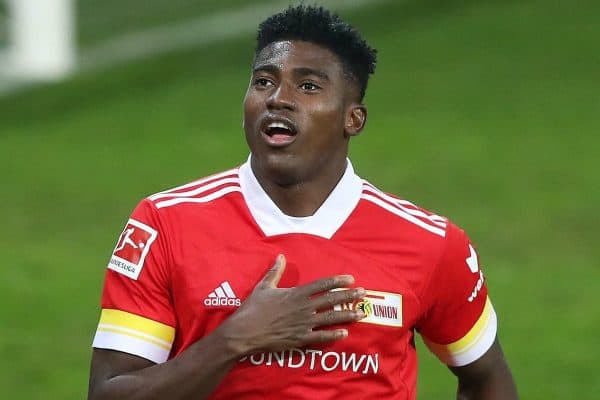 During his time at Liverpool, Awoniyi found himself on the periphery having been ineligible for a UK work permit – which has since changed.

The striker bid farewell to Liverpool for Union Berlin, with the German side making his initial loan deal permanent after striking a £6.5 million agreement with the Reds.

It was a deal the Reds placed a 10 percent sell-on clause in, which they quickly reaped a windfall for after Awoniyi became Notting Forest’s record signing this summer thanks to a £17.5 million fee.

Awoniyi caught the eye of the newly-promoted side after a total of 25 goals in 65 appearances for Union and he has not waited long to make good on their faith.

The 25-year-old was the one to bundle the ball into the back of the net in Forest’s 1-0 win over West Ham, ending a long wait for their first victory in the Premier League.

Having spent much of his time as part of Liverpool’s academy set up during his five years at the club, Millar sought out more regular senior action and it took him to Switzerland.

Liverpool and Basel agreed a fee of £1.3 million for the versatile forward and he has not looked back since, featuring 54 times with a record of 11 goals and seven assists.

The 22-year-old Canadian helped Basel finish second in the Swiss Super League last season and is now helping his side push for a place in the playoffs for the Europa Conference League.

CSKA Sofia is the side standing in Basel’s way over two legs in the final playoff round in August.

The, at times, overconfident and outspoken youngster spent a number of seasons on loan while with Liverpool before looking for a permanent place to feature regularly.

The goalkeeper landed at FC Copenhagen, in the Danish Superliga, and immediately assumed the No. 1 duties, even going into the record books for keeping out the opposition for more than 704 successive minutes in the league.

In his first season he made 44 appearances across all competitions and kept 23 clean sheets, but a facial fracture in his second game this season is to keep him sidelined for up to two months.

Another move in the summer was hinted at but Grabara remains with Copenhagen and will hope his return will help with an international bow with Poland after twice being called up without any minutes.

The youngster was offered a new contract at Liverpool but was eager to make a move with few opportunities coming his way under Jurgen Klopp, leading to a switch to Ligue 1.

The 21-year-old remains with Troyes after finishing the season with some momentum – 11 appearances in 18 games – having spent the first half of the season injured.

The 2022/23 campaign has started with greater promise with two starts at left-back from the first two games, although both ended in defeat to hint at a successive relegation battle. 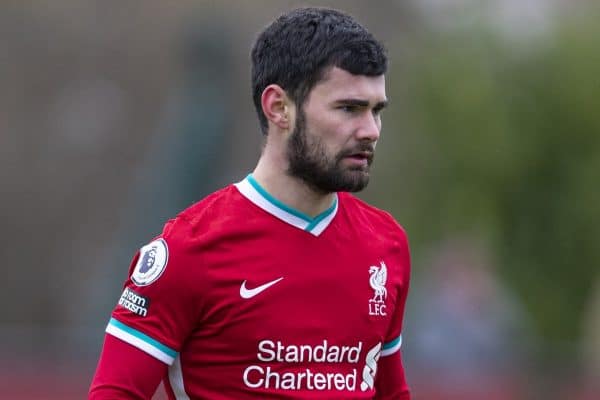 A number of youngsters were released last summer, as is the case every year, and all have found a new club but have experienced varying degrees of success.

Liam Coyle and Joe Hardy both made the move to Accrington Stanley but while the former has carved out his place in the side, the latter spent the second half of last on loan at Inverness Caledonian Thistle.

Remi Savage made the switch to Newcastle and has regularly played with the under-21s, but significant financial backing from their new owners makes breaking into the first team a tough task.

Abdi Sharif has made his return to football this summer for Wigan after impressing during a trial, while Jack Walls is plying his trade for the City of Liverpool FC.

As for Tony Gallacher (St Johnstone) and Morgan Boyes (Livingston), both made the move to Scotland in January, but a fractured leg for Gallacher back in April derailed his promising start along with preparations for the current campaign.