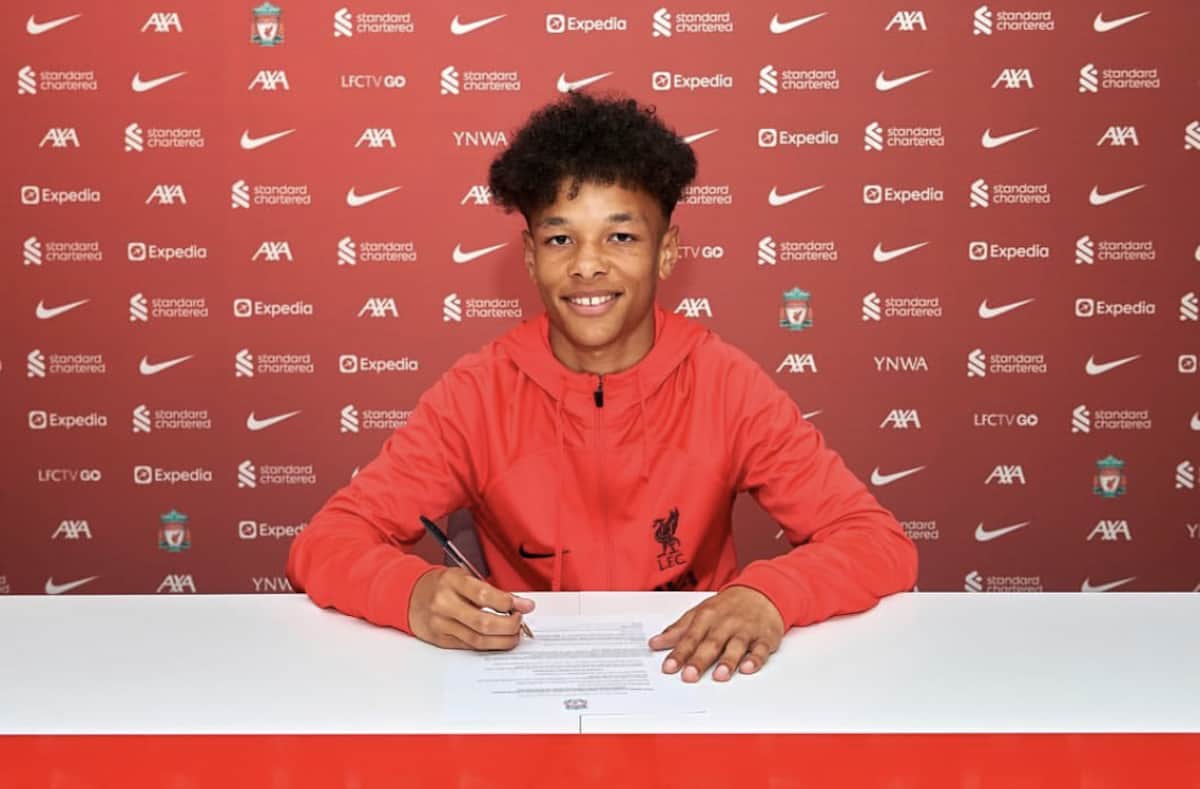 Trent Kone-Doherty shines with first 2 goals for Liverpool U18s in win vs. United

Liverpool’s exciting 16-year-old duo of Trent Kone-Doherty and Ben Doak both shone for the under-18s against Man United, with a brace from the former key in the 4-2 win.

The young Reds experienced both a win and a defeat in their opening two games, and Man United presented the next test for Marc Bridge-Wilkinson’s young side.

The in-form Doak remained a fixture in the XI, as part of an exciting front three including Lewis Koumas and Kone-Doherty – all of whom are just 16 years old.

And the latter etched his name on the scoresheet after just nine minutes, playing the perfect poacher after capitalising on a poor Man United touch to speed toward the goal, taking it around the ‘keeper and finishing with aplomb.

Liverpool had plenty of spark and energy, with Doak then going close himself before setting up Kone-Doherty with an easy tap-in for 2-0, thanks to sublime work in the buildup.

You truly sense Doak’s skillset is beyond the under-18s level, it all looks far too easy for the youngster.

After a stern word from their manager during the half-time break, Man United quickly came out of the blocks and pegged a goal back just two minutes into the second half.

But the two-goal cushion was restored thanks to centre-back and captain Terence Miles, his looping header into the side netting leading to a passionate celebration at the corner post.

It was Doak, again, that triggered Liverpool’s fourth goal of the day, driving into the box and showing the awareness to move the ball on, with it ultimately falling to James McConnell to finish into the bottom left corner.

Manni Norkett made the scoreline more respectable for Man United with a finish from the penalty spot as Ranel Young, just minutes after his introduction, gave away the penalty with a rash challenge.

The young Reds did show composure to hold on to a 4-2 victory, keeping them three points off early leaders Sunderland.