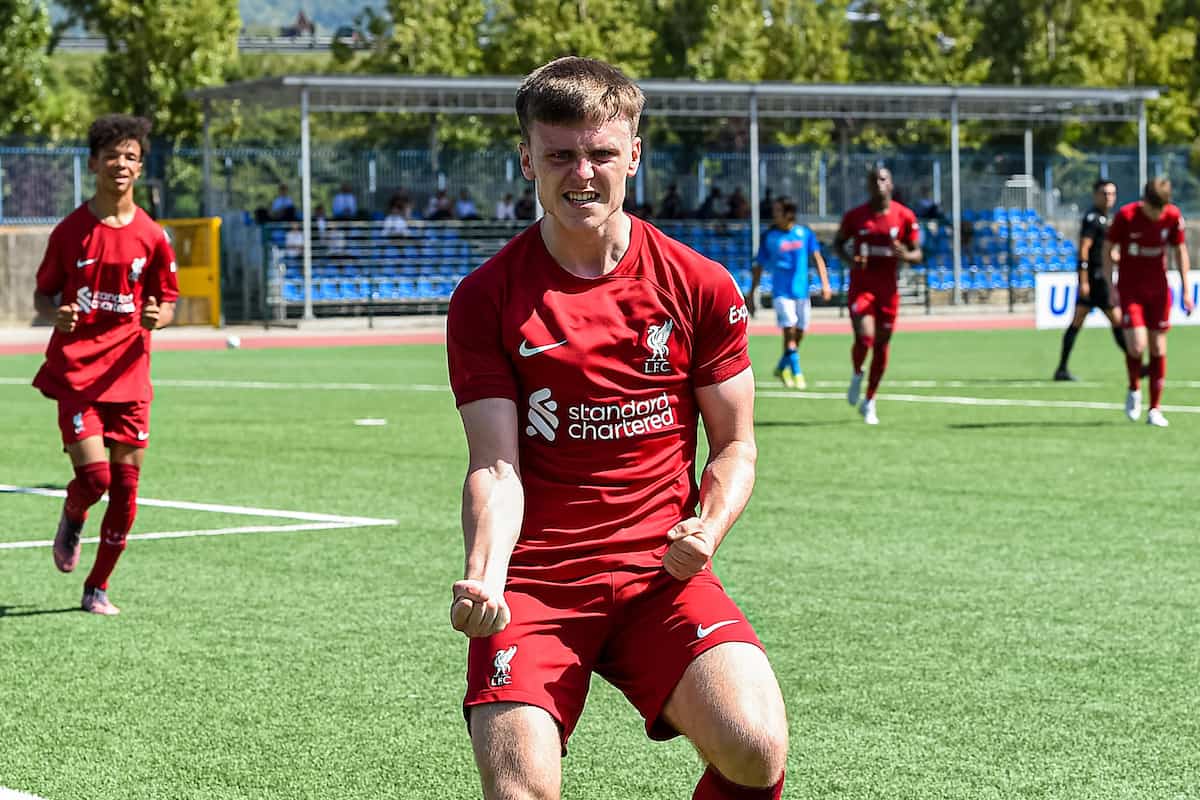 On his debut in the UEFA Youth League, Ben Doak was the star as the Liverpool under-19s sealed an opening 2-1 victory over Napoli ahead of the first-team clash.

In line with the Champions League fixtures, the young Reds got their UEFA Youth League campaign underway with Barry Lewtas calling upon an exciting side – with a mix of under-21s and under-18s and an average age of just 17.7 years.

Among those to start in Naples were 16-year-old wingers Doak and Trent Kone-Doherty, who have been in outstanding form so far since arriving from Celtic and Derry City this summer.

They provided the spark as Liverpool dominated throughout the first half, with Kone-Doherty handed the first opportunity after great pressing from James McConnell, only to fire his effort straight at the goalkeeper.

Ben Doak started to run with the ball and never stopped! ?

He scored one and created another as Liverpool U19s won 2-1 in Napoli.#UYL pic.twitter.com/a2FhFwaHKD

Doak was a constant threat on the right, driving to the byline to drill in crosses and dropping deep to thread through balls, and the Scot put the young Reds ahead before the half-hour.

Picking up the ball in the channel, Doak pushed forward at the Napoli defence, cutting onto his right foot and firing into the far corner to make it a deserved 1-0. 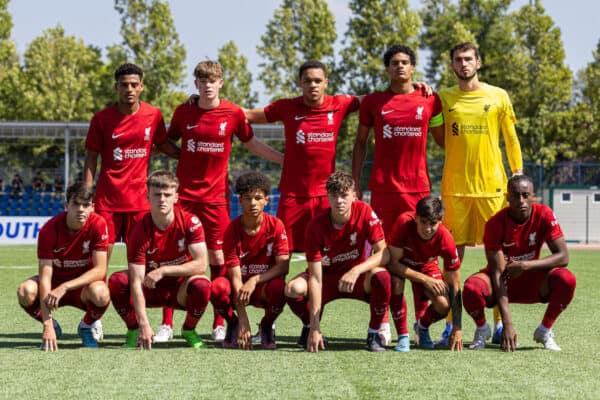 There was a strong response from the home side after the break, with Napoli exploiting Liverpool’s high line on a number of occasions with searching balls over the top.

Harvey Davies was required to deny a one-on-one with a smart stop, but soon after conceded a penalty as he brought down Antonio Pesce and allowed the impressive Gennaro Iaccarino to convert from the spot.

Frustration broke out among Lewtas’ side, but they steeled their nerve to mount a comeback, and it was through Doak again, who made his mark after a patient buildup to beat his defender and fire in a cross for Oakley Cannonier to finish. 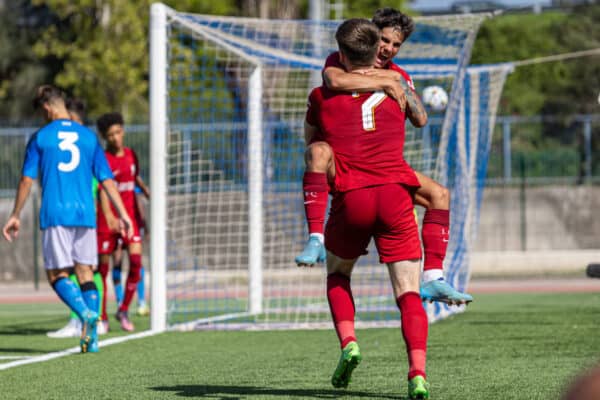 That proved to be Cannonier’s last involvement, having picked up an injury in the process, and he was replaced by another 16-year-old in Lewis Koumas, reprising the first-choice attack from U18s level.

Napoli still had chances to equalise late on, and it took a big save from Davies, judging well as the ball bounced off the artificial pitch, to keep out Dylan De Pasquale and ensure victory.

It was a big win for Liverpool and a star turn from Doak, who took his tally to four goals and two assists in four outings for his new club so far, with the visit of Ajax next up in Europe.