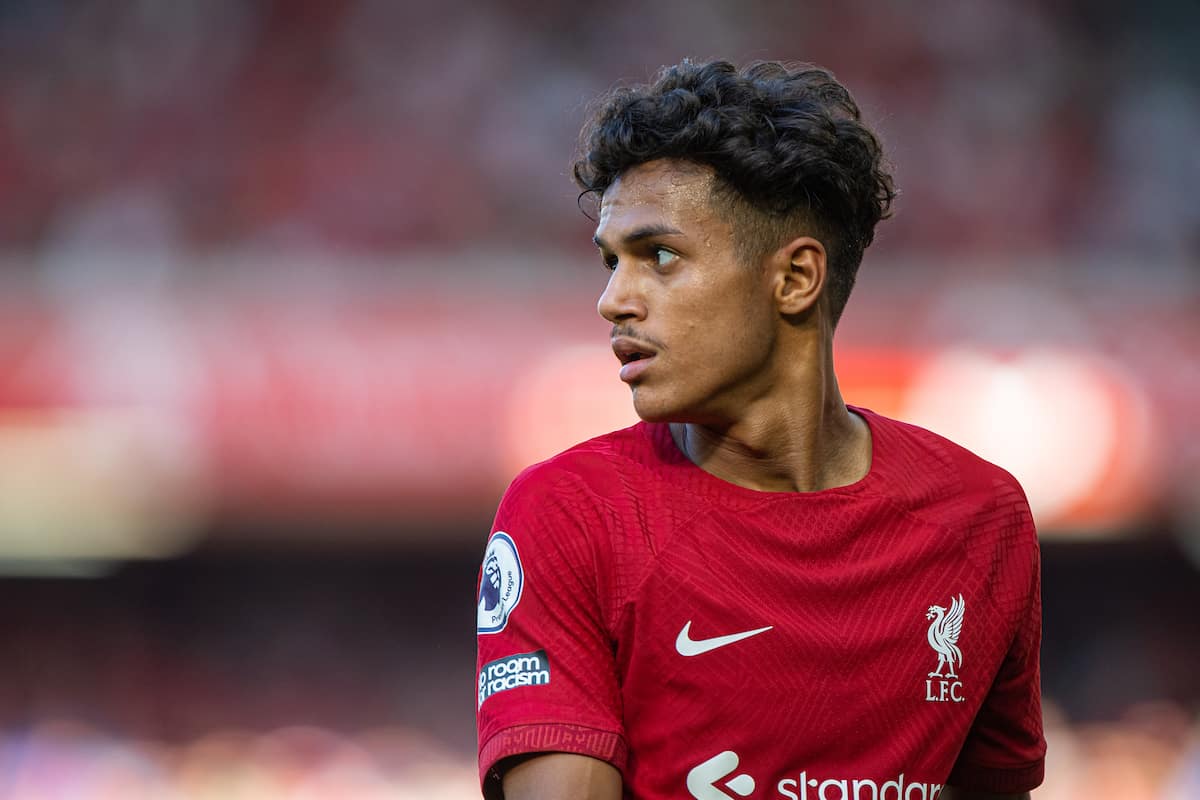 Liverpool’s schedule is relentless and the squad is already feeling it thanks to one injury after another, with Jordan Henderson‘s name added to the list on Wednesday.

It was no surprise then that when Fabio Carvalho went to ground in the first half clutching at his leg that Klopp cut a worried figure on the touchline.

The 20-year-old pushed on to half-time before being replaced by Roberto Firmino, with Klopp sensing the issue is not a serious one but the nature of the dead leg leaves him in doubt for the trip to Napoli.

“No [not serious], I’m not 100 percent sure but we all think it’s the muscles above the knee – a massive dead leg,” Klopp told BT Sport.

“Very painful and if you’ve ever had that before you can say that it’s one of the most painful things you should get.

“Should settle quickly but we will see. We play already on Wednesday so I am not sure about that.”

In his post-match press conference, Klopp added: “We have to see how quickly that settles. You could see he tried but you could see he couldn’t run properly, we just waited for half time to make the change.”

While not a serious issue, it is another knock that Liverpool could do without with their options already limited and placing extra strain on those who are currently fit.

The Reds are expected to welcome Thiago back into full training at the start of the week, though, but it is likely to be a case of the Champions League match coming too soon after a month out.

“For the Napoli game, I’m not sure, probably Thiago can train from Monday but that’s then two days of training. Not 100 percent sure.”