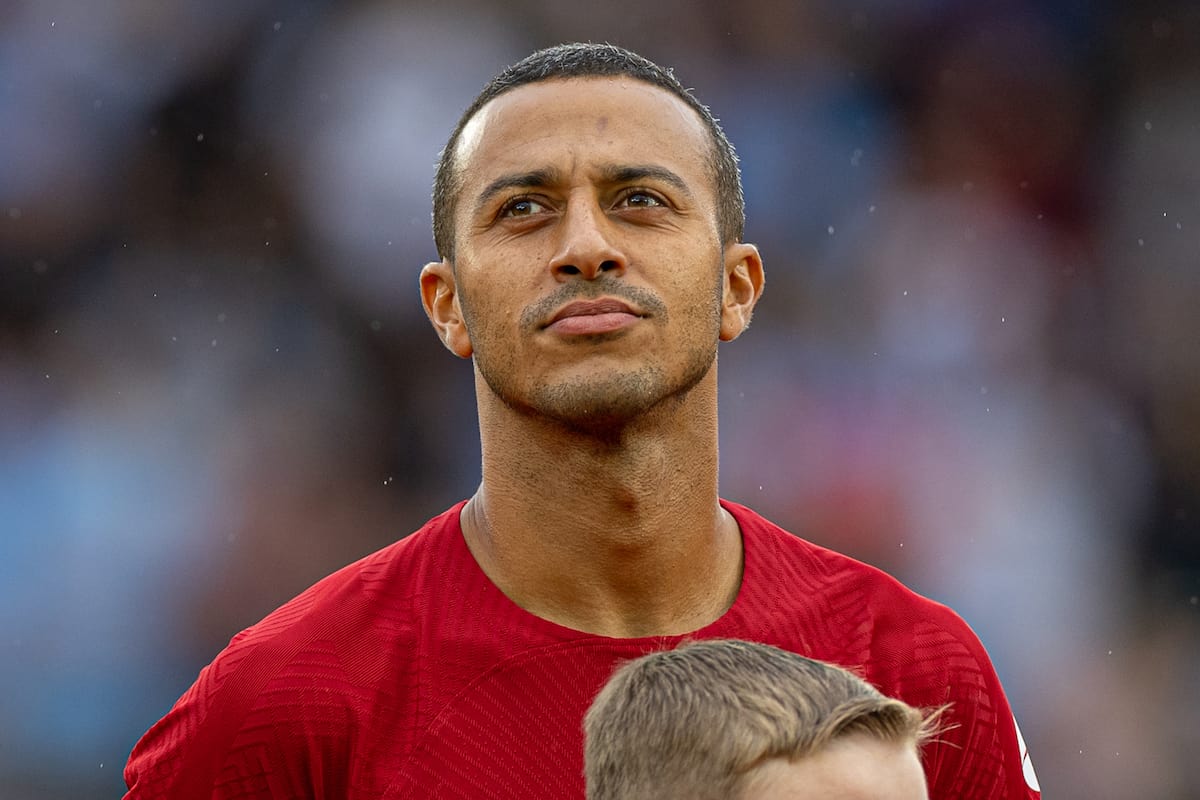 Liverpool lineup options vs. Ajax with Robertson out and Thiago in

After making his return to action against Napoli last week, Thiago is in contention to start Liverpool’s Champions League clash with Ajax on Tuesday, but Andy Robertson is the latest player to pick up an injury.

With Saturday’s Premier League meeting with Wolves postponed following the death of the Queen, the Reds have had a six-day gap between fixtures.

That may not have come at the worst time, with Jurgen Klopp‘s squad still depleted by injuries, including a new problem for Andy Robertson, and it’ll be interesting to see who lines up against the Dutch champions at Anfield.

After an embarrassing defeat in Naples, Klopp suggested it was time for his side to “reinvent themselves,” which makes his team selection for Ajax all the more intriguing.

Unsurprisingly, Thiago made a big difference to Liverpool’s midfield when he came on for the last half an hour against Napoli, and there’s every chance he’ll now be thrown in from the start.

Here, we look at two ways the Reds could line up against Ajax.

From Klopp’s pre-match press conference on Monday, we know the following: 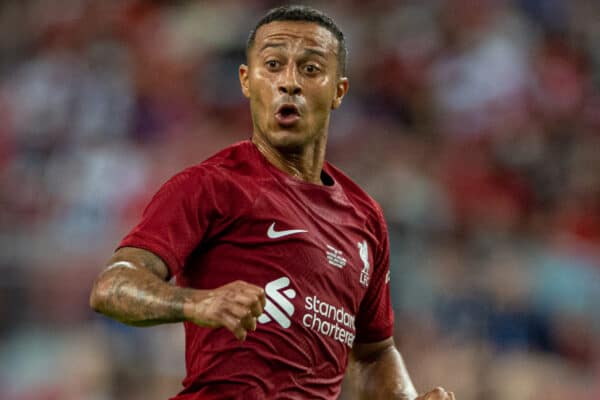 After a torrid night in Naples for Joe Gomez, Joel Matip is likely to return to the starting lineup alongside Virgil van Dijk, and with Robertson ruled out, Kostas Tsimikas should start at left-back.

With Liverpool’s midfield in desperate need of a spark, Thiago is expected to come into the side, with James Milner probably the favourite to make way.

Klopp has options in attack, but may see this as a good opportunity to work on the Salah, Darwin Nunez and Luis Diaz trio.

Could this be the XI Klopp decides to go with?

If those are the changes, this would be the Reds XI: 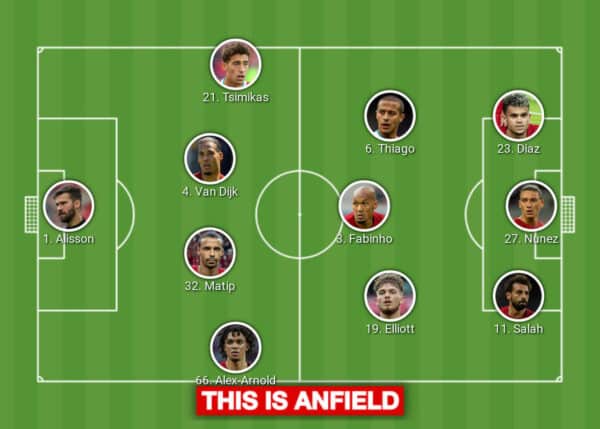 There is, however, the possibility of further changes, especially with Klopp’s admission that his team needed to offer something different after Napoli.

Given that statement, some may feel that a change of system could be on the cards, but Ajax’s style of play and tendency to try and dominate games in midfield may mean the Liverpool boss is reluctant to move away from his usual 4-3-3 formation.

Klopp may want to hand Trent Alexander-Arnold a rest, just as he did for Andy Robertson in the Merseyside derby, but that now seems unlikely due to the Scotsman’s injury.

In attack, with the likes of Nunez and Diogo Jota back in the mix, is now the time to hand Salah a rest?

If Klopp opted to take the Egyptian out, the team could look like this: 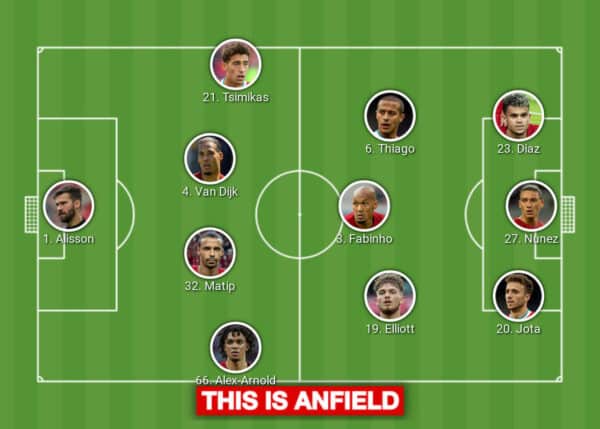 There’s every chance the team to play this game would have looked different had Liverpool’s clash with Wolves gone ahead as planned on Saturday.

The Reds have never lost their opening two group matches in European competition, and it was clear after the defeat to Napoli that something needed to change.

For those reasons, the lineup to face Ajax may be Klopp’s most intriguing team selection of the season so far.